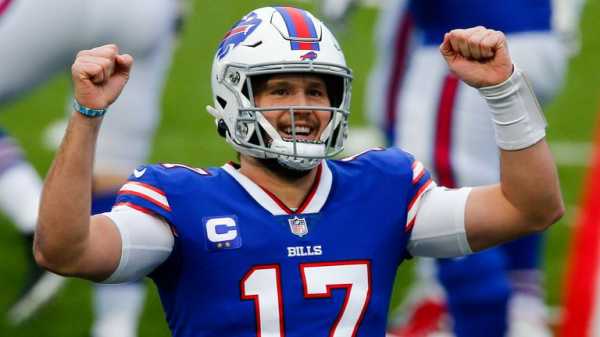 1:20 Watch the NFL Playoffs in their entirety live on Sky Sports NFL

After their first regular season apart, Tampa Bay’s new quarterback is proving his worth, while coach Belichick saw his team slip to 7-9 and out of the playoffs.

Of course, there are other factors to take into account for both Tampa Bay’s uptick and New England’s disastrous season, but let’s talk about just how impressive and stunning Brady has been in his first year with his new team. Will he ever slow down?

Finding his feet in September 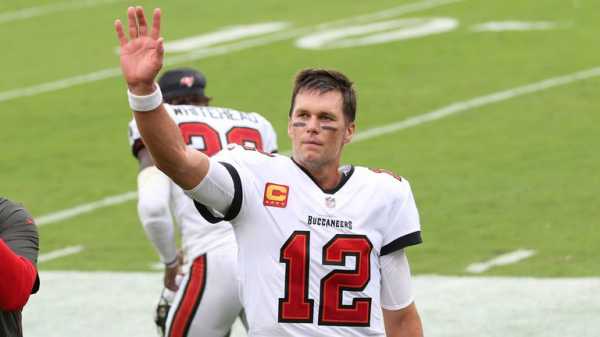 There were growing pains early doors. While he was reconnecting with old pal Rob Gronkowski, getting on the same page with the rest of his receivers, and adapting to the new offense with more of a lean towards the deep ball, Brady had a passer rating of 79.3 over his first two games.

But it didn’t take long to reach his usual high-quality level.

The Bucs still came out of those games with a 1-1 record, and Brady proceeded to toss three touchdowns followed by five in wins against the Broncos and Chargers, respectively. In those games, he had a passer rating of 116.5. That was more like it.

October’s Offensive Player of the Month 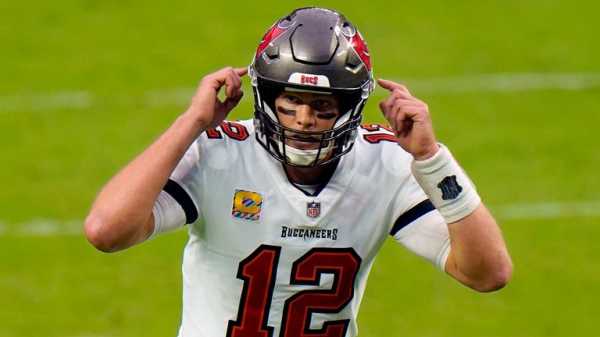 That five-touchdown performance came in the first week of October, and although the team came up short with a surprise 20-19 loss to Nick Foles and the Bears, Brady followed it up with two near-perfect performances against the Packers and Raiders.

Tampa Bay’s 38-10 thrashing of Green Bay was the only time all season any team made Aaron Rodgers and company look subpar, and Brady’s 369-yard, four-touchdown outing in Las Vegas prompted the Bucs’ Super Bowl odds to improve dramatically.

A November blip… Or two, or three 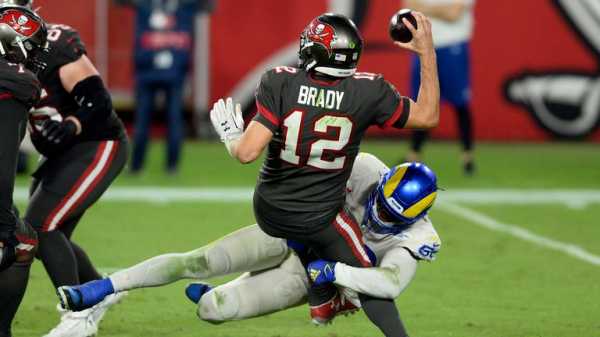 In November, some of the shine started to wear off. Three losses in five games, seven interceptions compared to just 10 passing touchdowns – had we expected too much from Brady in his first year with his new team?

They were humbled by New Orleans in a 38-3 defeat where they managed just 194 total yards. 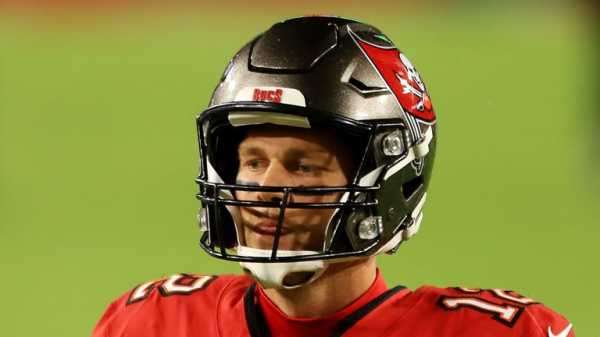 0:51 Brady threw three interceptions as the Bucs were thrashed by the Saints

Home losses to the Rams and Chiefs had some questioning whether the Bucs should be in contention as a Super Bowl contender. The offense was again slowed against Los Angeles, and the defense carved apart by Patrick Mahomes for 462 yards. 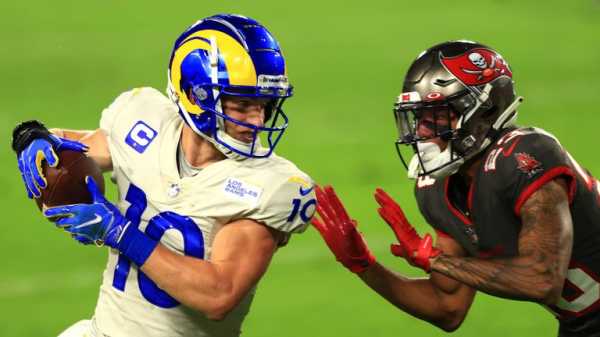 5:01 Watch highlights of the Rams’ clash with the Buccaneers in Week 11

Tampa Bay fell to 7-5 and out of the fight for the division title. After falling short against three playoff-bound teams, did the Buccaneers really have the quality go deep into the postseason?

A Week 13 bye came at the perfect time 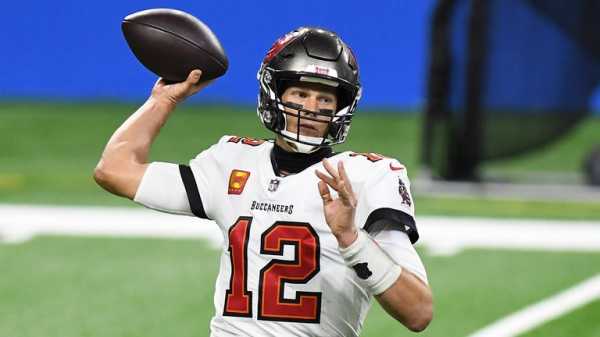 After their break, Tampa Bay came out flying and finished the season in incredible fashion with the types of games and performances we have come to associate with a Brady-led team.

In Week 15, it was the comeback. Down 17 points to Atlanta in the third quarter, the Bucs came roaring back and Brady capped off the win with a 46-yard, fourth-quarter dime to Antonio Brown. 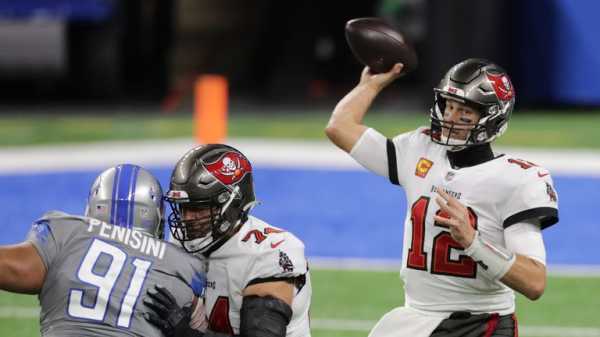 3:25 Relive some of Brady’s best plays against Detroit

The next week, the Bucs simply annihilated Detroit, so much so that they were up 40-0 at one point. Brady went 22 of 27 for 348 yards and four touchdowns… in the first half!

He finished the season with another four-touchdown performance (with a season-high 399 yards) to end the final quarter of the year with 1,333 yards, 12 touchdowns to one pick, and a 126.9 passer rating.

It is safe to say no one wants to face the Buccaneers right now.

How far can Tampa Bay go? 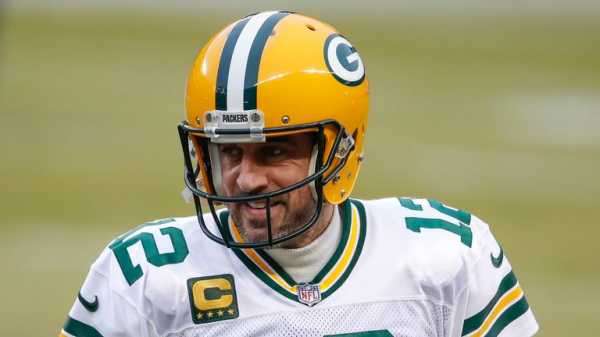 It was one of Brady’s best seasons of the last decade. His 4,633 passing yards were his most since 2017, QB rating also the best since that season, and his 40 TDs were his highest mark since 2007. There’s no doubt he has all the tools to take his team all the way.

In New England, Brady reached the championship game 13 times and had played in the postseason for 11 straight seasons.

Tampa Bay have not made the playoffs in 13 seasons, and not participated in a championship game since 2002 – when they went on to win Super Bowl XXXVII. 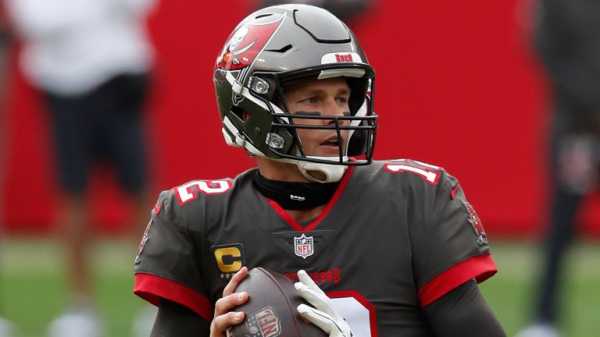 As mentioned above, they have already played a few of the NFC’s playoff teams this year. They fell narrowly to both the Bears (20-19) and Rams (27-24) and were absolutely shown up by the Saints over two losses with a combined 72-26 scoreline.

However, they were the only team all season to hand out a solid beating to the No 1 seeded Green Bay Packers. The Buccaneers have proven they are capable of scoring points (30.8 per game is third in the NFL). They have a strong defense (sixth-fewest yards against).

But most importantly, they are led by a six-time Super Bowl champion, three-time MVP, serial winner. 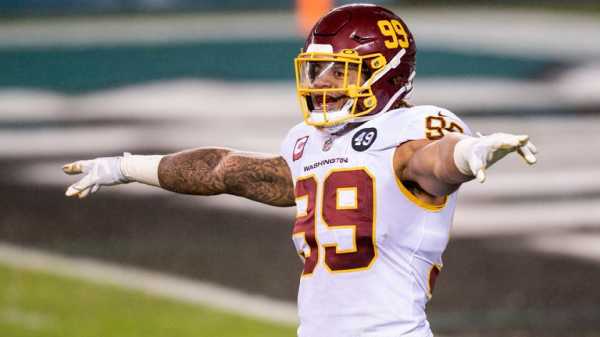 After coming out on top as the ‘losing winners’ (with their 7-9 record) of the NFC East, it would be easy to simply dismiss Tampa Bay’s opponents as a bad team. But there are reasons to believe Washington could be dangerous.

As NBC’s JP Finlay told Sky Sports this week, “it starts with Chase Young – he’s just an infectious personality. I think he’s a runaway to get Defensive Rookie of the Year.”

Young, the No 2 overall pick in last year’s NFL Draft, has been a game-changer, and as Finlay pointed out, he has made play after play in every single game since Alex Smith took over as quarterback in Week 10.

His performance against the 49ers in Week 14 – where he had a sack, two passes defended, a forced fumble, and a fumble recovery returned for a TD – was jaw-dropping. He was earlier this week named NFC Defensive Player and NFL Defensive Rookie of the Month. This is only year one.

Experienced coach Ron Rivera will need his defense to be at its best, as quarterback Smith – 5-1 as the starter this year – is struggling with a calf strain and likely won’t be at 100 per cent on Saturday night. Whether he plays or not, it will take something special to beat these Bucs.

Watch Brady vs Young/Tampa Bay at Washington at 1.15am on Saturday night/Sunday morning as part of our first playoff triple-header.