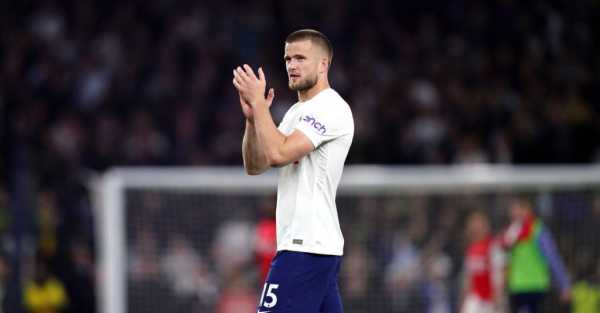 Tottenham defender Eric Dier has called on the club to capitalise on their return to the Champions League.

Spurs booked their place back in the top tier of European football with a 5-0 final-day win at Norwich, which capped a remarkable resurgence under Antonio Conte.

They were ninth when the Italian took over in November and then seven points adrift of fourth when they lost to Burnley in February but 10 wins from their next 14 games saw them overhaul Arsenal, Manchester United and West Ham to claim fourth spot.

Conte is due to meet chairman Daniel Levy and managing director of football Fabio Paratici in the coming days to discuss the future.

And Dier says it is in the “club’s hands now” to back Conte and build a squad that can challenge for the top honour.

“It’s in the club’s hands now. We’ve done our job and now it’s the club’s job this summer to do the best work they can.

“I’m sure they’ll try to do the best they can to put us in a position next season for us and the manager to continue to push on and get better and better.

“It’s not just investment. The club has a lot of room for improvement in many different areas. Everyone always points to investment but that’s just one part of it.

“There’s many areas we can improve and we need everyone to be going in the same direction. The players and the manager are. I’m sure the club will do the best they can as well.”

Conte has made it clear that his ambitions are much loftier than scrapping for fourth place and the PA news agency understands the club are planning to give him the tools to help them challenge for the top honours.

Conte immediately sounded a warning in the aftermath of the Carrow Road success, saying that the club need to understand that additions are vital.

“Today is not the right time to speak about this topic. Today is really important to celebrate this big achievement but for sure to become competitive and be ready to fight for something important you need to improve, improve a lot in many aspects and I know only one word, that is work, work, work.

“Everybody has to do the right path in this process. We need to improve a lot. Next season the league will be very difficult for all the teams.

“With five subs you can change a game. If the bench is strong like a top team, like City, Chelsea, United and Liverpool, you need to improve a lot your squad in quality aspect and numerical aspect. You have to face in England three national competitions and one in the Champions League.”