Welcome back Super League. We missed you! And what an opening weekend we had with some fantastic action.

We kicked off our live Super League action on Thursday with Leeds beating Warrington 16-12 as young Jack Walker collected the man-of-the-match plaudits for the Rhinos – as well as a broken nose for his troubles!

On Friday night we saw Castleford travel to St Helens and all eyes were on the Tigers and how they were going to react to that Grand Final loss. Unfortunately for them it was not the start they wanted with their coach Daryl Powell calling it embarrassing. St Helens, on the other hand, were on fire and showed why they are being tipped to lift a trophy or two this campaign. Ben Barba was quite sensational for the Saints as he guided them to a 46-6 win over the Tigers.

We look back at all the action from Round 1 of Super League and pick out our best and worst moments!

Game of the round 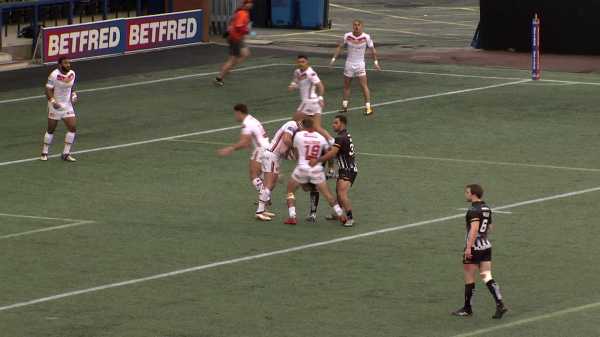 Widnes coach Denis Betts was delighted with their 40-12 win over Catalans and says the belief among his squad is pretty special.

“We’re the only group that thinks we can do anything this year,” said Betts after the game. “We’ve got a good group of players. The lads who missed out last year through injury are healthy and fit and the new lads have come in and given us a real boost.

“It justifies the targets we’ve set ourselves and the goals we’ve got.”

Try of the round 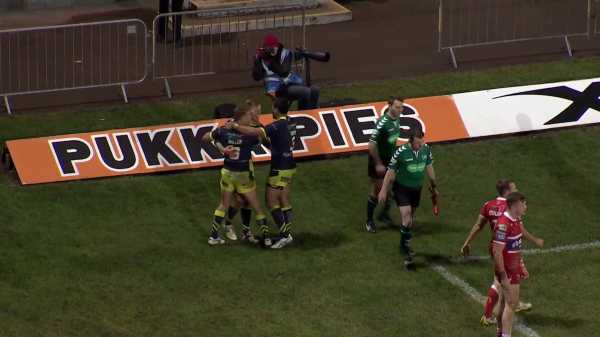 Where do we start with this one? Some absolute beauties were scored, including Ryan Hall’s solo effort for Leeds against Warrington, while Mark Percival and Fetuli Talanoa went over for hat-tricks for Saints and Hull FC, respectively.

However, Tom Johnstone’s comeback hat-trick for Wakefield gets our vote. The young winger missed most of the 2017 season with a knee injury but showed us all what we have been missing with some lovely finishes.

Player of the round 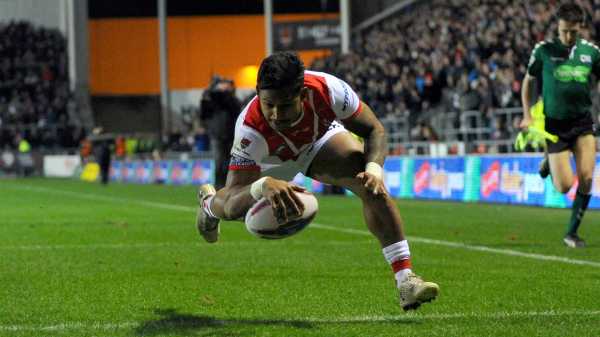 Ben Barba did not exactly have the best of seasons for St Helens in 2017 but what a start he has had in 2018. He produced a dazzling display for Saints against Castleford, including two tries of his own and creating several others as well. Barba also produced the goods in defence – especially when he dragged Eden out into touch when Cas were looking to break out. A well deserved man-of-the-match award.

Hit of the round 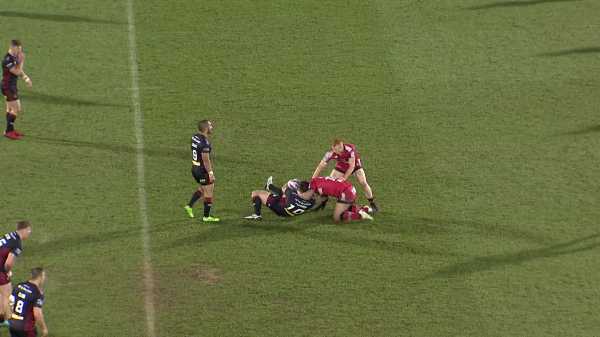 It was certainly not the start that Salford wanted as they lost 40-12 to Wigan on Friday night, but Junior Sa’u’s big hit on Tom Davies certainly caused a stir at the AJ Bell Stadium.

What were they thinking? 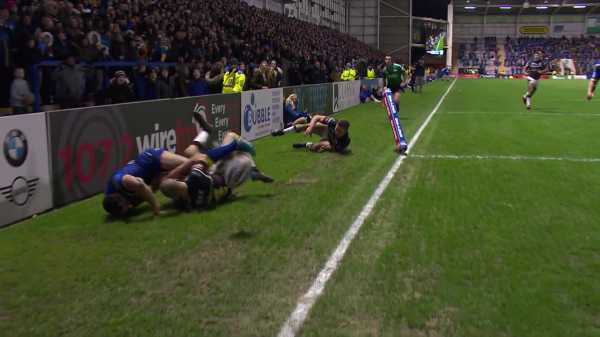 Ryan Atkins went for the glory finish only to make a hash of it!

Ryan Atkins certainly knows his way to the try line but he will want to forget all about this effort on Thursday night. He caught plenty of flak about it, but typically took it all in good faith and enjoyed a few of the memes making the rounds too!

Warrington skipper Chris Hill left his side’s Super League opener against Leeds early to be with his wife as she went into labour.

Hill, 30, left the pitch in the second half of the 12-16 defeat on Thursday evening after hearing his wife had gone into labour, and sent this tweet out later.

Adam Hills, Australian comedian and presenter of The Last Leg, showed his support by playing for the Wolves while his co-presenter Alex Brooker supported Leeds, and it was Brooker who got the bragging rights as the Rhinos came out victorious with a 22-10 win.

A panel of former Rugby League greats will chose four candidates from our live games and then it is up to you.

We will announce the vote is open for fans at around the 60th minute of each live match and it will close on approximately the 78th minute.

To vote, download the Our League App onto your phone, go to the ‘More’ section, select ‘Polls’ and then make your vote.

Meanwhile in the Championship…