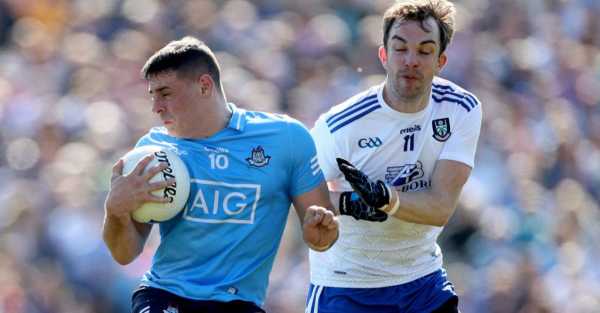 Waterford have booked their spot in next weekend’s Allianz Hurling League Division One final.

They dominated from start to finish to beat Wexford in the semi-final 5-20 to 0-16. The side will be without Austin Gleeson for the decider with Cork, after the Mount Sion man was sent off for an off the ball incident.

Deise boss Liam Cahill said they have been in this position before and will be ready to capitalise.

The final between Cork and Waterford will take place on Saturday at 7:15pm in Thurles. That will be preceded by the Division Two final between Down and Westmeath at 4:45pm.

In the Allianz National Football League, Mayo will take on Kerry in the Division One final.

James Horan’s men sent Kildare to Division Two with a 2-20 to 0-18 win in Carrick-on-Shannon. Kerry were already through to the decider and lost 1-15 to 1-11 to All Ireland champions Tyrone.

The final has been fixed for Croke Park at 4pm on Sunday. The Division Two final between Roscommon and Galway throws in earlier at 1.45pm in headquarters.

Elsewhere, Dublin have been relegated from Division One after a last-minute Jack McCarron free gave Monaghan a 3-13 to 1-18 win in Clones.

The recent six-in-a-row All Ireland champions will play in the second tier for the first time since 2007. Dublin manager Dessie Farrell said their relegation gives his side food for thought going forward.

In Sunday’s other Division One meeting, a late Paddy McBrearty point gave Donegal a 1-14 to 1-13 win over Armagh.

In Division Two, Roscommon and Galway will be promoted after the Rossies beat their Connacht neighbours by 1-20 to 1-15.

Offaly will play Division Three football next season after being pipped by Cork this afternoon, 1-21 to 1-20. Down have also been relegated as they were beaten by Clare 2-14 Down 1-9. Elsewhere, it finished Meath 2-11 Derry 1-16.

In Division Three, Limerick and Louth have been promoted after wins over Fermanagh and Wicklow respectively. The Garden County are relegated to Division Four, alongside Laois who were beaten 2-17 to 1-13 by Longford.

Scottie Scheffler and Kevin Kisner are battling it out to see who will be this year’s WGC Match Play champion.

The final is under way and Scheffler is three up through seven holes. Meanwhile, a third place playoff between Dustin Johnson and Corey Conners is under way, with Conners three up thru nine.

Seamus Power is out of the tournament in Texas, after the Waterford man was beaten three and two by Scheffler in the quarter-finals. Scheffler could be world number one with a win in Austin.

Elsewhere, Graeme McDowell has finished inside the top 50 after the final round of the Puntacana Championship.

The Portrush native had an up and down day, with six bogeys and three birdies to end three-over for the day. He was four-under all round and in a tie for 50th. American Chad Ramsey leads by one on 17 under par.

Meanwhile, Stephanie Meadow is into the top 10 during the final round of the JTBC Classic in California. The Antrim woman is three under thru eight to lie on 11 under for the tournament and in a tie for 7th.

Two double bogies have sent Leona Maguire tumbling down the leaderboard. She’s two over after 12 holes, four under for the tournament and in a tie for 43rd. Nanna Koerstz Madsen leads by three on 16 under par.

He overtook Charles Leclerc late on to claim his first victory of the season. Leclerc’s Ferrari teammate Carlos Sainz was the final man on the podium in third.

The Republic of Ireland have shown the progress they’ve made in the last 12 months with a 2-2 draw with Belgium in a friendly at the Aviva Stadium on Saturday.

Stephen Kenny’s side came from behind twice against the world’s top-ranked side a year after losing to Luxembourg in Dublin.

Captain Seamus Coleman says they must now show they can challenge for major tournaments.

France have opened their Tik Tok Women’s Six Nations campaign with a win, dominating Italy to come away with a 39-6 bonus point victory.

New Ireland head coach Greg McMilliams said he was proud of his players after their opening game, where a late fightback from Wales saw them beaten 27-19 by the visitors at the RDS.

It was McMilliams’ first competitive game in charge.