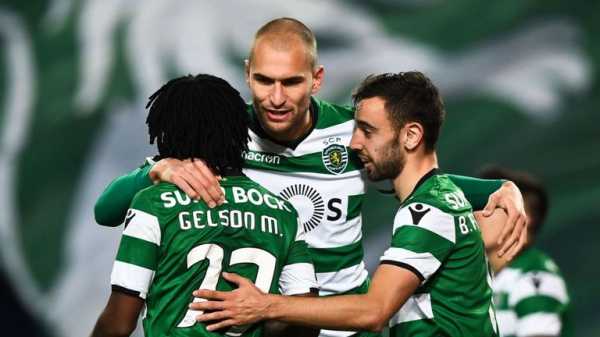 We examine the crisis engulfing Portuguese side Sporting Lisbon and look at what it could mean for Premier League transfer targets such as Gelson Martins and William Carvalho.

Sporting have been plunged into meltdown after a stormy season on and off the pitch – and they now face losing their best players on free transfers.

But what exactly is the situation? How did it come to this? And could Premier League sides like Arsenal and Everton profit from the chaos?

The disarray stems from an incident in the middle of May, when a group of around 50 masked supporters broke into the Sporting headquarters and physically assaulted players and staff as they were preparing for a training session ahead of the Portuguese Cup final against Aves.

Sporting went on to lose that game 2-1, capping a disappointing season in which they missed out on Champions League qualification, but it was hardly surprising that the players were not at their best. Dutch striker Bas Dost, who sustained a head injury during the attack, revealed this week that he had been diagnosed with post-traumatic stress disorder.

“Some Sporting players thought they were seeing the end of their life,” Jaime Marta Soares, the president of Sporting’s general assembly, said in an interview with Expresso. Soares went on to describe the incident as “inhumane” and “an act of terrorism”. 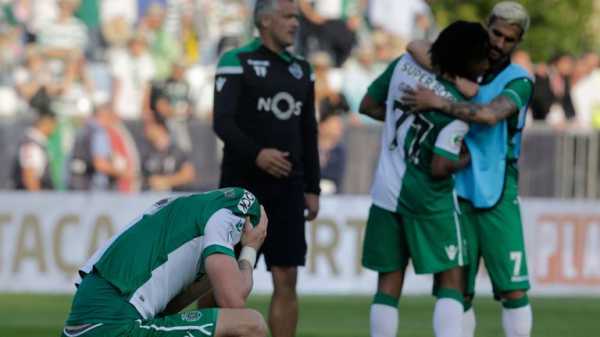 Police detained more than 20 suspects in the wake of the attack, but the motivation behind it remains unclear.

Many players have turned their attention to finding a way out of the club as a result, with long-serving goalkeeper Rui Patricio and young forward Daniel Podence becoming the first to break their contracts, citing ‘just cause’ in relation to the lack of safety and protection highlighted by the attack.

This week, Portugal internationals William Carvalho, Gelson Martins and Bruno Fernandes have followed Rui Patricio and Podence’s example by informing the club that they too will be rescinding their contracts.

Sporting, already without a manager following the departure of Jorge Jesus to Saudi club Al-Hilal last week, are now facing the prospect of losing a raft of key players.

‘The Donald Trump of Portuguese football’

The club’s president, Bruno De Carvalho, is a key figure in the story. The 46-year-old, Sporting’s president since 2013, has been described as Portuguese football’s answer to Donald Trump and the club’s current plight owes a lot to his fractured relationship with the playing squad.

The damage was done in April, when De Carvalho threatened 19 Sporting players with suspension after they questioned his public criticism of their performance in a 2-0 defeat to Atletico Madrid in the Europa League quarter-finals. De Carvalho had described their display as “stupid” and singled out defenders Sebastian Coates and Jeremy Mathieu for criticism. 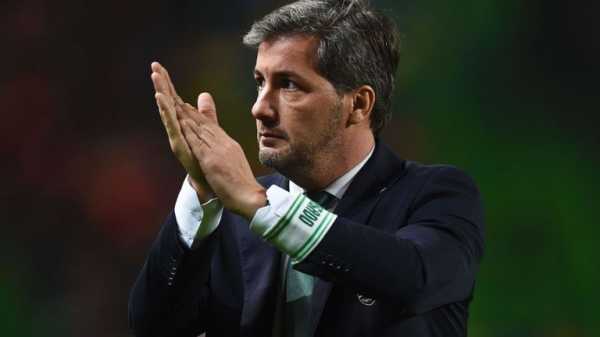 Sporting’s players proclaimed their “disgust” with De Carvalho’s comments in a jointly-released statement, to which he responded: “I’m fed up with spoilt children who don’t represent anything or anyone. This time, my patience has run out for those who think they are above the club and any sort of criticism.”

It was not the first time De Carvalho had provoked controversy. Last summer, he engaged in a notorious war of words with West Ham’s co-chairmen David Sullivan and David Gold over their pursuit of Carvalho. He has also made an enemy of Portuguese super-agent Jorge Mendes.

According to O Jogo, Sporting are now being forced to take action against De Carvalho. The Portuguese newspaper say a supervisory committee have suspended him from his position and banned him from entering Sporting’s Alvalade stadium.

What next for Sporting’s stars?

De Carvalho’s reported suspension could prevent the situation from spiralling further out of control, but it surely comes too late for the players who have already decided to rescind their contracts.

Premier League clubs are monitoring them closely, with Sky sources saying Arsenal are one of a number of sides interested in signing Gelson Martins. The 23-year-old winger, who has previously been linked with Liverpool, is sure to be an attractive free agent having scored eight goals and provided eight assists in 31 Primeira Liga appearances last season. 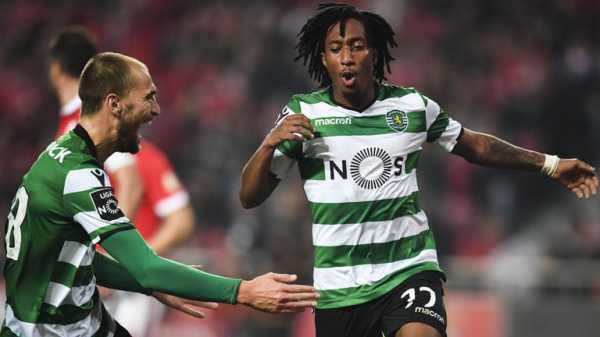 Midfielder William Carvalho has been linked with Arsenal in the past and last summer he was close to joining West Ham, who eventually withdrew their interest over fitness concerns and Sporting’s refusal to lower their £40m asking price. Now, however, Sky sources say he is a target for Everton, whose new manager Marco Silva has worked with him before.

Bruno Fernandes is attracting interest, too. The playmaker has been linked with Premier League sides in previous years but it now seems his most likely destination is Italy, where Roma are said to be leading AC Milan in the race for his signature. “I think in three or four days we will know more,” his agent, Miguel Pinho, told LaRoma24.

Rui Patricio, meanwhile, has been tipped to join the growing Portuguese contingent at Wolves. The newly-promoted side have already sealed a loan deal for Mexican striker Raul Jimenez from Benfica, and reports suggest the 30-year-old will become their latest signing from the Portuguese league.