0:53 Sonny Bill Williams explains how his Islamic faith has helped him thrive in multiple sports and codes including rugby league, union and boxing.

“It has been a real whirlwind experience and I’ve had to take it in my stride, but probably the toughest thing for me is after two months being away, getting home to see the kids and then after a week having to leave again,” Williams told Sky Sports.

“I’ve been copping some pretty tough phone calls from back home with the little ones and my middle child, she’s just fiery. She’s saying: ‘No more going on the planes! Come back home!’

“That’s probably the biggest thing, but when it comes to this kind of stuff it just is what it is. I’m grateful and blessed to have this opportunity, and my mindset of how I try to look at things in a positive way, this is such an awesome opportunity.”

The frantic nature of how everything has unfolded is underlined by the fact Williams did not even meet face-to-face with Toronto head coach Brian McDermott until after New Zealand’s semi-final defeat to England at the World Cup, with the deal being agreed soon after.

It meant there was little time to discuss the move with his family as well and although Williams admitted it was not the easiest conversation to have with his partner Alana, relocating their lives to Canada is a challenge they will be embracing.

“It’s not all sunshine, to be honest, when I had that conversation with my wife,” Williams said. “But she’s a good lady, she understands there’s no me without her and no her without me, and that’s how we try to live our lives.

“She understands this purpose means a lot to me and it means a lot to her. It’s going to be tough with four young kids, but the more we can turn that into an adventure for all of us – it’s something we never thought we’d be able to do so we’ll try to take it with two hands open.”

On the sporting side, the challenge for both Williams and the Wolfpack is to continue growing rugby league in their home city – where the sports market includes the hugely popular Maple Leafs ice hockey team, reigning NBA champions the Raptors and Major League Baseball franchise the Blue Jays – and across Canada.

Williams has no time for the naysayers who believe the project is little more than an expensive folly, pointing to the club’s rapid rise to Super League in just three seasons and the impressive crowds they regularly draw to Lamport Stadium.

He is in no doubt he has to play a key role in ensuring that growth continues, not to mention opening up opportunities for players. 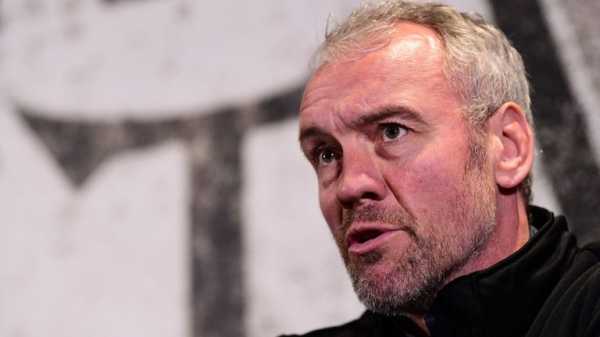 “Everything has got to start somewhere and the lucky thing for us is having an owner who has wild dreams of what he wants to achieve.

“If that all comes to fruition, it will open so many doors and opportunities for young players like myself who came from nothing.

“I believe your purpose always has to have a little bit of selflessness and that’s part of how my mindset is.”

Williams has amassed an impressive sporting CV during his 15-year career as a professional athlete, being part of sides which have been crowned NRL and Super Rugby champions, helping the All Blacks to two Rugby World Cup titles and even becoming heavyweight boxing champion of his homeland. 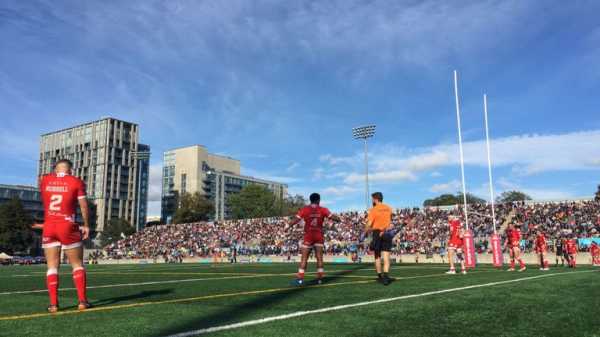 Do not think for one minute that, at the age of 34, Williams is planning on winding down his career in Toronto over the next two years though. If anything, he sees the most exciting part of it as still to come.

“I really believe that,” Williams said. “Athletes are still performing well into their 30s with advances in sports science, and I’ve been a Muslim for 10 years now and trying to live the cleanest life I can which has put me in good stead for this opportunity

“I’m keen to get amongst it, keen to work hard, keen to play Super League and keen to play league again. I’ve met the lads and people from the organisation, and they all seem like really good people.

“The boys seem like they’ve got a really good chemistry going on there and they’re led well by (Toronto captain) Jon Wilkin.

“If you’ve got good leaders at the club both on and off the field, which they seem to have, then generally they have that growth mindset where they want to learn. From my experience looking into it, we’re in a good place.”