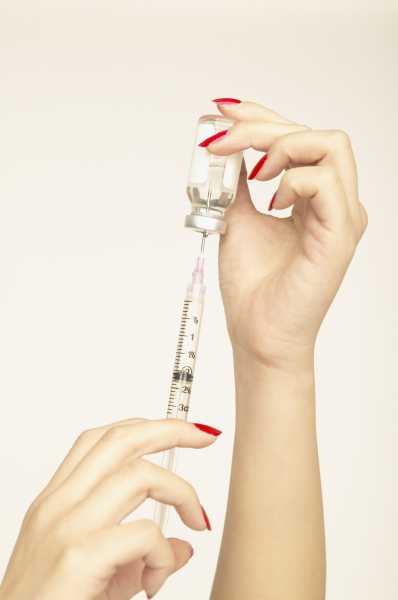 There’s a school of thought that refusing vaccines on behalf of your children amounts to child abuse, and that parents should be punished for their decision. We know vaccines are overwhelmingly safe and effective at preventing the spread of disease, and failing to immunize children can put them (and vulnerable people around them) at tremendous risk of illness or even death when outbreaks occur.

Now it seems that Germany, Australia, and a number of other countries are fed up enough with vaccine-refusing parents that they’re experimenting with punitive measures. We haven’t quite reached the level of child abuse charges, but moms and dads in these countries may face fines if they fail to give their kids the recommended shots. In Australia, the directors of schools that let in the unvaccinated kids would be fined, too.

This marks a pretty aggressive shift in how we manage vaccine refusers and the costly, deadly outbreaks of diseases like measles and whooping cough they help spark.

Here’s a quick roundup of the global crackdown on vaccine-refusing parents:

These fines come amid a growing problem with measles globally. Over the past two years, measles cases have been edging up in countries around the world, with a 300 percent rise in cases over the same period in 2018, according to the World Health Organization.

Many countries where measles had been declared eliminated have recently lost that status, including Britain, Greece, Brazil, France, and Germany. With more than 1,200 measles cases this year — the largest number for any year since 1992 — the US also nearly lost its measles elimination status.

Before we consider punishing American parents, we might try this

Here, vaccine skeptics have also been persuading more parents in a number of states to refuse shots for their children. So is the US ready for a similar crackdown?

Punishing parents for doing things that could harm their kids is not without precedent in the US. For example, there are laws in various states requiring parents to use car seats or seat belts for their children or else pay a fine or be docked driver’s license points. Same goes for firearm storage laws.

But before we start fining anti-vaxxers, there are some much more basic steps the US could take that would improve vaccination rates. And they involve simply making it harder for parents to opt out of routine shots on behalf of their kids.

Vaccines fall under the public health jurisdiction of the states. And there’s currently a lot of variation across the US when it comes to immunization requirements.

Even though all 50 states have legislation requiring vaccines for students entering school, 45 states allow exemptions for people with religious beliefs against immunizations, and 15 states currently grant philosophical exemptions for those opposed to vaccines because of personal or moral beliefs. (The exceptions are Mississippi, California, and West Virginia, and more recently, New York, and Maine, which now have the strictest vaccine laws in the nation, allowing only medical exemptions.)

Perhaps unsurprisingly, the parts of the country that make it easier for people to opt out of their shots tend to have higher rates of … people opting out of vaccines. So a lax regulatory environment can create space for more parents to refuse vaccines.

That’s why some states have been moving to crack down on this trend — most notably California — which is already seeing success in terms of boosting vaccine coverage rates.

In 2015, another measles outbreak prompted California’s former governor, Jerry Brown, to sign a bill, SB277, that abolished all nonmedical exemptions. And the California experience is instructive for other states that might want to close some of their loopholes.

According to the state health department, the number of kindergarten students in the 2017-2018 school year with all their required vaccines was 95.1 percent — a 4.7 percentage point increase over 2014-2015 and the second highest reported vaccine rate since health authorities started tracking. A recent analysis, published in JAMA, put the opt-out rate at 4.8 percent by 2017.

Hidden within that increase is some conflicting data, said Saad Omer, director of the Yale Institute for Global Health. Since the law was enacted, medical exemptions have also increased, suggesting there may be an unintended effect of the crackdown on nonmedical exemptions.

That’s because something else was going on in California, and it offset that increase in medical exemptions: In parallel with abolishing nonmedical exemptions through SB277, California launched the “Conditional Entrant Intervention Project” in 2015. The idea was that public health professionals would work with local health departments to identify schools granting high rates of conditional entrants, and work with them to bring them down.

Between 2014 and 2015, Omer and his colleagues found a sharp 23 percent decline in the conditional admission rate. So even with the rise in medical exemptions, the overall vaccine exemption rate still went down thanks to the decline in conditional vaccine entry to schools.

Omer told Vox, “I’m not discounting eliminating nonmedical exemptions. It’s a reasonable option. But it may not resolve all issues.” That’s why California is now cracking down on bogus medical exemptions, too.

That means simply outlawing nonmedical exemptions may not be a panacea in states that have a high percentage of parents using their social capital to spread anti-vaccine views. And as we saw in California, a ban on nonmedical exemptions could even backfire if other vaccine loopholes are left open.

But lawmakers should look for ways that make it more inconvenient to opt out — by doing things like introducing exemptions with regular renewals. Fewer than a dozen states require annual — or more frequent — recertification for medical exemptions. So for example, if a child in a K-12 school gets an exemption in kindergarten, it will follow them through to college. She’ll never be asked to renew that exemption. Or, lawmakers could crack down on the conditional entry to school.

And they should move fast. The percentage of people seeking nonmedical exemptions — while still small — has also been creeping upward, from 1.1 percent in 2009-2010 to 2.2 percent by 2017-2018. Outbreaks in recent years have also been getting larger, Omer said. “That’s the canary in the coal mine for me.”