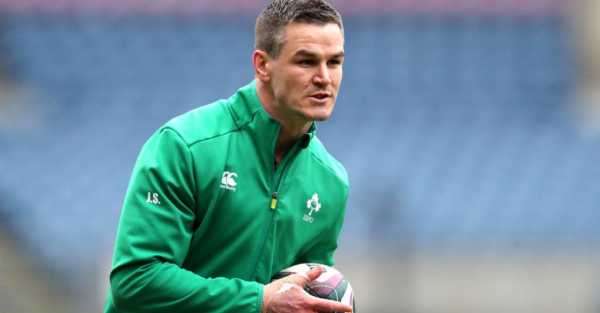 Ireland captain Johnny Sexton feels the squad must use the Autumn Nations Series to help build a consistent run of performances needed to get them “ready to take on the world” at France 2023.

Head coach Andy Farrell has named a 38-man squad, including a return for Simon Zebo following a four-year absence, heading into games against Japan, New Zealand and Argentina in Dublin during November.

Having beaten England 32-18 at the Aviva Stadium in March to end the Guinness Six Nations campaign on a high, Ireland extended their winning streak to five matches with summer victories over Japan and the United States.

With Sexton – who was rested for those two fixtures and has shaken off a recent hip problem – as well as the British and Irish Lions players now all back in the fold, attention quickly turns to the mindset needed to tackle the challenges ahead full on.

“It is a big series of games for us,” said the 36-year-old fly-half, who stands on the verge of winning his 100th Ireland cap

“We have had some great performances and some average performances, so it is about getting that level of consistency where you don’t see us going up and down, you see that standard that we want to set.

“We have won our last five games in a row, but it is about quality of performance.

“Will it be hard? Yes it is going to be a challenge, a lot of guys could be a bit undercooked, having not played many games for their clubs.

“We are playing against teams which are battle-hardened.

“We have to set our standards high and expect performances of ourselves.

“We proved over the Six Nations we have big performances in us, but we need to make sure they are in us across the three games.”

Sexton continued: “We have spoken about that (the road to the World Cup), with a two-year block ahead of us.

“It is about how we are going to get ourselves into the position going into that tournament where we are the best we can be, full of confidence and ready to take on the world.

“This block starts now – we want to see continuous improvement and consistency that everyone is proud of.

“The focus is all on Japan now to get off on the best foot possible.”

Ireland are set to face the All Blacks in front of a full-capacity crowd at the Aviva Stadium on November 13th, providing no additional coronavirus restrictions on numbers are imposed.

New Zealand were beaten on their last trip to Dublin back in 2018, but will head into the fixture on the back of a successful Rugby Championship campaign.

“When you talk about playing the All Blacks in front of a full stadium, if that doesn’t get you up for what is ahead, then nothing will,” Sexton said.

“We have missed the crowd so much, especially for the home games.

“It was something I took for granted and then when they are not there you kind of get used to it a bit, but to have them back has been brilliant.

“We have had some great crowds with Leinster, but a full crowd at the Aviva for an international, there is nothing like that, so we can’t wait.”

Farrell also had an eye on the future when naming his Autumn Nations Series squad, with Leinster duo Dan Sheehan and Ciaran Frawley two players hoping to earn a first senior international cap.

“The squad has a good balance, and we still have a few old heads knocking about which you need, and there are some fresh faces in,” Sexton said.