Mark Selby finally cracked at the Crucible as the defending champion lost in the first round – and Ronnie OSullivan could follow him out of the tournament on Sunday.

A stunning opening day of the Betfred World Championship saw defending champion Selby bundled out 10-4 by veteran Joe Perry, while OSullivan was unusually subdued as he fell 6-3 behind against Stephen Maguire.

If OSullivan can somehow turn that match around on Sunday morning, he will know the exit of Selby bolsters his chances of landing a sixth world title.

Selby, the man whose game was described as granite by runner-up John Higgins after last years final, saw his defence hit the rocks in a remarkable upset. 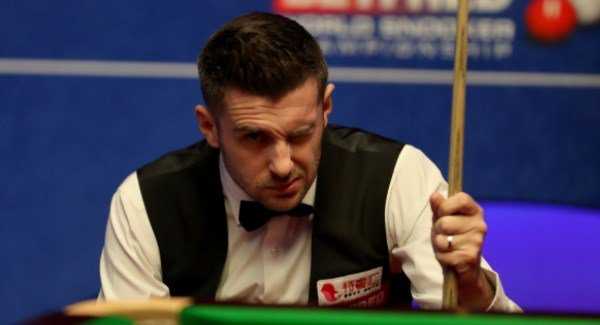 Perry clinched his win with a break of 90 before shaking hands with his jolted opponent.

Selby looked shocked. The 34-year-old Leicester man was bidding to become just the third player, after Steve Davis and Stephen Hendry, to reel off three successive world titles since the tournament made Sheffield its permanent home in 1977.

Instead he capitulated against a player in the autumn of his career, going 4-0 down and never presenting any persuasive evidence that he could reel in Perry.

Comebacks are a Selby speciality so Perry was taking nothing for granted when they returned in the evening, but instead of a full-on assault on his lead he was met with a token response.

Perry reached the Crucible semi-finals in 2008, losing a gripping match 17-15 to Ali Carter, and has dipped to 22nd in the world rankings.

Selby tops that list and has done so at the end of each season since 2012/13, but he leaves snookers most famous stage empty-handed this time.

It seemed inconceivable that Selby and OSullivan would both bow out on the opening weekend, but that is now a distinct possibility.

Flickers of OSullivans brilliance were not enough to hold back Maguire, who kept his cool as OSullivan flexed his muscle with back-to-back centuries at one stage.

Maguire dominated the early stages and was 4-0 ahead at the mid-session interval, with the misfiring OSullivan having to stew in his seat and watch his opponent fire breaks of 101 and 95, showing he meant business.

OSullivan has not been beaten in the opening round in Sheffield since losing 10-6 to Marco Fu in 2003, but a repeat was looming large.

OSullivan lost his composure during the eighth frame, playing a poor positional shot and following up by rushing an attempted safety and getting it horribly wrong. O’Sullivan stuck his tongue out, annoyed at himself. It was that sort of day for him. For Selby it was even worse.