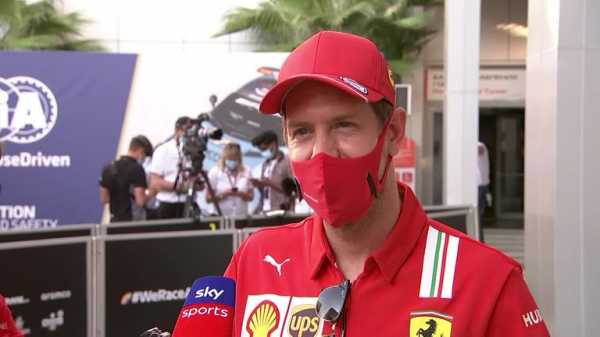 Sebastian Vettel wants to extract more from his Ferrari in Saturday’s qualifying for the Russian Grand Prix.

Sebastian Vettel admits he will be “sad” to see his hero Michael Schumacher’s F1 wins record equalled and inevitably surpassed by Lewis Hamilton – but says his long-time F1 rival “deserves” to take over the milestone.

Hamilton can equal Schumacher’s legendary tally of 91 victories at this weekend’s Russian GP, 14 years after the German seven-time champion set a mark for Formula 1 success which at the time considered unbreakable.

Having idolised Schumacher as a child, Vettel was a teenage test driver for BMW and appearing in his first F1 practice sessions when his countryman was claiming the final victories of his career in 2006.

Asked in Sochi about the prospect of his hero’s record now being equalled, Vettel told Sky in Italy: “Obviously we’ve spent a lot of years now together here [himself and Hamilton].

“He will never be Michael to me, so that’s why a bit mixed in terms of emotions. It’s sad to see that he will break the record, which I’m quite sure [he will], because in my head it belongs to Michael. But even after, it still sort of belongs to Michael. 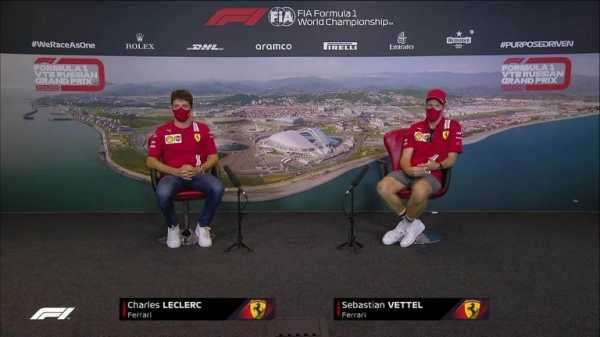 15:02 Ferrari drivers Charles Leclerc and Sebastian Vettel have spoken ahead of this weekend’s Russian Grand Prix.

It was only a handful of years ago that it looked as though it would be Vettel, and not Hamilton, who would be the first driver of the next generation to challenge seven-time champion Schumacher’s most illustrious records.

After claiming his fourth world title in a row in 2013 aged just 26, Vettel had won 39 races and was already fourth on the all-time list behind just Ayrton Senna, Alain Prost and Schumacher.

At the same point Hamilton, two years older than the German, was a one-time champion with 17 fewer race victories from more starts.

But the Briton has since gone on to dominate the sport with Mercedes, winning five more titles and 68 races over the past seven seasons, while Vettel has had to settle for intermittent victories (53 now in total, taking him beyond Senna and Prost but only just over halfway to Schumacher) and no more championships.