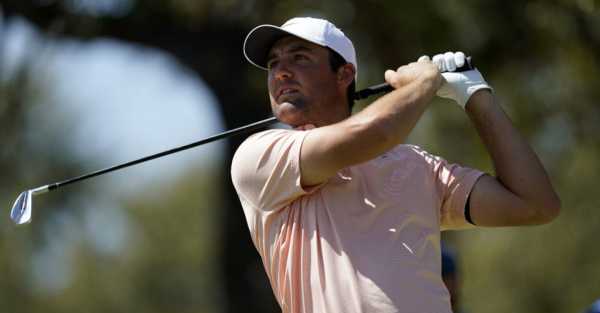 Scottie Scheffler ended Seamus Power’s run at the WGC-Dell Technologies Match Play as he booked his place in the semi-finals with a three and two win at Austin Country Club.

Irishman Power had topped his opening group to help solidify his place inside the top 50 to earn a maiden Masters appearance, and followed that up by defeating England’s Tyrrell Hatton in the last 16 on Saturday.

Scheffler, though, proved a match too far for the 35-year-old from Waterford as the American chased a tournament victory which would see him move top of the world rankings.

Power had fought back from going two down after six holes to tie heading into the back nine, before Scheffler stepped things up from the par-five 12th.

Scheffler secured victory with an eagle from 91 feet on the 16th and will go on to play Dustin Johnson, who beat Brooks Koepka two up.

Power will take what he can out of a “fun week” before then opting to sit out the Valero Texas Open ahead of his debut at Augusta.

“It’s my first time playing this tournament, so overall it’s been a positive appearance,” he said.

“It’s an unusual feeling (after you lose), but it’s been a good finish in a very good field so there is something positive in that.”

Scheffler, meanwhile, will not let the prospect of becoming world number one ahead of Jon Rahm, who had earlier lost to Koepka after 19 Holes in the last 16, distract him.

“I wouldn’t say I’m in a rush really to do anything out here,” said Scheffler, who had earlier edged out defending champion Billy Horschel.

“I’m just enjoying myself out here and trying to do the best I can and to compete.”

Johnson, who defeated Britain’s Richard Bland in the last 16, recovered from trailing Koepka early on in a match-up of the big hitters.

A 27-foot birdie at the par-four 15th helped turn the tide, before Johnson landed his 353-yard tee shot on the green at the 18th, with Koepka going on to concede a two-putt birdie.

Johnson is into the semi-finals for the first time since he went on to win the event in 2017.

“It was a long day, but felt like I played really well all day,” he said.

“I know Scottie, and have played with him quite a few times, then he was on the Ryder Cup team with us, so it is definitely going to be a tough match,” he said.

The other semi-final will be between Canada’s Corey Conners and Kevin Kisner.

Conners came through with a two-up victory over Mexico’s Abraham Ancer, who had pulled off a shock seven and six win over world number two Collin Morikawa earlier in the day.

Kisner, who produced a fine comeback to beat Australian Adam Scott in his last-16 contest, beat Will Zalatoris four and three.