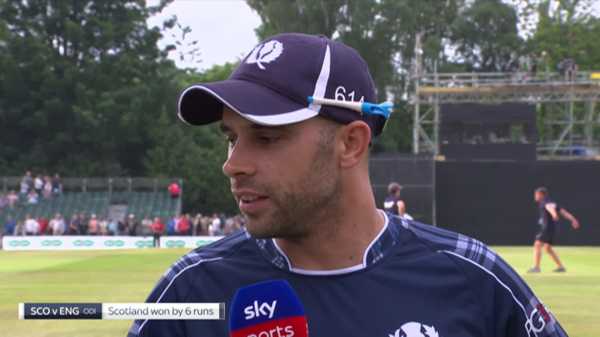 With a sound of the bugle – no, not bugle, bagpipes – Scotland cricket enjoyed its zenith in the Edinburgh sunshine on Sunday with a sensational win over the Auld Enemy, England.

A belting batting pitch with small boundaries, yes, but the sheer audacity of Scotland’s cricket was something to behold, particularly Calum MacLeod’s 140 not out – off only 94 balls – to fire the hosts up to a mammoth score of 371.

With the toss lost, and Scotland put into bat first, there had been faint murmurings of an anticipated early finish along similar lines to that which saw England bowl out Ireland for 126 in Bristol last year, an ODI containing only 53 combined overs. 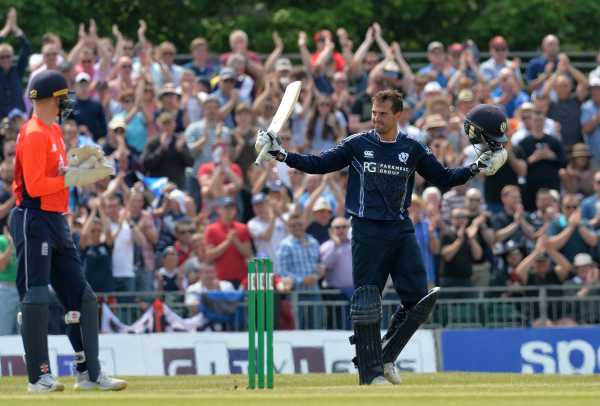 3:26 Catch up with all the thrilling action from the ODI between Scotland and England at Edinburgh.

Such whispers did Scotland a great disservice; this is a much-improved, young, talented outfit – one considered greatly hard done by in missing out on qualification for next year’s ICC Cricket World Cup despite a strong third-place showing in the Qualifiers earlier this year.

Emboldened by the bagpipes and a rousing rendition of the national anthem in front of a capacity – and hugely engaged – home crowd, Scotland signalled their intent with a century opening stand in little more than 13 overs of fearless cricket before boundary-belting MacLeod took over the reins.

Jonny Bairstow’s 54-ball century – the first Englishman to score three ODI tons in a row – briefly threatened the result, before Safyaan Sharif created yet more drama, and history, by delivering the perfect yorker to dismiss Mark Wood lbw in the penultimate over and clinch a stunning six-run success for Scotland. 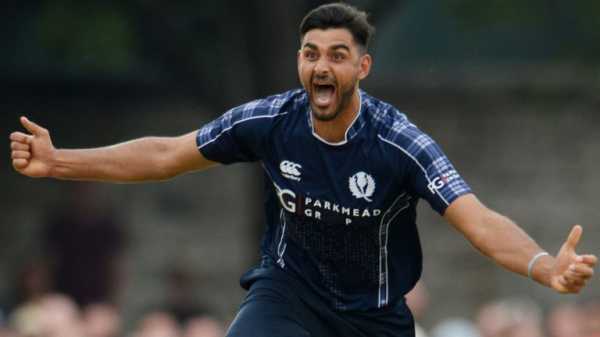 George Salmond, former Scotland captain, sees the result, the performance, the late drama, the fine weather, the capacity crowd, as the perfect storm for the game to grow further in the country in parallel to the team itself, who are eyeing up Test status.

“I think there will be lots of people going away from the game who maybe didn’t know a great deal about Scottish cricket before, but would have been utterly enthralled by what they’ve seen,” said Salmond.

“A Scotland v England match is always a big draw up here, whatever the sport. But they’re also the No 1 ranked ODI side in the world, and to come away with the win against them as well is of huge importance.

“Scotland’s ambition is to be the next full ICC Test-playing nation. To do that, they need to be exposed more regularly to games like this and, of course, it helps to then play well in them.”

With that in mind, Scotland’s absence from the 2019 World Cup in England is particularly distressing – denying them that chance to compete against the world’s best, and showcase this side’s obvious potential to a global audience. 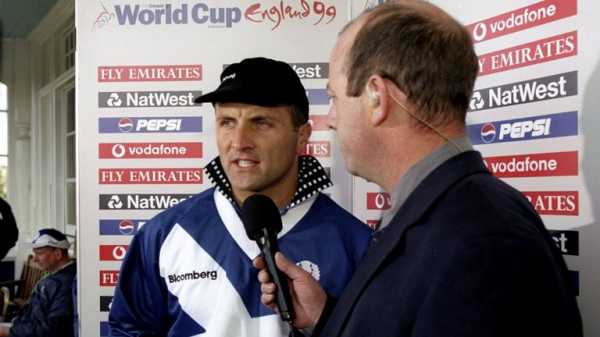 Salmond skippered Scotland in their first World Cup, also in England, 19 years ago, and while his side finished winless from their five games, strong showings against Australia, Pakistan and Bangladesh, in particular, had him believing progress would be more forthcoming in the two decades since.

“Perhaps naively, I thought things would happen a lot quicker following that 1999 World Cup,” said Salmond. “There has been so much work put in behind the scenes since then and progressively the game has got better, stronger, and more competitive in the country, so to not be involved next year is extremely disappointing, on lots of levels.

“I can remember what it was like for me to play in that World Cup, so it’s a shame this talented, young Scottish side have been denied the same privilege, especially considering the team is now is an awful lot better equipped than we were.

“The fact that there is only one associate nation that has qualified, Afghanistan, speaks volumes. But, when the World Cup comes round, very quickly that will be forgotten and the focus will turn to the teams that are there.”

To avoid being forgotten, it is therefore of even more importance Scotland’s sensational showing on Sunday is not just a one-off. 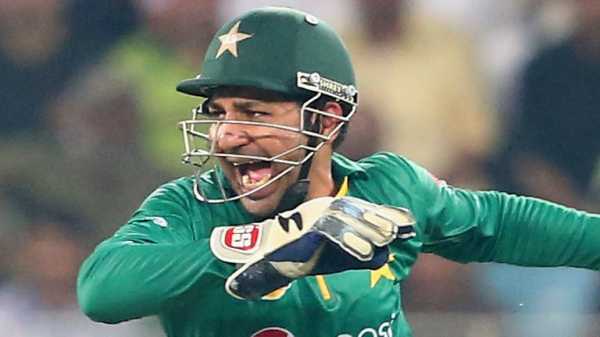 The visit of Pakistan – the No 1 ranked T20 side in the world – for two T20 internationals on Tuesday and Wednesday represents an immediate opportunity to back-up their win over the world’s best one-day outfit and claim another scalp.

“As a cricket nation, Scotland have got to play the long game, literally,” added Salmond, again stressing the importance of achieving Test status.

“We’ve got to use days like the one against England as the catalyst for the next three or four years and look to put consistent performances together – make it impossible for the ICC to ignore that we’re knocking on the door. 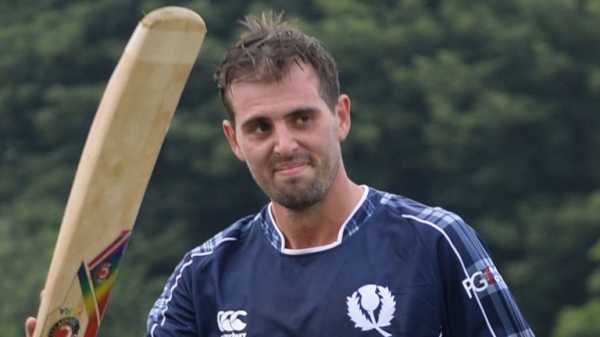 “Every game for Scotland is so important – they’ve got the chance to take a scalp against England and Pakistan, but if they do, they will then have a target on their back against the other associate nations.

“There’s a triangular tournament against the Netherlands and Ireland next on the agenda and Scotland simply can’t afford to drop their level.

“The end goal is Test cricket. But that all starts with the T20s against Pakistan this week – it’s important we put a marker down and show ourselves as the next best nation, the next taxi off the rank.”

More stirring displays like Sunday’s against England will ensure noisy neighbours Scotland’s calls are heard sooner rather than later.