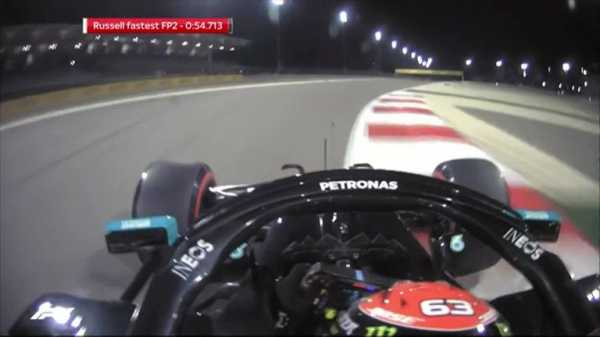 Watch on board as George Russell set the fastest lap time in FP2 for the Sakhir GP.

George Russell stayed ahead of the pack in Sakhir GP Practice Two to complete an incredible first day in the Mercedes, with Lewis Hamilton’s stand-in doubling up on fastest Friday times to lay down an unexpectedly dominant marker for the rest of the weekend.

Russell, after leading the field in P1, set the pace again in the more representative second session around Bahrain’s rapid ‘Outer’ track – lapping a tenth of a second faster than Red Bull’s Max Verstappen with a 54.713.

It was a perfect, and remarkable, start to his debut Mercedes race weekend for Russell, who was only confirmed as Hamilton’s replacement on Wednesday and had never driven the W11 car before Friday, and a clear sign of the young Englishman’s prodigious talent as he settled into life with the world champions seamlessly.

“Just because I’m quickest today, doesn’t mean I’ll be quickest tomorrow,” said Russell, who is aiming for his first Formula 1 point this weekend after two years at Williams. 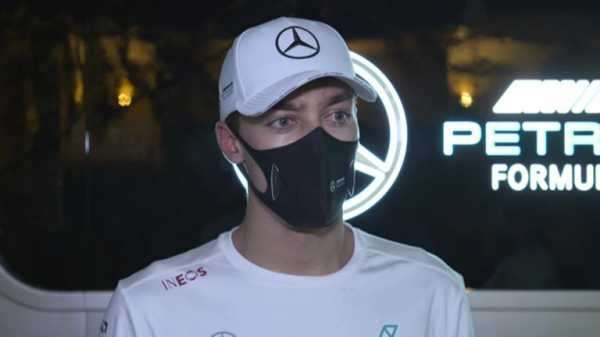 3:31 Despite topping both of Friday’s practice sessions, George Russell is still looking to gain more from his new Mercedes ahead of qualifying.

As well as defeating Verstappen on soft tyres, Russell was also much more comfortable than Valtteri Bottas throughout the second session as the Finn, Hamilton’s team-mate since 2017, struggled to hook up a lap in the other Mercedes.

Bottas, frequently running wide, had several times – which were quicker than Russell’s – deleted for track limits infringements on the way to 11th, 0.6s off the pace.

In his surprise absence towards the top of the timesheets, Sergio Perez and Esteban Ocon impressed for Racing Point and Renault respectively, finishing the qualifying-simulations in third and fourth.

Alex Albon was fifth for Red Bull, who appeared faster than Mercedes on the longer race-style runs, ahead of AlphaTauri’s Daniil Kvyat and Lance Stroll – the top seven split by just four-tenths around F1’s fastest-ever lap with narrow margins throughout the field. 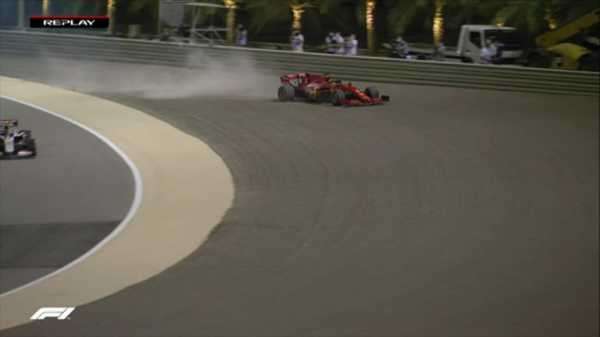 1:08 Sebastien Vettel is having a troublesome P2 in Bahrain as the Ferrari driver loses the rear of his car and goes for another spin.

But it was a particularly disappointing second practice for Ferrari.

Sebastian Vettel spun twice on his way to 16th, while Charles Leclerc completed only two laps due to a driveshaft issue.

McLaren had reliability issues of their own, particularly with Lando Norris in 17th, with Carlos Sainz their lead driver in 10th behind Daniel Ricciardo and Pierre Gasly.

Russell ahead but rivals in the hunt – qualifying ‘carnage’ predicted

Russell’s fastest time in P2 was perhaps slightly misleading as Bottas had gone a couple of tenths quicker on his first soft-tyre lap, only for it to be deleted soon after. But, as Sky F1’s Anthony Davidson noted on Russell’s first day: “He’s done a really good job. Solid, fast where he needs to be, kept it within track limits.”

David Croft, meanwhile, added: “There’s more for Bottas to think about in the negative today than George Russell. His soft tyre laps kept getting deleted.

“Mr Saturday has very much got Friday on his mind today.” 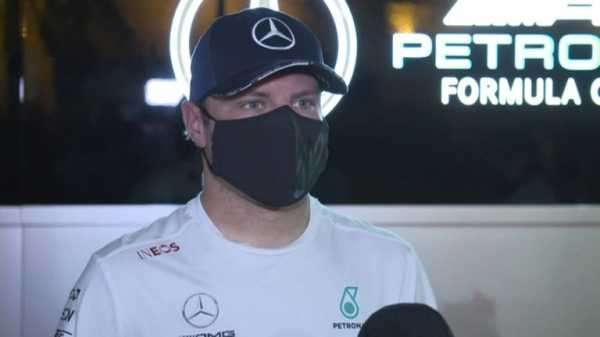 2:19 Valtteri Bottas acknowledged he struggled during Friday’s practice ahead of the Sakhir Grand Prix.

The 22-year-old, however, is wary about the threat of Red Bull in the race, while also predicting “carnage” in qualifying on Saturday.

Lap records will be smashed in the shootout as F1 prepares for sub-minute pole laps for the first time in 46 years, and a shorter distance means drivers will be struggling to find clear air for the session.

Qualifying starts at 5pm on Sky Sports F1, with build-up from 4pm.

With Leclerc failing to set a time, Pietro Fittipaldi and Jack Aitken propped up the timesheets in P2 – although can be pleased with their work ahead of their F1 debuts.

Fittipaldi, replacing Romain Grosjean, was just 0.3s off Haas team-mate Kevin Magnussen, while Aitken, stepping in for Russell at Williams, was within 0.5s of Nicholas Latifi.