Roy Keane has been voted Ireland’s greatest footballer of all time in a nation-by-nation poll of the game’s most legendary talents. 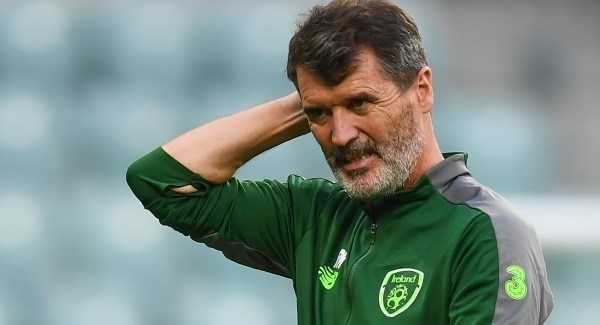 The Cork-born Manchester Utd icon has been ranked the best player to represent the Republic of Ireland, while, unsurprisingly, George Best was voted Northern Ireland’s finest-ever soccer star.

Past and present players from the 60 leading international teams were analysed by experts from popular US-based sports site, ‘Stadium Talk’.

Some decisions were clear-cut, with iconic stars Pele, Johan Cruyff and Franz Beckenbauer topping the ‘Best Soccer Players by Country’ rankings for Brazil, The Netherlands and Germany respectively.

But votes for other leading soccer nations, including for World Cup holders France and South American giants Argentina, went down to the wire.

Closer to home Bobby Charlton is described as “the leading light of the England team that won the World Cup in 1966”, whilst Wales legend John Charles edged out Gareth Bale and Kenny Dalglish beat off the challenge of Denis Law to be voted Scotland’s best-ever player.

In a glowing tribute to George Best, the Manchester Utd and Northern Ireland legend is described as “the most talented player born in the British Isles”, whose talent “burned brighter than anyone else of his generation”.

But the writers also acknowledge the Belfast-born legend’s tragically short career, which “was lost by his mid-20s as the ravages of alcohol took hold”.

Roy Keane is also singled out for praise as the Republic’s best-ever player and “one of football’s born leaders”.

In summing up the attributes that make a great player, the site’s judges added:

“What constitutes true greatness in a soccer player?

“It can be many things: the sheer number of goals, unmatchable skills, leadership ability and inspirational character.

“The greatest players in soccer history possess at least one of these qualities. Some exhibit them all.”