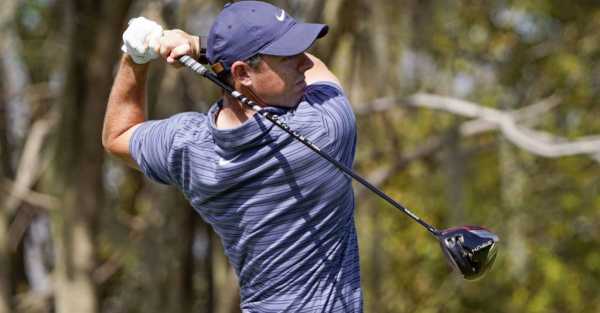 Rory McIlroy got straight back into his Bay Hill groove to lead by two after the opening round of the Arnold Palmer Invitational.

McIlroy, who has one victory and four top-10 finishes in his seven previous appearances at this prestigious event, began his week with a seven-under round of 65.

“I think you turn up at any course where you’ve had success and automatically you’re going to have some confidence coming in,” McIlroy said.

“I’ve shot some really nice scores here. I think the last couple of years I’ve opened up the tournament really well with scores similar to what I shot today.”

Though McIlroy, starting on the back nine, had an early bogey on the par-four 11th, he responded with two birdies and then sank a 41-foot putt for an eagle on the par-five 16th.

The Northern Irishman picked up another shot to make the turn at four under and stretched his lead with three birdies in four between the third and sixth holes.

He ended the day with a two-shot lead over the American trio of Beau Hossler, JJ Spaun and Billy Horschel – with the latter matching his eagle on the 16th late in his round to move up.

“I feel there’s a nice flow to this course where you can really build a score,” McIlroy added. “You have par-fives, one every few holes, and you’ve got a couple of scorable par-fours.

“As long as you don’t do anything stupid and you keep it in play, you feel like you can sort of methodically build a score on this golf course. That’s what I tried to do today.”

McIlroy’s countryman Graeme McDowell ended the day in a five-way tie for third on four under after taking a bogey on his final hole of the day, the par-four ninth.

Despite the late setback, the 42-year-old was happy with his day’s work as he looks to claw his way back up the rankings from his current position of 399th.

“There’s been a lot of really, really good stuff happening in my game,” he said. “I feel like I’m in a good place mentally and trying to layer good days on top of good days and seeing where that takes me.

“I enjoyed it out there.”

While McIlroy was back on song, it proved a tough day for world number one Jon Rahm.

The Spaniard missed from under a foot on the seventh, seeming to stub his ball just a couple of inches forward as he tried to tap in.

That was one of three bogeys on the opening nine holes before he recovered slightly to card a level-par 72.