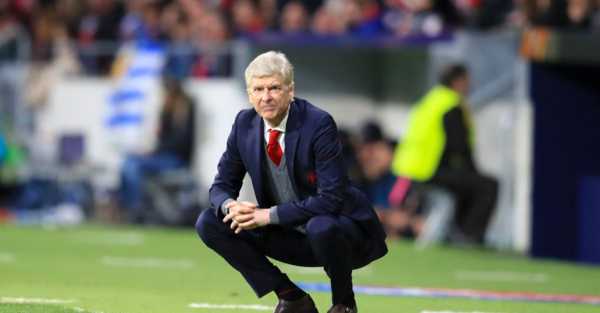 The opposition to biennial World Cups is an “emotional” response, according to Arsene Wenger.

The former Arsenal manager, now the chief of global football development at FIFA, is leading a consultation on a new international men’s calendar from 2024.

It includes controversial proposals for a major tournament every June and cutting the gap between World Cups from four years to two.

UEFA has repeatedly expressed its opposition to the proposals, with the confederation’s president Aleksander Ceferin even saying European countries could boycott biennial World Cups.

European Leagues – a body which includes the Premier League as a member – and the European Club Association are also against the plans.

But Wenger believes there are sound logical reasons to make the change.

He told Rio Ferdinand on the former England defender’s FIVE YouTube channel: “What I’m quite surprised (by) in a society which is anti-discriminatory, if you ask someone in the street whether a women’s World Cup every two years is good, they say ‘yes, fantastic, it will develop the women’s game’.

“Why is it bad for men then? That shows that the reluctance is basically emotional. We have all grown up in that cycle of (a World Cup) every four years and we want to keep it as it is.

“We see the split in our polls that the younger generations are in favour, the generation over 50 is against.

“We don’t have to be scared. The modern guy who watches football is knowledgeable, he’s demanding, he tests the quality of what he watches.

“There is a demand for quality, people today are knowledgeable and informed. We have the responsibility to give them top quality.”

YouGov research commissioned by FIFA and conducted in July found the most popular choice in each age group surveyed was to retain the status quo of World Cups every four years, but that it had the lowest level of support in the 18 to 24 group – 37 per cent compared to 58 per cent in the over-55s.

FIFA Congress voted in favour of conducting a feasibility study to look at biennial men’s and women’s World Cups in May after a proposal from the Saudi Arabian federation.

An online summit is due to take place on December 20 featuring the 211 member associations of FIFA. The world governing body’s president, Gianni Infantino, says he hopes a consensus position can be presented to the associations at that meeting.

He described himself as a “referee” in the fierce calendar debate last month, adding: “What I can assure you is that we will go ahead only if everyone is better off.

“I believe that we can come up with something that makes sense and something everyone can be happy (with). Trying to find the bridge between all these different positions, is our challenge, but it’s also our ambition.”