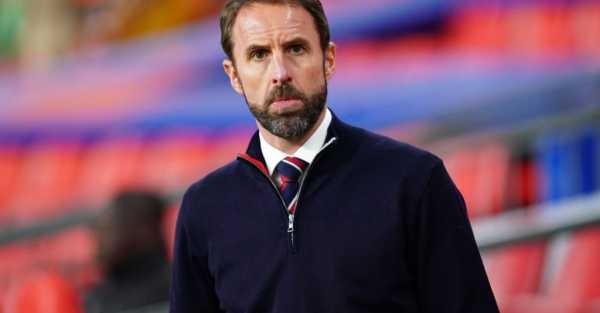 England will be up against either Scotland, Wales or Ukraine in the group stage in Qatar, with that play-off path still to be settled in June due to the Russian invasion of Ukraine.

Gareth Southgate’s men will kick off Group B on the tournament’s opening day against Iran, a side they have never faced in a senior competitive international.

They will also face the United States, who they have met twice in the World Cup finals – in 1950 and 2010 – but never beaten.

England have never faced Scotland or Wales at a World Cup finals, but do have recent Euros experience against both sides.

Scotland faced England at Wembley in the group stage of Euro 2020 last June, while Wales and England came together at Euro 2016.

England won that match 2-1 but Wales progressed further in the tournament, reaching the semi-finals.

When Friday’s draw was made, Wales caretaker boss Rob Page said of the potential clash with England on November 29th: “It is a mouth-watering tie. Scotland will be thinking the same, but our full focus is on getting there.”

After opening against Iran, England takes on the US before finishing off against their currently unknown European opponents.

Upon discovering the outcome of the draw, England captain and striker Harry Kane tweeted: “Always exciting to see who we get in the group! Playing on the opening day will be incredible as well.”

Hosts Qatar will kick off the tournament against Ecuador on November 21st, whilst elsewhere Group E pitted two former world champions Spain and Germany against each other.

Belgium takes on fellow 2018 World Cup semi-finalists Croatia in Group F, while reigning champions France takes on Denmark, Tunisia and the winner of intercontinental play-off one, which will be one of Australia, the United Arab Emirates and Peru.

If they get through their group, England would face one of hosts Qatar, Holland, Ecuador or Senegal in the last 16.