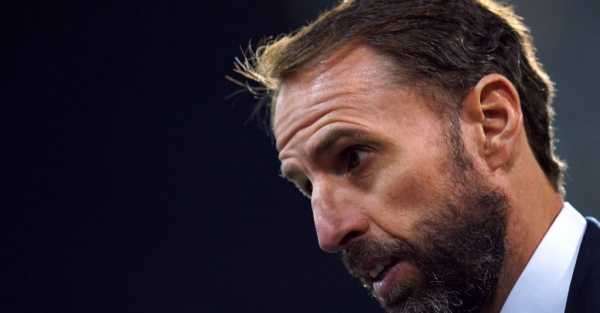 Gareth Southgate has predicted a “highly emotional” encounter in England’s third World Cup group game against one of Wales, Scotland or Ukraine.

The Three Lions could face their first ever World Cup finals encounter against another British nation, or take on a Ukraine side driven on by national pride as their country defends itself against Russia’s invasion.

The draw is again a relatively kind one for England, who take on Iran for the first time in a senior international on the tournament’s opening day on November 21st, before a match against a youthful and exciting United States team being rebuilt under Gregg Berhalter.

Southgate said: “The third one is going to be a highly emotional game whoever it is.

“We all know where our thoughts are with Ukraine and we have to see whether they are even able to play or not.

“And of course, if it’s one of the British teams, we’ve been through that in tournaments recently. So they become unique games, really. Form is totally out of the window.”

England were held to a goalless draw by the Scots at Wembley in the group stage of Euro 2020 last summer, while they beat Wales at Euro 2016.

Playing on the tournament’s opening day means there will be just eight days between the Premier League’s final games on November 13th and England’s first match at the World Cup.

Southgate did not see it as a major hurdle, and added: “It would only have been one or two days different if we had started later. We’ve known that we have to be really well organised on that.

“It might mean you could have a few players ruled out of the first game for that reason. But I think they are talking about a slightly increased squad (up to 26) anyway. We’ll have a team!”

Southgate’s luck also appeared to strike for the last 16 stage. England cannot face one of the other countries ranked in the world’s top seven at that point, because they will face one of hosts Qatar, the Netherlands, Senegal or Ecuador. France or Argentina could lie in wait in the quarter-finals.

Wales boss Rob Page described the prospect of facing England as “mouthwatering” and added: “I live in Sheffield so I was sat with some England supporters and it was quite tasty when the draw was made.

“Where we have come from in the last two to three years has been phenomenal and we are continuing with this momentum. We have put ourselves in a wonderful position.

“The only one missing for us is a World Cup and 1958 is a long time to wait. Rightly, we are getting excited, but we have to just rein it in.”

United States coach Berhalter got in touch with Southgate when taking over the national team in 2019, after spotting parallels between the situation he inherited and the one Southgate started with in 2016.

“I knew I was taking over a young player pool,” the former Crystal Palace player said.

“I saw what they did. I also knew that he was taking over a team that didn’t always… there was always a little bit of a difficulty in playing for the national team. They were at a difficult point and he changed the culture.

“So that was something I was interested in doing, because we came off qualifying in 2018 (when they missed out).”

Both Berhalter and Iran coach Dragan Skocic played down the political overtones around the clash between those countries, 24 years after they met at the 1998 World Cup in France.

“I don’t care about this politics, of course this is some story but we are only focused on playing,” the Croatian said.

Iran could also face two British sides in the group, with the draw being made just over two weeks since the release of British-Iranian hostage Nazanin Zaghari-Ratcliffe, who was detained in Iran for almost six years for allegedly plotting to topple its government.

Hosts Qatar will open the tournament against Ecuador in a match which will kick off at 10am GMT on November 21st.

Other draw highlights include two former world champions, Spain and Germany, being paired together in Group E.

World champions France were placed alongside Denmark, while Group C also looks tough, with Argentina, Mexico and Poland paired together alongside Saudi Arabia.

The kick-off times and venues for the group stage matches are expected to be announced on Saturday. Organisers wanted to take advantage of the compact nature of the tournament – with all matches being played within an hour of the centre of Doha – by assigning optimal kick-off times depending on the television or live fan audiences in the countries involved.