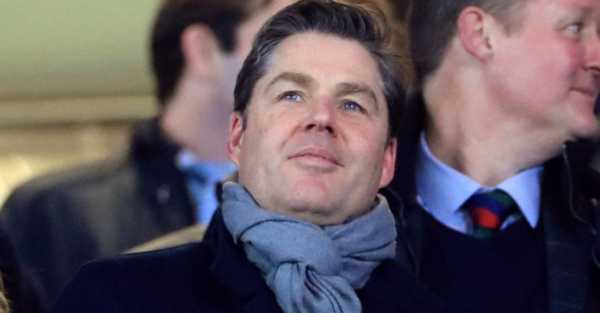 Premier League chief Richard Masters has insisted his organisation would be open to an independent regulator but has described some recommendations from the fan-led review of football governance as “too radical.”

A wide-ranging review was published on Wednesday and one of its 47 recommendations called for the creation of an Independent Regulator for English Football (IREF), which has been endorsed in principle by the Government, who commissioned the inquiry.

Some other eye-catching recommendations from the panel, led by chair Tracey Crouch, was to provide additional support for the football pyramid via a “solidarity transfer levy” on deals between Premier League clubs or signings from overseas and while the report did not recommend the percentage, a 10 per cent levy was used as an example.

“We are open to an independent regulator, and we want to discuss the detail of that with Government going forward,” Masters told BBC Sport.

“It’s a key part of Tracey’s recommendation. Government has backed it. I think to push back on the concept of an independent regulator at this moment in time would be wrong.

“But, as I said, there’s a whole package of things. It’s what the regulator is able to do and the power at its disposal that we need to talk about.”

A panel contributed towards the review after hearing over 100 hours of evidence and there were contributions from supporters of 130 clubs.

On top of calling for an IREF, which would be created via an Act of Parliament to ensure the financial sustainability of the men’s professional game, the proposed transfer levy was another of the 47 recommendations to provoke debate.

Aston Villa chief executive Christian Purslow insisted there was a danger you risked “killing the golden goose if we overregulate a highly successful financial and commercial operation.”

Masters added: “Well, I think that’s what we need to be careful of, the unintended consequences. I mean look across the 47 recommendations.

“There is seismic change to the way that football is going to be governed and one of the things that we need to preserve are some of the good things that Tracey highlights at the start of her review.

“The Premier League is a proud and significant contributor to the rest of football. We give away 15 per cent of our revenue already. Over the next three years we’ve committed to government that we’ll invest over £1.6 billion into the football pyramid, into community and good causes. That’s a huge investment.

“One of the ideas is a levy on transfer fees. It’s a radical idea. In reality, it is radical because there is a levy already. You’ve got four per cent on domestic transfers, a levy on top of transfer prices, and that money goes to player welfare, youth development costs across the pyramid and a five per cent levy on internationals. So, 10 per cent of that would be too radical.”

The English Football League welcomed the fan-led review and chair Rick Parry hoped it would help provide the “fundamental financial reset” needed to safeguard the future of the game.

Parry had previously urged the Government and Crouch to end parachute payments and instead ensure the EFL receives 25 per cent of pooled media revenue generated by the Premier League.

But Masters insisted: “I think that would be a disaster. Essentially, at some point some of the value has to be retained where the value has been generated. Otherwise, that value can’t be generated.

“Premier League clubs need to be able to attract the best players, the best talent and the best managers, and put it on the pitch, week in, week out, to compete with each other and create that incredible competitiveness.

“Giving away too much money will deter the very thing that is unique to English football, which is that competitiveness.