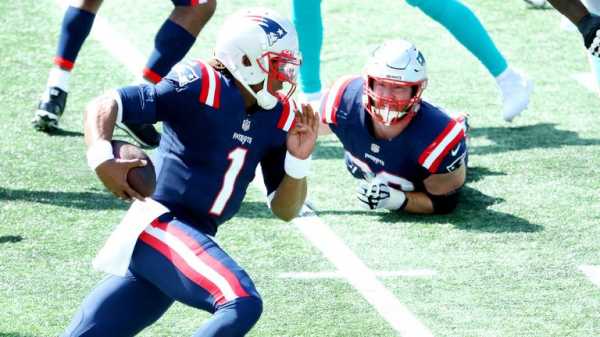 2:40 A look back at the action from the opening Sunday of the NFL season.

Buttler too has moved on, to Tennessee, but Wilson and Carroll remain in Seattle and are faced with an arguably even tougher assignment against what is widely considered the best secondary in football – now led by last year’s defensive player of the year Stephon Gilmore.

We can only hope Sunday’s rematch – live on Sky Sports NFL from 1.20am, Monday – serves up similar drama; here is a look back on that Super Bowl XLIX stunner…

It was clear from kick-off this Super Bowl was going to be fiercely fought. A first-quarter deadlock was finally broken early in the second by a trio of 10-yard passes by Brady, connecting with Danny Amendola, Julian Edelman and then finally Brandon LaFell for the first touchdown.

The defending Super Bowl champs – Seattle having destroyed the Denver Broncos 43-8 the previous year – came storming back, with Wilson and Lynch combining from three years out to to tie things up with just over two minutes left in the first half.

But, before Katy Perry could take to the stage on a 30-foot-long, 14-foot-tall mechanical lion for the half-time entertainment, the two teams were not quite done yet. The Pats regained the lead with a 22-yard pass TD to Gronkowski, 31 seconds from time, only to surrender it in dramatic fashion 29 seconds later. 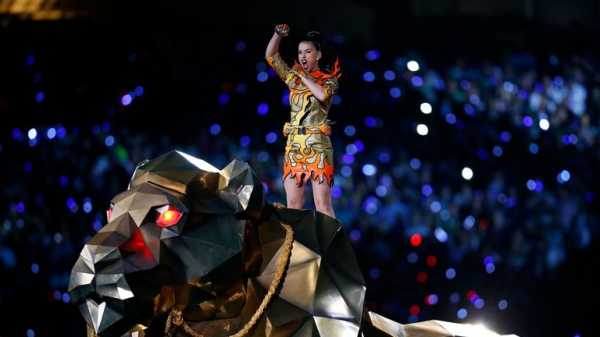 Seahawks coach Carroll foreshadowed the dramatic finish to the game, making a gutsy call to pass up a field goal opportunity and go for the endzone with six seconds left.

On instruction, Wilson linked up with wide receiver Chris Matthews – one of the game’s most interesting stories – with an 11-yard touchdown pass, sending the teams in to the break tied at 14-14.

Only a year prior, Matthews had been working as a security guard when he received a call inviting him to try out for the Seahawks. He would ultimately play in three regular season games in the 2014 season, but not catching a pass. In the Super Bowl, he break out in a big way – four catches, 109 yards and that game-tying TD – only to find himself released and out of the league again by the November of that year. 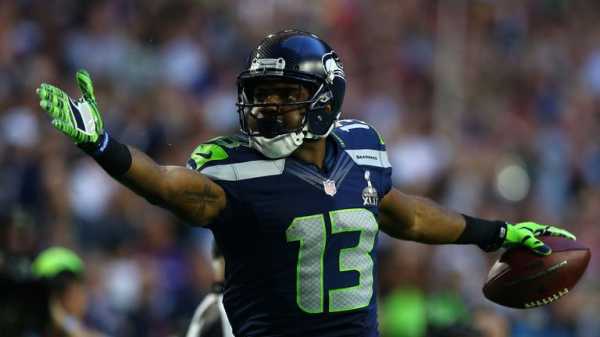 Early in the second half, Seattle defensive end – and now Sky Sports NFL pundit – Cliff Avril departed early with concussion, but it did not slow the Seahawks, who went up by three with a 27-yard field goal, and then by 10, with a Doug Baldwin touchdown.

A 24-14 lead looked good for back-to-back championships going into the fourth, since no team had ever overcome a 10-point deficit in the final quarter to win a Super Bowl.

However, this was Brady and the Patriots, and they scored twice more – Amendola and Edelman on short passing plays – to take a 28-24 lead, leaving just two minutes on the clock.

Seattle began to drive down the field with two quick first downs, and then got a huge slice of luck as Jermaine Kearse dropped a pass deep down the right sideline, only for it to bounce off his body and back into his hands as he was falling to the ground. 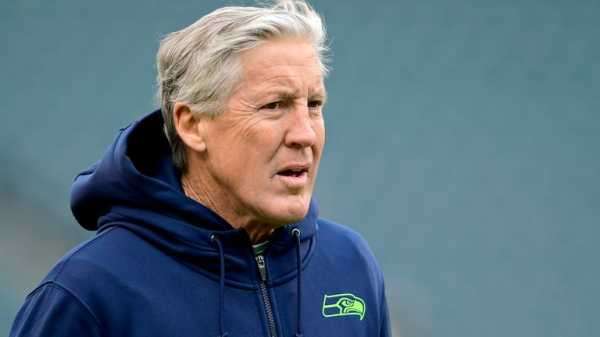 It set the Seahawks up with a 1st and Goal from the five-yard line; Lynch, naturally, ran the ball and earned a further four yards on the next play, with Seattle able to run the clock down to 26 seconds before taking their next snap down at the goal line.

The title was there for the taking, but the the play call was wrong and Butler was to it, intercepting Wilson’s pass and bringing the Vince Lombardi trophy back to New England – a first in 10 years.

Watch the Super Bowl XLIX rematch between the New England Patriots and Seattle Seahawks, live on Sky Sports NFL from 1.20am on Monday morning.

Former NFL coach Rob Ryan insists the Tampa Bay Buccaneers must “meet Tom Brady halfway” after the quarterback endured a forgettable debut in their Week One defeat to the New Orleans Saints.

Head coach Bruce Arians did not refrain from criticising Brady publicly after the game, particularly when it came to his two interceptions and Ryan disagreed with that approach.

“First of all, I thought his team was grossly out-coached in the game,” said Ryan on Inside the Huddle. “Not with Todd Bowles, I thought Todd Bowles did a great job on defense but I’m talking about first of all, the special teams was atrocious.

“‘If you want to get ripped publicly, I’ll rip you publicly’, because that’s the wrong thing to do to Tom Brady. He would get ripped by Bill Belichick privately and in the meetings amongst his peers. How about rip yourself?”

Jackson has bad news for the rest of the NFL 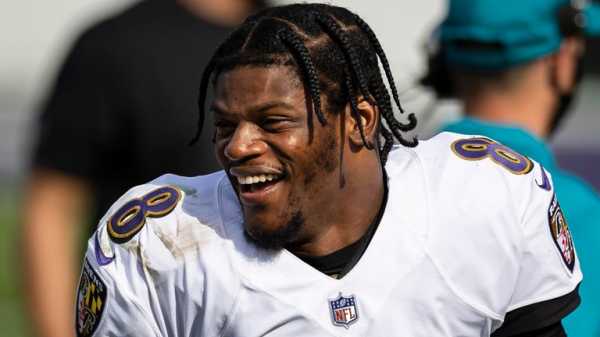 Lamar Jackson might be even better than we all thought, writes Cameron Hogward…

After a spellbinding breakout season in 2019, the Ravens quarterback looks primed to compete for a second straight MVP award.

J.J. Watt: We must contain Lamar 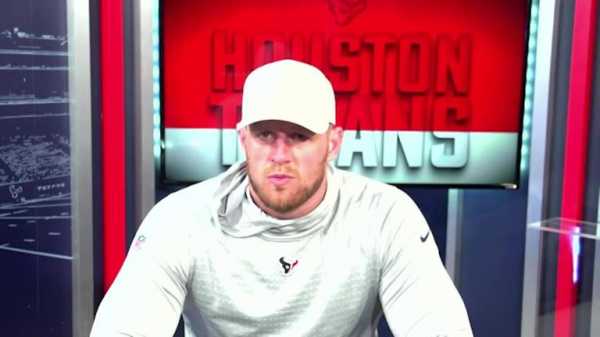 7:13 J.J. Watt says the Texans must look to contain Lamar Jackson as they attempt to bounce back in Week Two against the Ravens

J.J. Watt says the Houston Texans must look to contain Lamar Jackson as they attempt to bounce back in Week Two against the Baltimore Ravens.

“It’s a great challenge for us and we’re looking forward to it; we want to try to contain him, Watt told Sky Sports’ Neil Reynolds.

“He’s very dangerous when he gets out on the run, so the first thing is we want to try and keep him in that pocket.

“But he’s also good in the pocket, so when he is, you want to pressure him, get after him and gets as many guys to the ball as you can to make it as difficult as possible. That’s our goal.” 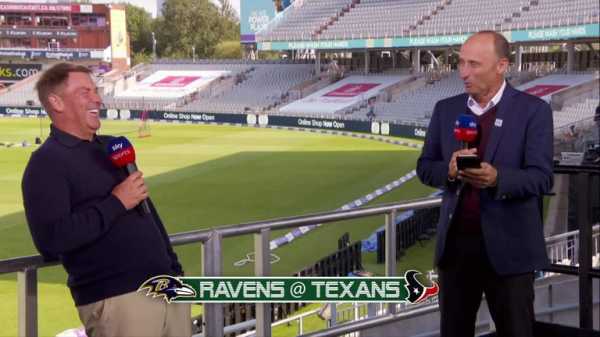 Click on the video above to watch Warne and Hussain make their Week Two predictions, with Warne showing the love for Tom Brady and Hussain tipping the Ravens and Saints for the Super Bowl – if he can read his phone!