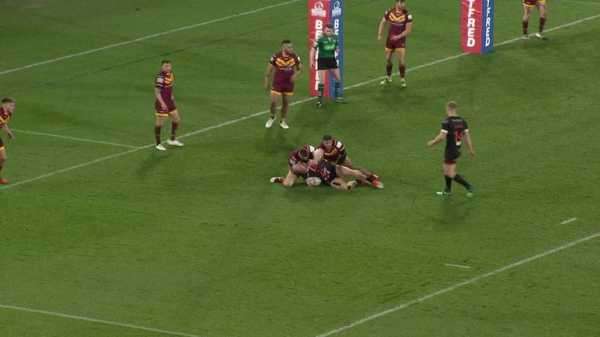 0:37 Castleford fans will be hoping to see the best of Niall Evalds after he moved from Salford, like this hat-trick from 2019 against Huddersfield.

Part of Evalds’ desire to join Castleford was motivated by the opportunity to work with Daryl Powell, who has won acclaim during his eight seasons in charge at the Mend-A-Hose Jungle for both his coaching ability and the attacking verve his team play with.

Evalds would seem a natural fit for Powell’s Tigers and he is in no doubt it will prove beneficial for him too, seeing similarities between the Castleford head coach and his former Salford boss Ian Watson – a man who has also opted to pursue a new challenge for 2021 at Huddersfield Giants.

“I spoke to Daryl and he spoke to me about things he thought he could help improve on my game and I thought it would be a good fit,” Evalds said.

“He’s proven over the years he’s a great coach and he’s done an amazing job. I’ve come from a great coach at Salford in Ian Watson to another one at Castleford in Daryl Powell.

“There are probably a few similarities there in getting players who aren’t the biggest names or the superstars and turning them into really good players.

“In the training sessions so far he’s testing me and challenging me. I feel like I’m going to grow as a player and person, so it’s exciting times.”

Evalds has been handed the No 1 shirt for the 2021 Super League campaign at Cas too, yet he acknowledges he will face competition for the full-back role from his former team-mate Gareth O’Brien.

Like the new recruit, O’Brien has a place in Salford history thanks to kicking the golden point drop goal in the 2016 Million Pound Game which kept them in Super League and Evalds is excited to be competing for a starting spot with him. 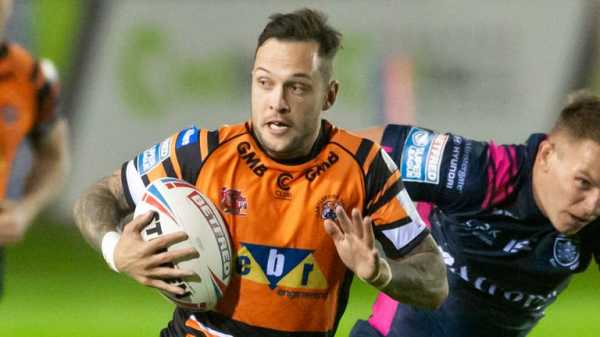 “Gaz is a quality player in his own right, so to have that quality of player playing alongside you and pushing you every step of the way can only be good for me and the team,” Evalds said.

“There are some quality players here at Cas and I think the spine has got a lot of potential.

“It’s an exciting team with some great coaching staff. I thought it would be a good fit for me and that’s turned out to be true.”

Potentially playing down a spine which contains Man of Steel Paul McShane at hooker and the up-and-coming half-back duo of his former England Knights team-mate Danny Richardson and Jake Trueman gives Evalds reason to be confident about Castleford’s prospects in 2021. 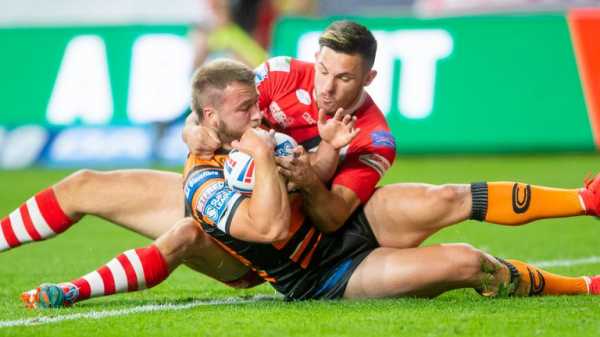 Indeed, there is a belief they can be competing for honours again this year after an early exit in the Challenge Cup and missing out on the Super League play-offs in the coronavirus-afflicted 2020 season.

“The talk of pre-season has been we don’t want to be a mid-table team and we want to be capable of competing for trophies,” Evalds said.

“That’s what you play rugby for, that’s what you dream of when you’re young and starting out in your career. That’s the ambition of everyone involved in the club and I see no reason we can’t do that.

“We’ve got a talented squad here, we’re all buying into the hard work and the values of the team, so I see no reason we shouldn’t be competing for trophies.”