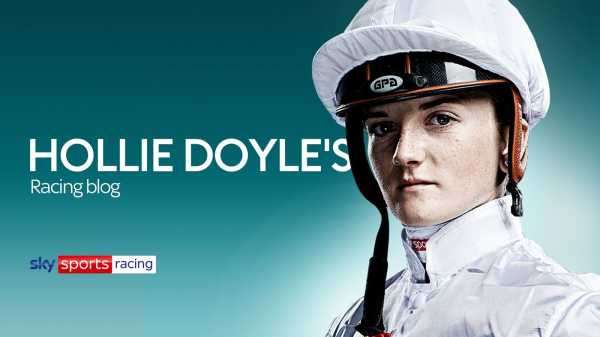 Sky Sports Racing ambassador Hollie Doyle discusses her rides at Newmarket on Friday and Saturday and reveals her fancies for the first two Classics.

Favourite NATIVE TRAIL​ was so impressive in the Craven Stakes on his re-appearance and Charlie Appleby’s unbeaten colt holds all the aces in Saturday’s Qipco 2,000 Guineas (3.40)​ at Newmarket.

The Godolphin-owned European Champion two-year-old confirmed his well-being with a smooth success under big-race rider William Buick, impressing me how strongly he asserted himself in the closing stages on his first attempt at one mile. 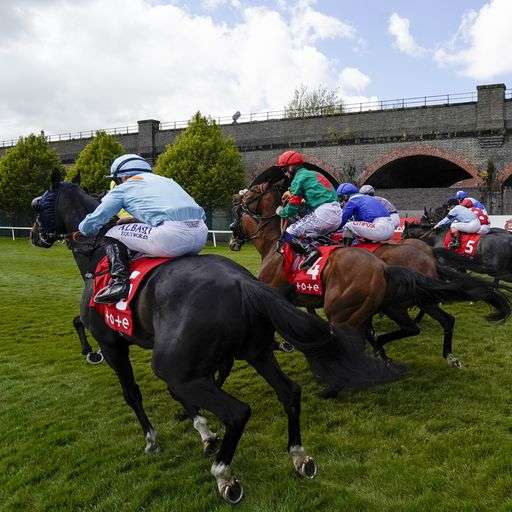 Watch every race of the Chester May Festival live on Sky Sports Racing, Wednesday May 4 to Friday May 6

With a rating of 122, he’s got half a stone in hand of his highest-rated rivals on official figures yet it’s frightening how much more improvement he is open to. I expect him to play a starring role in what could be a memorable weekend on home turf for Charlie.

Aidan O’Brien has Group One Vertem Futurity winner Luxembourg​ in the line-up, a colt who like Native Trail is proven over a mile and also goes into the race undefeated, but I’m a fan of his stable companion Point Lonsdale​.

He is much better than he showed when lacking his true sparkle behind Native Trail in the National Stakes at the Curragh but I admired the way he went about his job last year. He is another who can make significant progress for a winter on his back and the step up in trip and can get involved. 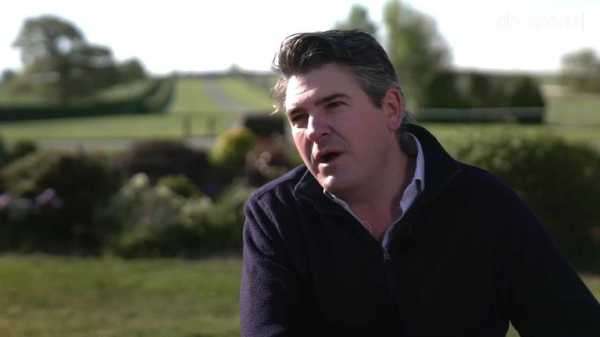 Trainer Hugo Palmer believes Dubawi Legend could be the best horse he has ever had and says winning Saturday’s 2000 Guineas would be a ‘dream start’ to life at Michael Owen’s Manor House Stables.

Beauty a live contender for Appleby

The markets suggest Native Trail’s stable companion WILD BEAUTY​ has something to prove in the Qipco 1,000 Guineas at Newmarket on Sunday (3.40)​ but it wouldn’t surprise me to see her spoil the party for the Irish and then French.

They dominate the betting with a raft of strong contenders but Charlie Appleby’s daughter of Frankel deserves to take her chance in an open race and can out-run her price after stamping her class all over the Fred Darling at Newbury.

That particular performance may have convinced the Godolphin team that the Guineas at Newmarket was a better option than the French version, which had been under serious consideration, and with more of an emphasis on stamina on Sunday this Grade One international winner should be doing her best work at the finish.

Aidan O’Brien’s Cheveley Park winner Tenebrism​ heads to the Classic without the benefit of a run this year but that shouldn’t be considered a negative. A bigger question could be her suitability to see out a mile after showing such electrifying speed over six furlongs last autumn. 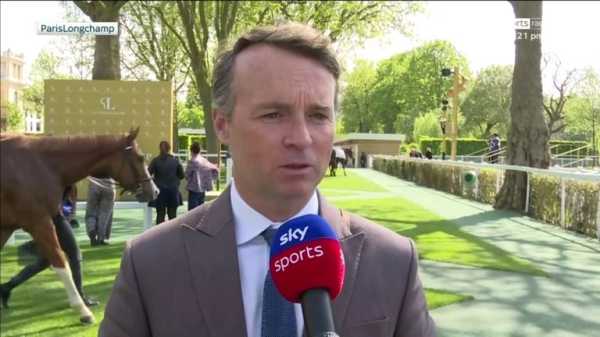 A tough ask but Outbox is full of surprises

OUTBOX​​​​ has already been a horse of a lifetime for his owners Hambleton Racing and can give them another day to remember in a red-hot Group Two Jockey Club Stakes (3.35) at Newmarket on Friday​.

He took his career earnings past the £600,000 mark with that Group One success in Qatar in February and Archie Watson has given him a nice break since. In fact, he feels better than ever at home so I’m expecting another big run.

This is a tough race which Charlie Appleby’s Breeders Cup Turf hero Yibir​ should take care of following his near miss in the Group One Sheema Classic, but my lad is full of surprises and can make a race of it, especially if the blinkers he wore for the first time in Doha prove as effective again. 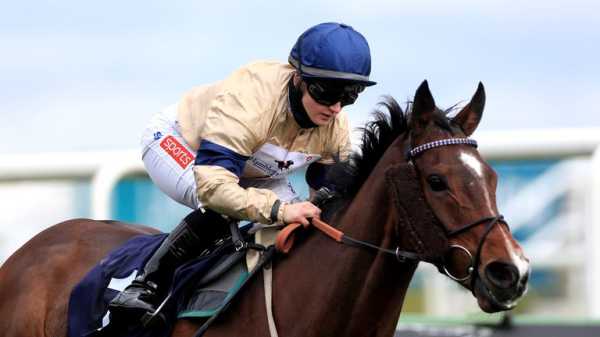 Dark can light up Palace House after near-miss

I’ve got some unfinished business on CAME FROM THE DARK​​, who looks to go one better in the Group Three Palace House Stakes (3.00) at Newmarket on Saturday​.

Twelve months ago I was beaten a fast-diminishing neck in the five-furlong sprint after being denied a clear run at a critical stage of the race.

Ed Walker’s grey went on to prove what a good horse he is by winning the Group Three Coral Charge at Sandown in July and has the talent to progress through the ranks as a sprinter this summer. 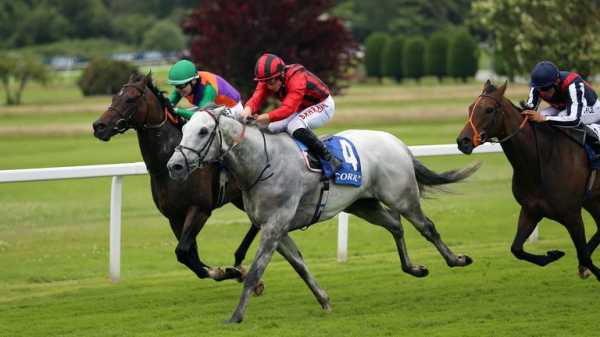 I’m doing only 8st on William Haggas’s filly TARHIB​​ in the £100,000 heritage handicap (1.50)​ on the Rowley Mile on Saturday – a race that looks ideal for her re-appearance run.

This Dark Angel filly progressed out of novice company to run in a Listed race at Doncaster in November but couldn’t get out of the testing ground.

I’m sure she’s better than she was able to show that day and is less exposed than her rivals in this big field on her handicap debut.

French recruit has impressed at home

I’ve been looking forward to riding Archie Watson’s filly TALABAAT​​ ever since she arrived at Saxon Gate tables from France last autumn and finally get my chance in the Listed British EBF Kilvington Stakes (1.15)​ on Saturday.

She’s impressed me in her homework and six furlongs in this company looks the right starting point for a filly who ran creditably in Listed races over one mile for Francois Rohaut.

Winner of her first three career starts last year, she is just the type that Archie excels with and the forecast good ground could prove an advantage in her quest for some valuable Black Type. 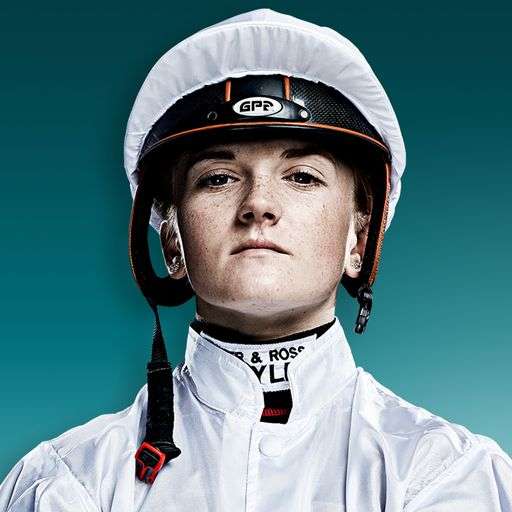 Hoping Turntable can record another win

Chris Wall’s horses are bursting out of their skin so TURNTABLE​​ should go well in the nine furlong Suffolk Handicap (2.25)​ on Saturday after scoring over course and distance on his latest start last September.

It’s nice to be reunited with him after winning on him at Leicester on debut last year and I hope he’s strengthened up his considerable frame over the winter. An opening mark of 90 is certainly within his compass this year.

Meanwhile, I was delighted with my boss Imad Alsagar’s lovely filly NAJEEBA​​ at Wolverhampton this week. She completed the hat-trick in a weak race but again showed her potential to keep on improving off a modest mark.

A half-sister to Royal Ascot winner Amtiyaz, she’s already enhanced her paddock credentials thanks to Harry and Roger Charlton’s skilful handling but it would be nice to see her claim some Black Type later in the year.