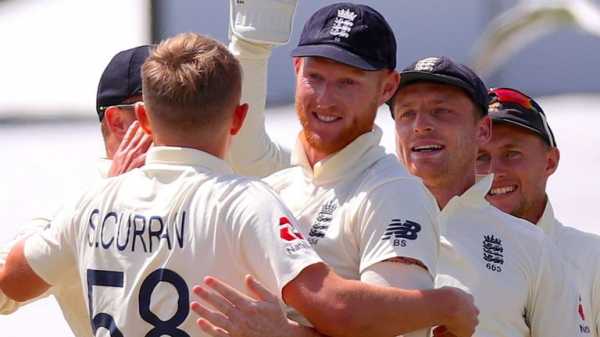 Highlights from day two of the first Test between New Zealand and England at Bay Oval in Mount Maunganui.

Ben Stokes falls to a stunning slip catch, Mitchell Santner reveals his new signature move and England’ border on the reckless. Here’s the pick of the action from day two at Bay Oval…

SCORECARD | HOW IT HAPPENED

England seamer Sam Curran claimed the prized wicket of Kane Williamson for 51 as New Zealand faltered to 144-4 on day two of the first Test to trail by 209 runs, writes Oli Burley.

England were cruising with Ben Stokes moving relentlessly towards a century, it seemed, when Ross Taylor stuck out his right hand to take a stunning catch at first slip to remove the all-rounder for 91. 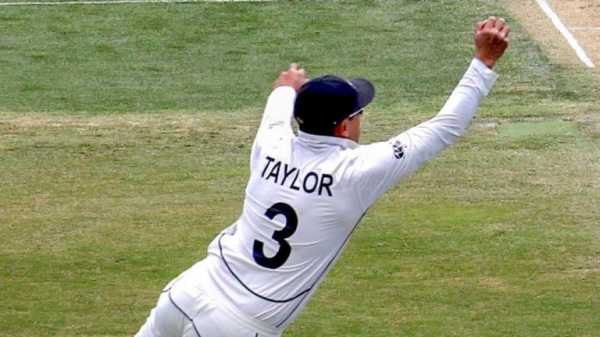 It was a moment of brilliant skill that not only made partial amends for Taylor dropping Stokes on 63 the previous evening, but one that set the tone for a profitable morning session for the hosts. Revived, New Zealand went on to claim four wickets in 21 balls and demolish England aspirations of posting a first innings total of 400 or more.

Stats of the Day 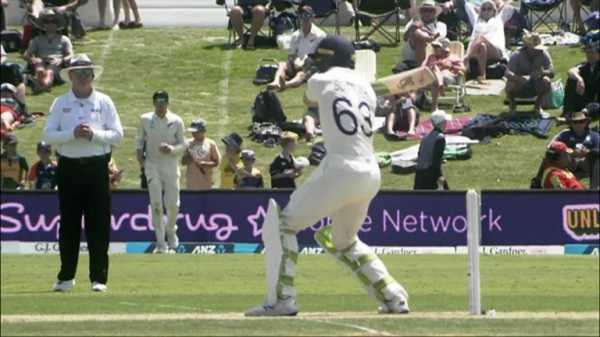 0:35 Buttler is caught in the deep by Santner, but where did he spring from?

Buttler made no remonstration at his dismissal but you have to wonder whether he – or indeed any batsman, for that matter – can be entirely sure where the fielders are placed if they are not actually on the field of play once the bowler has begun their run-up. It may be that it simply makes things more fun and certainly it keeps everyone – spectators and commentators alike – on their toes.

David Lloyd on England’s batting: “England should have got a lot more than 350. I think England got a little bit reckless again. Ollie Pope chased one that he did well to reach and Ben Stokes charged down the pitch, fancying Southee, and suddenly four wickets have gone. We’ve seen it before.”

Michael Atherton on the state of the Test: “You can talk about the hit at the end (Nicholls being struck by Archer), but I think because they got Williamson and Taylor, those wickets of two great New Zealand batsmen mean it was England’s day.”

Watch day three of the first Test between New Zealand and England live on Sky Sports Cricket from 9.30pm on Friday.