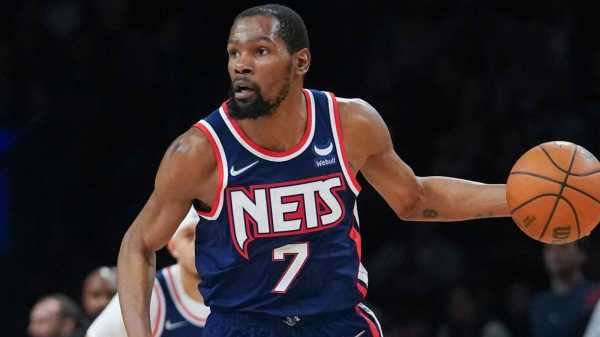 The teams comprising the opening series in the 2022 Play-In Tournament are full of surprises, starting with the Eastern Conference matchup.

Both teams sit in places nobody envisioned at the beginning of the season, making for a compelling matchup in Game 1 of Tuesday’s doubleheader.

Finishing with just 22 wins last season, the Cleveland Cavaliers doubled up on that in 2021-22 with strong play from a promising young core that includes Darius Garland, Caris LeVert, rookie Evan Mobley, and Jarrett Allen, who has not played since breaking a finger in March, but could be back in the mix for the postseason. Led by NBA Coach of the Year candidate J.B. Bickerstaff, the Cavs utilised a total of 26 players this season, which ranks as the second-most in franchise history.

The star-studded, veteran-laden Brooklyn Nets, meanwhile, came into the season as one of the favourites to win the East, before a variety of issues left the club scrapping to the end for a berth in the Play-In Tournament. 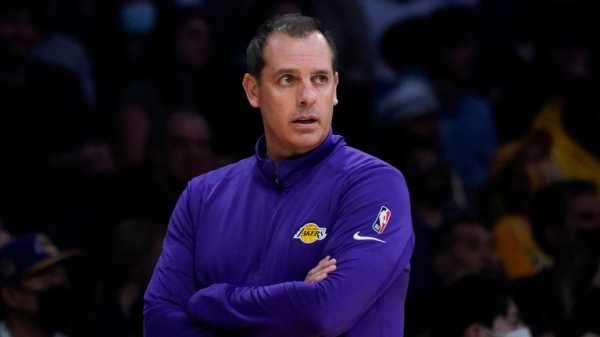 Frank Vogel’s sacking as LA Lakers head coach has been described as ‘disrespectful’ by Sky Sports’ Mo Mooncey, who says the 48-year-old was made a scapegoat for the team’s poor campaign

Seven-time All-Star guard Kyrie Irving played in just 29 games due to his vaccination status affecting availability, while Durant sat out of 21 contests after spraining his left medial collateral ligament in January. Former MVP guard James Harden played in 44 games for Brooklyn, before the club traded him in February to Philadelphia for Ben Simmons, who has not yet made his Nets debut. Simmons has been ruled out of the Play-In Tournament, but there’s hope he can return at some point in the playoffs if the Nets advance.

In the West, the LA Clippers and Minnesota Timberwolves will meet in a series that could prove to be a change from how things went in the regular season between them. Yes, the Clippers dominated the regular-season series against the Timberwolves 3-1, outscoring them in two victories by 20 points or more, with the latter finally winning January 3 in a matchup missing Paul George, Nicolas Batum, Ivica Zubac, D’Angelo Russell, and Karl-Anthony-Towns. The first three matchups took place over a 10-day span in November. 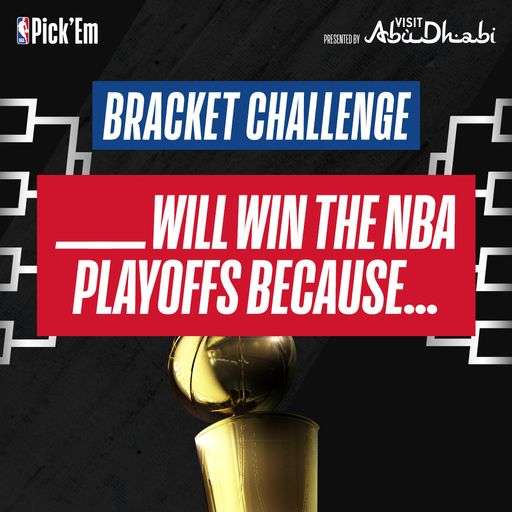 After stumbling to a 16-20 season start, the young, brash Timberwolves ran off a record of 30-16 to end the regular season brimming with confidence. But this Clippers team is different, too, after starting the season without superstar Kawhi Leonard, losing George for a major chunk (43 games) due to an elbow injury, and adding Norman Powell and Robert Covington at the trade deadline.

These teams matched up on four occasions in the regular season, with Brooklyn walking away victors in three of those outings, including Friday’s 118-107 win at Barclay’s Center. The Nets starting five of Irving, Durant, Seth Curry, Bruce Brown, and Andre Drummond scored 99 of the team’s points in that win with all five starters finishing with double figures in scoring. Brooklyn closed out the season on a roll, winning each of its last four games, while the Cavaliers defeated Milwaukee on Sunday for its first victory since April 2. Both teams finished the season 44-38, but Brooklyn’s edge in the season series gave it the tiebreaker.

It’s almost automatic Cleveland will often double Durant, one of the league’s deadliest scorers, who has averaged 28.7 points, 5.0 rebounds, and 5.7 assists per game in his three games this season vs the Cavaliers.

Mobley, meanwhile, missed the first two meetings in November between the teams due to a sprained right elbow, but participated in the final two, averaging 14.5 ppg on 50 per cent from the field as well as 6.5 rpg and 1.5 bpg. Mobley returned from a five-game absence due to a sprained left ankle for Cleveland’s loss to the Nets on Friday. Allen’s presence would help tremendously, but Bickerstaff has not provided a definitive update on the All-Star center’s status for Tuesday, saying after Sunday’s win over Milwaukee, “If he’s ready to go, he’ll go”. If Allen cannot play, it’s expected Mobley will start at center. 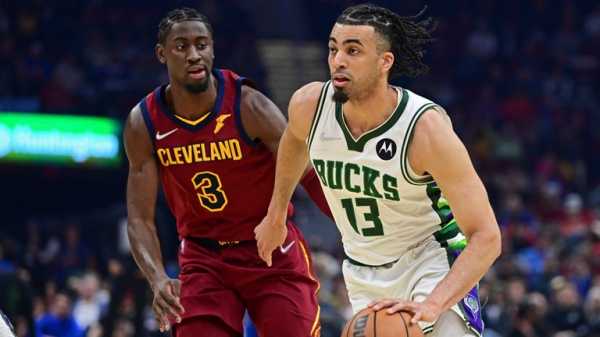 The matchup in the backcourt between Garland and Irving should be pivotal, too. Surely, Garland will lean on veteran team-mate Rajon Rondo for pointers on defending him. Irving sat out the first two games of the regular-season series between the teams, but he’s averaged 22.5 ppg on 42 per cent from the floor with 6.5 rpg and 8.5 apg against the Cavs, and he played in Brooklyn’s lone loss to Cleveland on January 17 without Durant. Garland started in all four games against the Nets this season, averaging 25.3 points on 42.7 per cent from the field with 8.0 assists. Cleveland led Brooklyn by five points to start the fourth quarter on Friday, before the Nets rallied to win by 11.

“I like our chances when it comes down to a dog fight,” said Kevin Love on Sunday. “That’s what it’s going to be come Tuesday night.”

Veteran point guard Patrick Beverley provides plenty of juice for Minnesota and is familiar with the Clippers personnel, having spent four seasons there before he was dealt to the Wolves in the offseason. Beverley’s toughness and leadership will play a significant role in Minnesota setting a physical tone on defense, and you can bet he will do his best to get under the skin of George and Reggie Jackson. 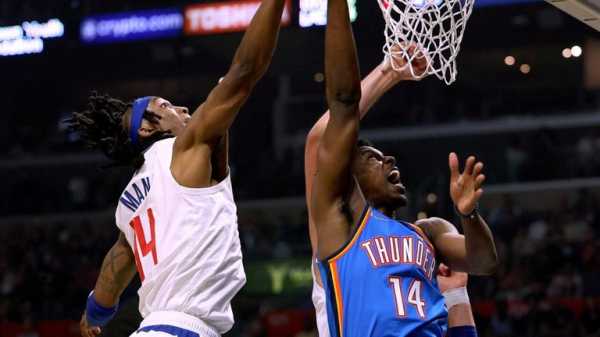 Minnesota will certainly lean on Beverley’s past postseason experience (59 playoff games, 31 with the Clippers), and he will serve as an emotional catalyst for Russell, Towns, and Anthony Edwards, who relishes high-stakes matchups.

LA cannot afford to fall into the emotional back-and-forth that Beverley is sure to spark against his former team. It’s unlikely, given the Clippers’ vast playoff experience and the leadership veterans like George, Jackson, Batum and Marcus Morris Sr provide. 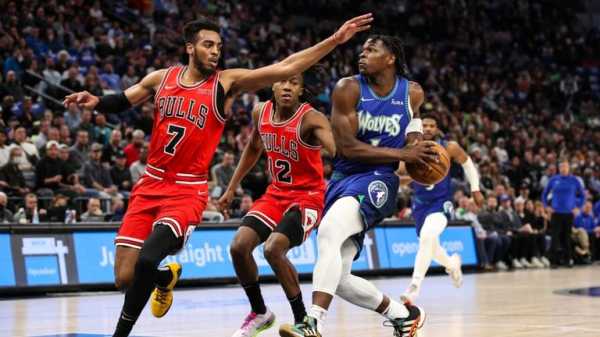 Even without Leonard in the mix, the Clippers reached the West finals last season for the first time in franchise history. Still, the Clippers will need to find a way to slow down Towns, Russell and Edwards. Minnesota’s frontcourt possesses more athleticism and scoring prowess than its LA counterparts. But Morris, Batum, Zubac and Isaiah Hartenstein are scrappy on the defensive end, which should make for a fun matchup.

Depth could also turn into a major factor in this one, and the Clippers are certainly stocked in that department with Terance Mann, Powell, Covington and Luke Kennard all owning double-figure scoring averages. Malik Beasley is the lone Minnesota reserve averaging more than 10 points.