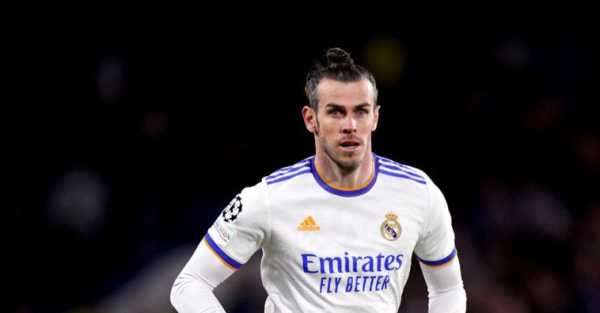 Casemiro has told Real Madrid fans jeering Gareth Bale that they are “whistling at the history of this club”.

Brazil midfielder Casemiro called on Real supporters to stop hounding Wales forward Bale, who has come under fire from the Bernabeu Stadium fans.

Bale was jeered on Saturday when he made a late substitute appearance in Real’s 2-0 win over Getafe in LaLiga, for his first Bernabeu outing since February 2020.

The 32-year-old has only mustered five appearances for Real this term due to a string of injury issues, and angered Madrid fans when missing the clash with arch-rivals Barcelona last month, only to feature for Wales four days later.

Casemiro urged the club’s supporters to stop getting on Bale’s back ahead of Tuesday’s Champions League quarter-final second leg against Chelsea in Madrid.

“I don’t agree when a player on my team is whistled,” said Casemiro. “We’re all on the same side, we have to support him.

“He’s a historic player. When you whistle him you’re whistling at the history of this club.”

Jesus Vallejo will miss Tuesday’s last-eight second leg after testing positive for Covid, while fellow defender Eder Militao will also be absent due to suspension.

Real stunned the defending champions 3-1 at Stamford Bridge last Wednesday, with Karim Benzema claiming his second Champions League hat-trick in as many matches.

The men from Madrid will expect to move one step closer to a 14th Champions League crown by completing the job and reaching the semi-finals on Tuesday night on home soil.

Benzema’s prodigious scoring record now sits at 37 goals in as many matches in all competitions for Madrid this term.

Boss Carlo Ancelotti hailed the 34-year-old for ageing “like a fine wine” after his Stamford Bridge treble, suggesting the added responsibility of the captaincy had helped hone his focus.

Casemiro insisted the France hitman has not gone through any grand transformation in order to scale new heights, however.

“The only thing that’s changed about Karim is his goals,” said Casemiro. “We’re honoured to be his team-mates. He’s an amazing player, and perhaps right now the most important player we have.”