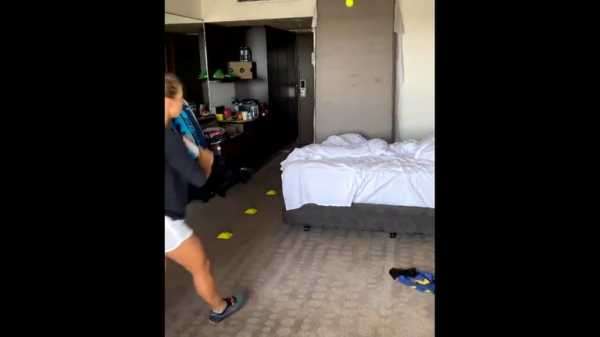 0:32 Yulia Putintseva posted a video of herself training in her hotel room while isolating ahead of the Australia Open (Video: @PutintsevaYulia)

The growing influence of female athletes is coinciding with the upward trajectory of women’s sport and its ongoing pursuit of equal treatment.

As the coronavirus pandemic threatened to derail the 2020 sporting calendar, Roger Federer called on the men’s and women’s governing bodies to merge, while elsewhere the Digital, Culture, Media and Sport Committee (DCMS) criticised the lack of funding for women’s elite sports, highlighting a concerning disparity in the rescheduling of COVID-disrupted men’s sporting events compared to that of their female counterparts.

Hantuchova acknowledges the continued existence of negative comments surrounding women’s sport and its athletes, but believes there has been notable progression in the overall perception.

“I think definitely women’s sports are respected much more these days, but I have to say I’ve been really lucky, maybe because of the people around me, that I never felt like I’ve been treated differently or anything else on a personal level,” she said.

“Funnily enough I started my first year covering just men’s tennis and that was a good challenge for me,” she explained. “That’s maybe when I felt a little bit like ‘okay let’s see how much she knows about men’s tennis’ and I think I was able to prove right away that I know what I’m talking about.

“And I’ve been very lucky with my colleagues and the people I’ve been working with that I was very welcome.”

Television evidently presented itself as a logical avenue for Hantuchova, who had been accustomed to the media side of things since an early age.

“I was used to having the cameras around me basically from the age of 13/14, I always felt comfortable around that so when the TV opportunity came I didn’t really have to think for too long.

“It takes a lot of adjustment, even though it’s the same sport it’s a different job and suddenly you go from being in an individual sport to having 30/40 people telling you what to do, adjusting to the time schedule, the long days and for any professional individual athlete it’s a big adjustment so it took a lot of energy but I’m really glad I stuck with it and I started to enjoy it from the first opportunity I had.” 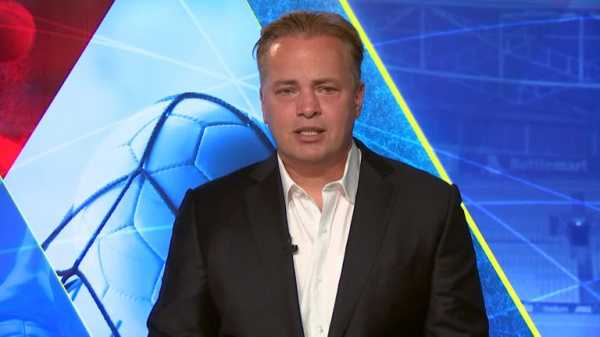 1:41 The Australian public do not want to run the risk of another lockdown after a number of tennis players tested positive for coronavirus ahead of the Australian Open, says Mark Bosnich

The seven-time WTA tournament winner has also expanded her media ventures into her own project, launching a podcast series entitled ‘The Real DNA’ back in April.

In his appearance on the show Murray details that he has been involved in over 800 press conferences since the beginning of his career, admitting that the regularity of them combined with the effort to avoid saying the wrong thing are a reason for what might be deemed as reserved answers when speaking to the media.

Hantuchova’s aim is to shed light on the true personalities and untold stories of individuals that inspire her, such as Murray.

“I think that’s one of the things that people love to see more, the real athletes and their personalities. That’s why it’s called DNA, it’s about their real values and the way they are deep down under.

“At the end of the day if people can take something useful for their life, some inspiration and have a little bit of fun, which is important in these tough times, that’s always been the main goal of that. It’s been a beautiful journey so far.”