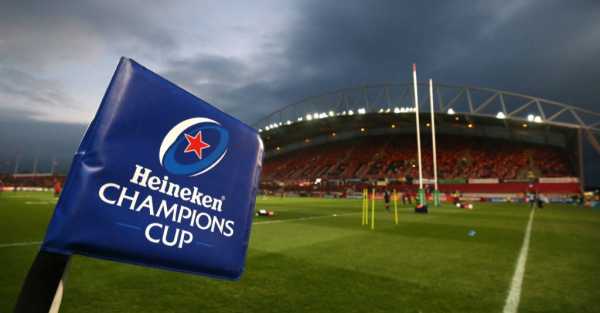 Munster have announced they will play their Champions Cup quarter-final against Toulouse at the Aviva Stadium in Dublin with their own ground unavailable due to two Ed Sheeran concerts.

Munster are due to face the reigning champions on the weekend of May 6th after advancing with a 34-23 win over Exeter Chiefs on Saturday, but always knew reaching the quarter-finals would mean a change of venue with Sheeran booked to play in Limerick on May 5th and 6th.

With no other venue within Munster – including Musgrave Park – either available or up to the required standards, the game is heading to the capital.

Munster’s chief operating officer Philip Quinn said: “While it wasn’t a decision that was made lightly, we have been vocal in our support for securing large-scale concerts for the venue for several years.

“It has been nine years since we hosted concerts of this scale, and we are fully aware of the huge economic benefit to the local economy, along with the stadium itself, that these concerts bring.

“We understand it’s frustrating for our committed and loyal support base, and we would love nothing more than to be playing in Thomond Park, however this decision was made prior to the season commencing and came at a time when economic factors were central to the decision-making process given the impact of the pandemic.

“We are now working through our plans to make our quarter-final as accessible as possible to all our supporters and will confirm details of these plans in the coming days once EPCR confirm the fixture details for the Aviva.”