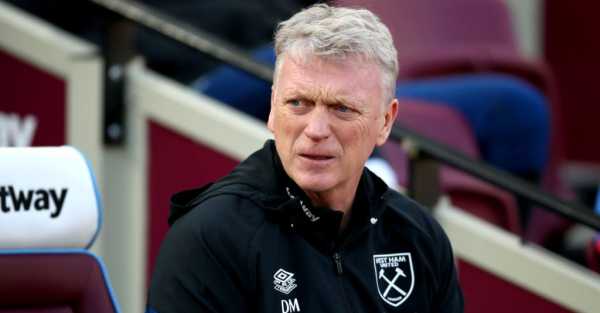 David Moyes was full of praise for Tomas Soucek’s performance after the match winner’s strike proved enough as West Ham boosted their push for a Champions League spot following a 1-0 Premier League victory over Wolves.

The Hammers boss had said before the game that he would like more goals from Michail Antonio and Soucek before the pair linked up for the hosts’ only goal of the game.

Antonio heeded his manager’s words, playing in Soucek in front of goal, which was then tapped home by the Czech Republic international to give West Ham the lead and ultimately, the three points.

Soucek scored 10 goals last season for the Hammers but before Sunday had only found the net three times in this campaign, but his manager was not ruling out the midfielder equalling his previous tally.

“He’s got four now, so I’m not putting 10 beyond him. He got 10 last year and he had a great season so I’m hoping that gives him the confidence,” Moyes said.

“I thought we were good on the ball, created some much-improved stuff. I thought we created more chances than we have in other games, so I thought there was lots of good things about today’s performance.”

Prior to the match there was a strong show of support for Andriy Yarmolenko and Ukraine, with Declan Rice leading the teams out carrying a number seven shirt in support of his team-mate.

“I think there is a message coming from the Premier League – you saw it last night in the Manchester City v Everton game.

“It it was a brilliant message that they’re putting out all round saying that ‘nobody here, nobody in this part of the world is recognising war, we don’t want it, we don’t want to hear about it’.

“We support Ukraine and we support our player in Yarmolenko.

“At the moment we’ve given him a bit of time off and I’m hoping that he’ll be back in training tomorrow, but we’re really just more interested that he’s got his family safe and that everyone connected with him is OK.”

Wolves were mostly forced to resort to trying their luck from distance and struggled to test Lucasz Fabianski in the West Ham net, finishing with just one shot on target, but manager Bruno Lage was pleased with his side’s performance.

“I think it was a good performance, I think we played the way we want and we like,” Lage said.

“In the end, when you look at our performance it was a good performance but the way we conceded the chances and the way we suffered that goal was unbelievable – but this is football.”

He added: “We played 30 minutes in their half of the pitch and we tried to create our chances and also to understand we are playing against a strong team.

“Fabianski is one of the best goalkeepers in the world to stop crosses, tall defenders and we needed to find a way – especially with our players – to score a goal.”