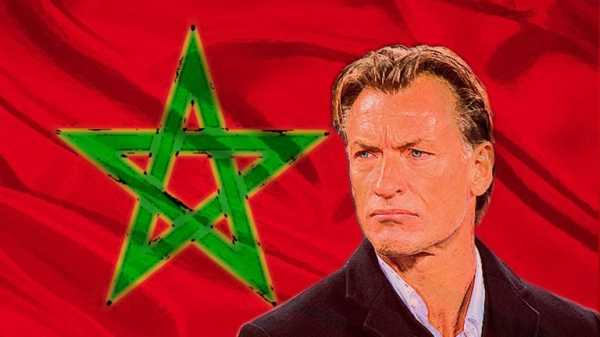 Morocco head coach Herve Renard was once in charge of Cambridge United. With the help of former players and staff, Adam Bate finds out about the two-time Africa Cup of Nations winner’s nine months in League Two and why his subsequent success is no shock.

There will be only two head coaches at the World Cup who have also managed in the Premier League and both Gareth Southgate and Roberto Martinez suffered relegation from the competition. But there is a third man in Russia who can beat that. Morocco boss Herve Renard left Cambridge United with the club at the bottom of League Two back in 2004.

The 49-year-old Frenchman has achieved much since then. A shock winner of the Africa Cup of Nations with Zambia in 2012, he repeated the feat with Ivory Coast in 2015 and has since guided Morocco to their first World Cup in 20 years. So it seems incongruous that his time at Cambridge ended in the sack – and relegation from the Football League just months later.

But if anyone thinks this was some disastrous fish-out-of-water tale, the story of a foreigner ill-prepared for the thud and blunder of English football’s lower leagues, then think again. Speak to those who were there at the time and there is no hint of surprise that Renard has gone on to enjoy so much success. He left quite an impression at the Abbey Stadium. 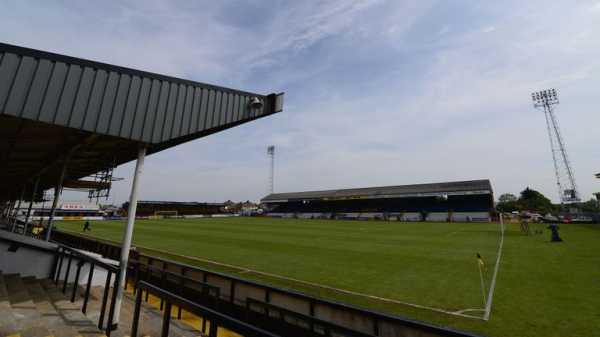 Everyone from groundsman Ian Darler to supporter liaison officer Dave Matthew-Jones seems to have fond memories. Former Cambridge full-back Warren Goodhind remembers an “unbelievable” manager, while his old team-mate Shane Tudor still regards Renard as “the perfect head coach” – perhaps the best that he has ever worked with.

“He was a guy who transformed the club in many ways,” Tudor tells Sky Sports. “The best way to describe it is like when Arsene Wenger went to Arsenal. It was a similar impact to that in terms of diet and nutrition. I remember that even his children did not drink coca cola. In terms of his ideas and his coaching methodology, he was exceptional.

“Don’t get me wrong, Herve could fall out with you. He was passionate and he would get in your face but there was always a reasoning behind it. That was the difference. He would get the best out of you but it was intense and there was no let up with him. It can be draining after a while but that is probably why he does so well at international level.

“He is probably a football club’s dream, to be honest, because he is a workaholic. He would run for hours every day and spend three hours in the gym. It would put the players to shame. In pre-season we were up at 5.30 in the morning and did three sessions a day so he got us fit and organised. He certainly got me properly fit and I learned a lot from him.”

For Goodhind, the strictness of that fitness regime was coupled with a personal touch that he has not forgotten to this day. “When we came in for pre-season, I remember playing a game up at Soham,” he tells Sky Sports. “I picked up a really bad injury. It was a partial tear of the adductor tendon in my groin. I cannot tell you how painful it was.

“I went to see a specialist down in Bournemouth and when I came back for rehab to do the running on my own, he would run with me before he began the session with the rest of the players. I just thought that was brilliant. He wanted the best for everyone and his fitness work changed us completely as players in terms of how we prepared. He had a big impact.”

Initially, that was apparent on the pitch too. Renard was introduced alongside veteran coach Claude Le Roy in March 2004 with the club having lost five of their last six games and in danger of being relegated. The turnaround was swift. Cambridge lost only one of their last eight matches. “They just lifted the place,” says Matthew-Jones.

There was still some confusion, however. Le Roy was the one with the reputation at the time, an Africa Cup of Nations winner himself with Cameroon who had also held roles at AC Milan and Paris Saint-Germain. He was the man introduced as the new manager, with chairman Gary Harwood claiming it was the most exciting appointment in the club’s history.

Unfortunately, Le Roy saw it differently. He insisted that he had only agreed “to help out a little bit” in support of his protégé Renard. He did not attend the first two games. There were even rumours that he had assumed the stadium was the training ground. “I think they thought it was something that it wasn’t,” adds Matthew-Jones. “They probably expected more.” 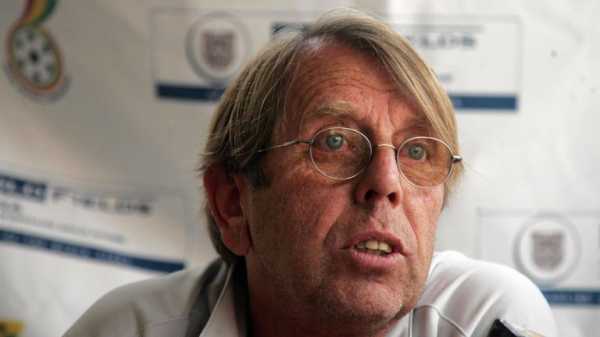 Le Roy became the new Democratic Republic of Congo manager in the summer of 2004, retaining the title of director of football, with Renard officially put in charge. But the loss of important players undermined his efforts and Cambridge could only win three of their first 21 games. Renard was dismissed in December with the club bottom of the table.

“He was probably dealing with players who frustrated him because they could not do what he wanted them to do,” says Tudor. “If he’d had a director of football alongside him who knew the league and brought in quality players he’d have been a master coach. But imagine moving to the lower leagues of France and having to find 15 players. You would struggle.”

Goodhind agrees. “Everyone was excited for the start of the following season but it just never worked,” he says. “We lost a lot of key players and it was tough. It was probably a bit of a shock for him and I was gutted that things didn’t work out. His hands were tied a little bit because you can only work with what you have got. Once he left, it all fell apart.” Despite returning to a more traditional lower-league style, Cambridge failed to win any of their next 12 games following Renard’s departure. Things were little better off the field. A 10-point deduction was imposed when they went into administration that April and relegation followed. The club would not return to the Football League for almost a decade.

There are still some survivors of Renard’s time. Darler remains the stadium manager and head groundsman. From the glory days under John Beck to the non-league struggles, he has seen it all during four decades with the club. But he has nothing but praise for Renard. “He was easy to work with which is probably all you can ask for in my job,” he tells Sky Sports.

“From the minute he arrived he was very flamboyant and very professional. He was a really nice person and he knew exactly what he wanted to do. Herve wanted us to be a footballing side but obviously it was quite short-lived. I think perhaps if he had been at a club that was better set up for the bigger stage then he could have done a really good job.” 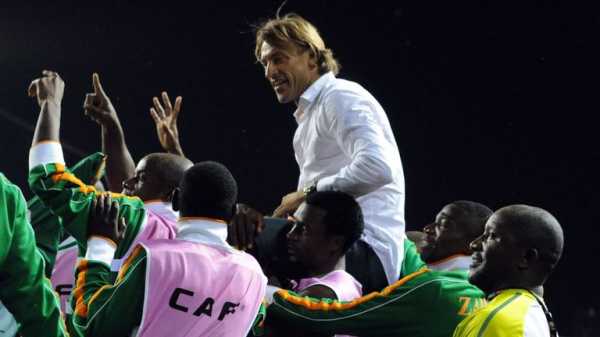 Renard has that stage now. He is preparing for his first World Cup, one that will pit Morocco against former winners Spain and reigning European champions Portugal. “I’m not surprised because there were elements even at Cambridge where you could see he had a pedigree,” adds Darler. “He has proven his point now. He won’t disgrace himself at the World Cup.”

His old players see it the same way. “He has gone on and not looked back,” says Goodhind. “It is phenomenal and he deserves it because he put the hours in.” As for Tudor, he sees a bright future too. “If you look at his record he should already have a bigger job than the one he has got,” he argues. “It would be interesting to see him come back to England now.”

Whatever happens in Russia, any return would surely come rather higher up the pyramid than at Cambridge – although the U’s have at least re-established themselves in League Two. From this position of relative security, those at the club can afford to be philosophical. “Herve was probably the right person at the wrong time,” concludes Matthew-Jones.