Mohamed Salah has set his sights on winning the Champions League after being crowned PFA Player of the Year as reward for a stunning season at Liverpool.

Salah has been a sensation since swapping Roma for Anfield last summer in a £34.3million transfer and against West Brom on Saturday he struck his 31st Premier League goal of the campaign, tying the record for a 38-game season.

Liverpool host Roma in the first leg of their semi-final on Tuesday and Salah’s dream is to follow up the recognition he has received from his peers by lifting silverware in Europe.

“My personal ambition is to win something with the team. I always think about the team, I don’t think about myself,” Salah said.

“The most important thing is to win something with the team and we’re very close now with the semi-final. Hopefully we’re going to win.

“The team has helped me a lot because of the way we play. They pass me the ball a lot and always try to find me.” 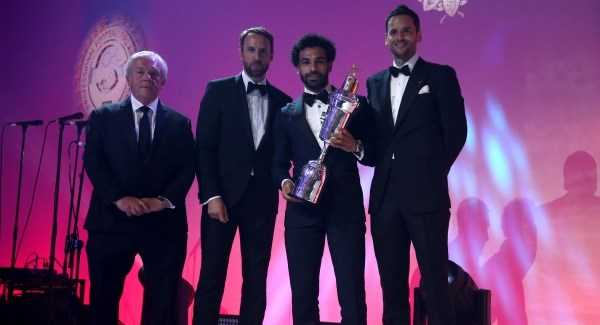 Salah was recognised at the 45th PFA Awards at Grosvenor House in central London on Sunday evening after taking the vote ahead of Manchester City playmaker Kevin De Bruyne.

But for City boss Pep Guardiola it is De Bruyne who should have been acclaimed due to his achievements over the course of the entire season.

“I know my opinion about this awards. If he (Kevin) doesn’t win, congratulations to the guy who is going to win,” Guardiola said.

“From my point of view when you are analysing nine, 10 months, there was no player better than him.

“Maybe there are guys with numbers better than him but for me in the team that wins (the title) with five games to go, he was the best.

“I would like to feel he deserves it. But in the end, in summer time he will be at home being champion.”

Anthony Joshua recovered from his nightmare against Andy Ruiz Jr with hours of chess, sleepless nights and true friends