Uruguay have snatched a win over Egypt in the day’s first game of the World Cup.

Egypt, who looked to be heading for a draw in their Group A opening encounter, were left to rue some slack defending as Atletico Madrid defender Jose Gimenez managed to beat two defenders to head home the winner.

It came with only a minute to go of normal time after an off-game from Barcelona star Luis Suarez who saw his international compatriot Edinson Cavani make more of a striking impact.

Twice Cavani tested the opposition goalkeeper, as well as striking the post, but it looked like Uruguay were going to have settle for a draw until Gimenez headed in the last-minute goal.

Mohamed Salah was not included in Egypt’s starting line-up for their World Cup opener against Uruguay.

The Liverpool forward has been battling to be fit for the start of the tournament ever since suffering a shoulder injury in the Champions League final against Real Madrid. 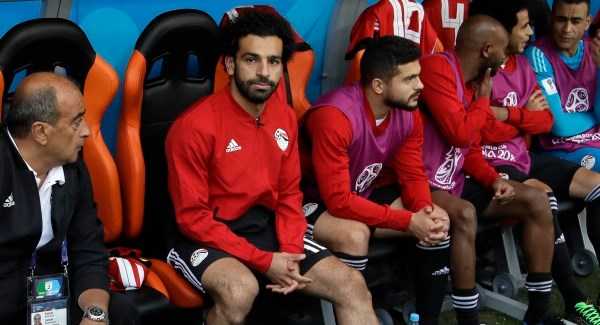 There was also no place in the line-up for Essam El Hadary, the goalkeeper bidding to become the oldest player ever to appear in a World Cup, with Mohamed Elshenawy preferred.

Star forwards Luis Suarez and Edinson Cavani were both in the Uruguay line-up for the match in Ekaterinburg.

The Barcelona star was making his first World Cup finals appearance since he bit Italy’s Giorgio Chiellini in the 2014 tournament, an act which earned him a four-month ban from all football.

Cavani’s volley from outside the area midway through the half was deflected over the crossbar by Egypt’s Ali Gabr, who spent the second half of last season on loan at West Brom.

From the resulting corner Suarez fired a shot into the side-netting from close range.

The first half ended goalless as Uruguay struggled to make much impact in the final third, with one of the most notable aspects of the match being the swathes of empty seats inside the stadium.

A tongue-in-cheek tweet from the official FIFA World Cup account at the end of the half, referencing Russia’s 5-0 demolition of Saudi Arabia yesterday, read: “We’re in danger of losing our five goals per game average at the FIFA #WorldCup”.

Sam Morsy, who helped Wigan win promotion from League One last season, was introduced as a 50th-minute substitute in place of the injured Tarek Hamed.

The introduction of new Huddersfield signing Ramadan Sobhi as Egypt’s third substitute removed the possibility of Salah being given a run-out.

Uruguay stepped up the pressure again, with Cavani drawing a fine save from Egypt goalkeeper Elshenawy as the Paris St Germain forward unleashed another powerful volley. 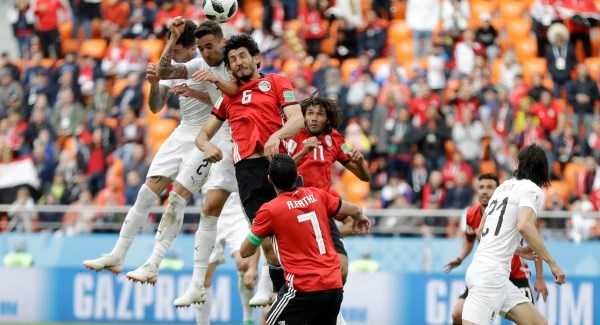 Cavani struck the post with a free-kick late on before the South Americans finally made the breakthrough in the 90th minute as Gimenez rose high to head home a set-piece.

The game finished 1-0 to Uruguay, who will face Saudi Arabia in their second Group A game on Wednesday.