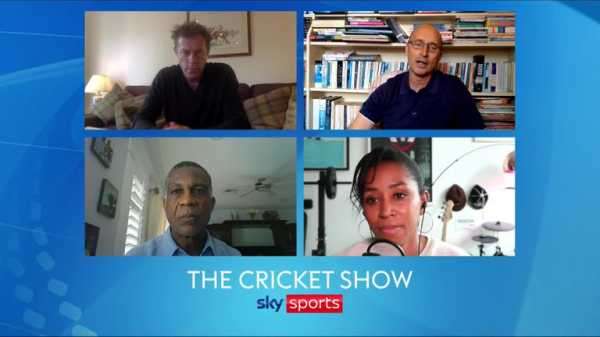 Michael Holding says he would be ‘bruising my knee until I go into my grave’ if he were still a sportsman as he stressed the importance of the gesture.

Michael Holding says he would be “bruising my knee until I go into my grave” if he were still a sportsman and that the United Kingdom is not doing enough to tackle racism.

Holding was speaking on a special edition of The Cricket Show to mark one year since the murder of unarmed black man George Floyd in Minnesota by a white police officer.

Videos of Holding and fellow Sky Sports expert Ebony Rainford-Brent went viral last summer when they spoke passionately about Floyd’s death, racism they have seen and experienced and the Black Lives Matter movement during day one of the first Test between England and West Indies.

Former West Indies fast bowler Holding was a strong critic when England stopped taking a knee later that summer and believes the gesture remains vital in attempting to combat prejudice.

He told The Cricket Show: “I think everyone recognises that the worldwide gesture to support Black Lives Matter and the entire cause is taking a knee.

“I don’t see why that is something that should be difficult for people to do. It is a worldwide acknowledgement – everyone knows what you are doing when you take a knee.

“I am not going to tell people they must take a knee – I am not here to tell people what they need to do. I don’t want people to take it as a tick-in-the-box exercise.

“You must want to support the cause, you must be willing to understand and see that something is wrong and this is the worldwide accepted way of showing support for the cause.

“Why stop it? Unless you think we have made enough ground and are travelling in the right direction and are well on the way and can move on from taking a knee.

“But, right now, I don’t think we have made enough ground, especially in the UK. I am going to be blunt now. I don’t see enough action in the UK. 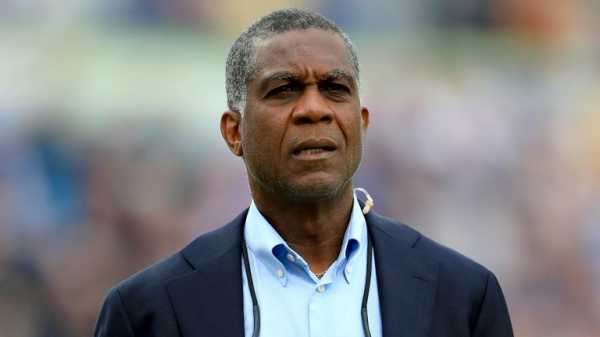 “I see a lot of action in the US. Big corporations in the US putting up millions and millions of dollars toward programmes to levelling the playing field.

“Apart from Sky, who are we seeing in the UK doing anything? There is a little bit of lip service every now and again but what really positive signs of action have we seen?

“People tell you ‘we are doing this in the background’. No. I go back to the age-old saying: justice must not only be done, it must be seen to be done.

“I want to see companies in the UK coming out and taking action and let people see what they are doing to support this cause. It takes a huge amount of work to get this thing done.

“Until I can see that on a regular basis, action being taken and progress being made, if I were a sportsman right now, I would be taking a knee, I would be bruising my knee. Bruising my knee until I go into my grave.” 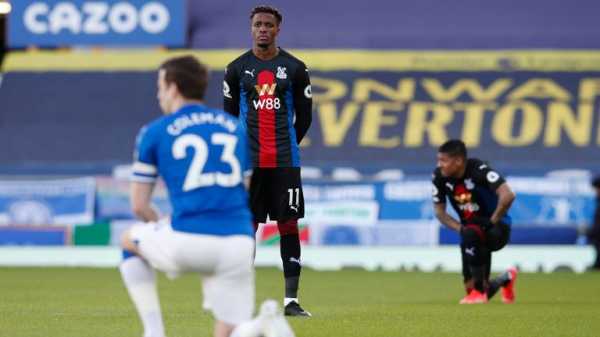 Crystal Palace footballer Wilfried Zaha became the first Premier League player to choose not to kneel before games earlier this year, saying: “There is no right or wrong decision, but for me personally I feel kneeling has just become a part of the pre-match routine and at the moment it doesn’t matter whether we kneel or stand, some of us still continue to receive abuse.”

Of Zaha’s decision, Holding – whose book Why We Kneel How We Rise, which features contributions from Thierry Henry, Makhaya Ntini and Naomi Osaka among others, is released next month – said: “I totally endorse Zaha’s position of not taking a knee.

“I am not thinking everyone must be the same. Me personally, I would never get tired of taking the knee but I can understand his situation, he is fed up of taking a knee and seeing no action.

“My view is that anyone who doesn’t know about the cause, someone coming down from Mars and going to a game, and sees everyone take a knee, they may ask the question, ‘why are they doing that?’ Keep the awareness going.” 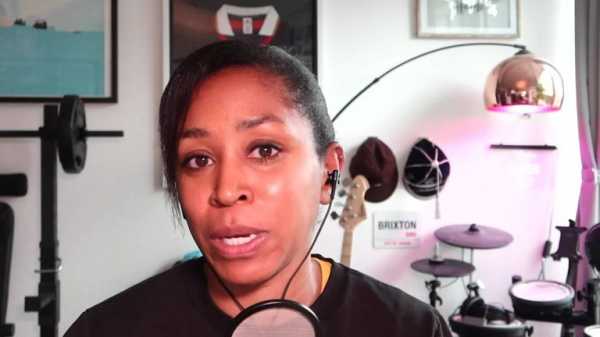 2:40 Ebony Rainford-Brent reflects on how George Floyd’s murder impacted sport and the legacy he left behind, as the world marks one year since his death

On the England men’s cricket team not taking the knee for the entirety of last summer, Rainford-Brent said: “I am somewhere in the middle on this.

“When it comes to cricket, I felt we should have taken a knee for the summer [but] it was parked quickly.

“I don’t mind it being parked if there is action and things are happening but with the roots of our game and how cricket has been used as a tool through history to perpetuate white supremacy, I thought it would have been a great opportunity to say ‘this is our moment’.

“I wasn’t expecting it to trickle over to this season but I thought – a meaningful amount that left enough in the consciousness.

“The danger is twofold. One is if you go on too long and it can feel like people lose track of it happening and lose awareness.

“The other is taking a knee when no action is being taken. That’s probably what winds me up the most. That is pointless, the worst of all scenario. You are not building awareness, not making change, you are just kind of doing a symbol to keep everyone quiet.” 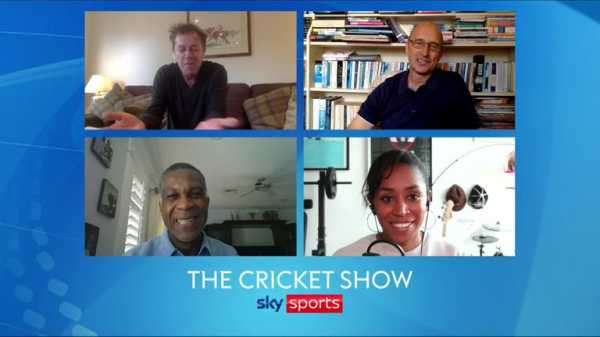 2:51 Holding and Rainford-Brent discuss how their impassioned feature about racism last summer came about

Holding is confident effective change can be made in the battle for equality and is adamant that education is the most important element.

He added: “I see a lot of positive movement, a lot of things happening, people recognising that there is a problem.

“Years ago, it would be brushed under the carpet. Now I see people taking things seriously and organisations getting involved deeply, not just on the surface.

“I see things really happening – but I am very disappointed in a lot of things I see in the UK.

“I saw a company had an ad in it with a black couple for Christmas and the comments they got. One comment that stuck with me was ‘when are we going to get a white Christmas?’ That just irritates me so much that people can’t just understand what life is all about.

“Then there was a quiz programme where there were three black couples and Ofcom apparently got hundreds and hundreds of complaints. Come on. Aren’t we all human beings? I just don’t get that sort of thing.

1:43 Holding broke down on live television last summer as he recalled the racism his parents had to go through

“People don’t understand what it is like to come under that sort of pressure throughout your entire life. Some people say things and don’t even realise what they are saying or the effect it might have on a black person. It’s something they get accustomed to saying.

“As a black person, when you hear certain people say certain things it burns inside. I have had many occasions when people have said something or treated me a particular way when I think to myself ‘are they just rude or are they racist? Is it because I am black that they are treating me this way or is it because they don’t know any better because they are rude?’

“I have no idea – but as a black person the first thing that comes to your mind, because of the constant battle with racism, is racism. Sometimes you are wrong, sometimes the person is not racist, but it builds up inside of you and the first thought is racism.

“If we educate everyone and get them to understand what life is like for all – for whites, for blacks, for everybody – then we will not get in a situation where we will keep on repeating shows like this.

“That, I think, is the objective. To educate people and make sure they understand what it is like to be in someone else’s shoes. 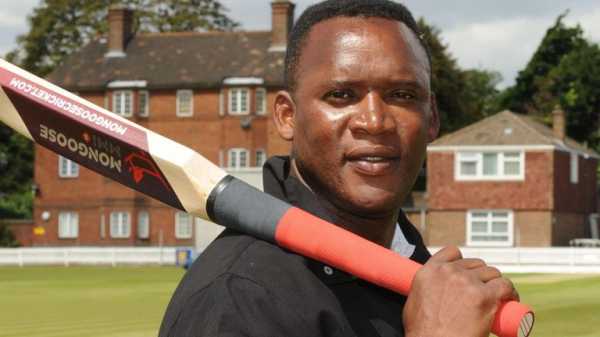 0:35 Devon Malcolm says the black athletes and coaches on the Sports Monitoring Advisory Panel can help drive change in the sports sector

“Just try to understand the other person’s point of view and let us all come together and solve this problem. If anyone doesn’t think there’s a problem, they are part of the problem.”

On whether he felt compelled to speak out about racism earlier in his life, Holding said: ” As a young man growing up and playing the game, whenever I came across any racism, I was quite selfish, I just brushed it off.

“I am glad I had that attitude because if I was to rebel against it, demonstrate against it, I wouldn’t be sitting here now.

“People have gone to the Olympics, first and third on the podium, raised their hand to signify they are against racism, and their careers came to an end. We don’t even need to go back that far.

“A picture of Colin Kaepernick is on the front of my book. Look at his career. He stood up and said he is tired of this because it is wrong and his career came to an end

“It is obvious, if I had stood up and done anything to signal my disgust my career would have ended. That is just the world we live in.”

Kick It Out reporting racism

Online Reporting Form | Kick It Out

Kick It Out is football’s equality and inclusion organisation – working throughout the football, educational and community sectors to challenge discrimination, encourage inclusive practices and campaign for positive change.