Conor McGregor has taken to Instagram to respond to his release from a US jail last night.

McGregor was arrested after being charged by police after allegedly slapping a phone out of the hands of a fan and stamping on it repeatedly.

The MMA star posted a picture on his Instagram account in which he said that “patience in this world is a virtue I continue to work on”.

He also thanked his fans saying that he loved them “dearly”.

McGregor’s defence attorney, Samuel Rabin issued a statement saying that he was “involved in a minor altercation involving a cell phone that resulted in a call to law enforcement.

“Mr McGregor appreciates the response of law enforcement and pledges his full cooperation.” 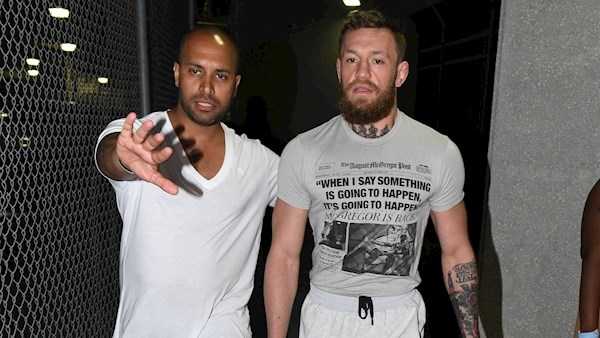 McGregor has been charged with “strong-arm robbery and criminal mischief” after the incident outside the Fontainebleau Hotel on March 11.