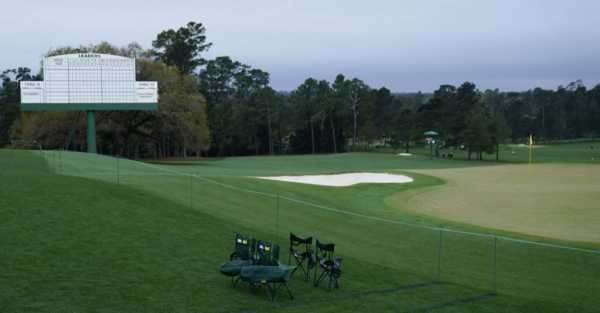 The start of play in the first round of the 86th Masters was delayed due to bad weather on Thursday.

Thunderstorms which forced Wednesday’s par-three contest to be abandoned continued through the evening and overnight in Augusta.

Tournament officials announced that the first group would start at 8.30am local time instead of 8am, with Tom Watson joining Jack Nicklaus and Gary Player as honorary starters at 8.15.

The trio will hit tee shots on the opening hole before retiring to the clubhouse.

The delay meant Tiger Woods was now scheduled to tee off at 11.04 local time following his remarkable recovery from injuries sustained in a car accident in February last year.

“It’s just truly amazing,” Masters chairman Fred Ridley said in his annual pre-tournament press conference. “I don’t even know how else to say it.

“I would have probably taken some pretty high odds a few weeks or a few months ago whether or not he would be here.

“But when you think about it, it really shouldn’t surprise us. He is one of the most determined, dedicated athletes that I have ever seen in my life.

“I saw him last Tuesday when he was out practicing, he was in great spirits and had (his son) Charlie with him.

“It was interesting in his press conference that he said the only real issue is walking, that his golf swing’s fine. So who knows what might happen this week. But we are excited he’s here.”