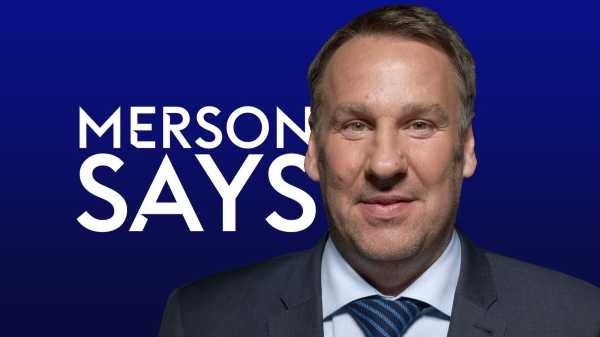 Gareth Southgate is in a real predicament, isn’t he? He’s got big players, ones he trusts, who can’t get into his team.

It’s alright at the moment and he can get away with it today because there’s another two months to go until the World Cup. But come November, if Harry Maguire is only playing Europa League football, how do you play him in Qatar? 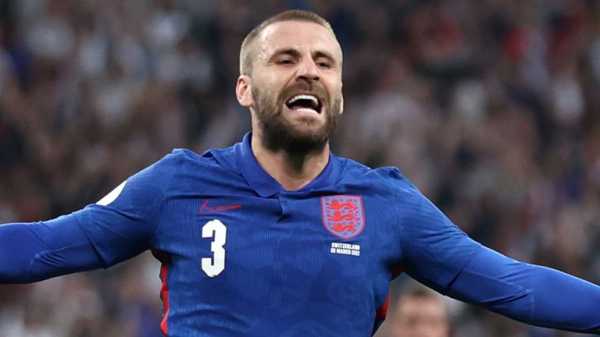 The Soccer Saturday panel react to the England squad announcement, with Paul Merson believing Luke Shaw is fortunate to be included.

That’s the problem with Gareth, he’s very loyal. The reason why he’s picked Maguire along with Luke Shaw in this England squad is because they actually need to play some games – and they’ll play against Italy and Germany.

I don’t see Shaw making it to the World Cup, though. He needs to be playing football constantly, every week, and that’s not happening.

I don’t see how he gets in for Qatar, especially looking at the number of full-backs we’ve got. That’s a position that we are blessed with. Why do you need him? Image: Will Maguire and Shaw make it into the England squad?

Rashford should go to Qatar, but not Sancho

I think Marcus Rashford should feel hard done by. If he wasn’t injured, I think he would have got into this squad and I think he’ll get into the final 26-man World Cup squad if he keeps doing what he’s doing.

It does depend on what Ivan Toney does in the two Nations League games this month. I think the Brentford man has a chance otherwise there’s no point of him being there in the September squad. 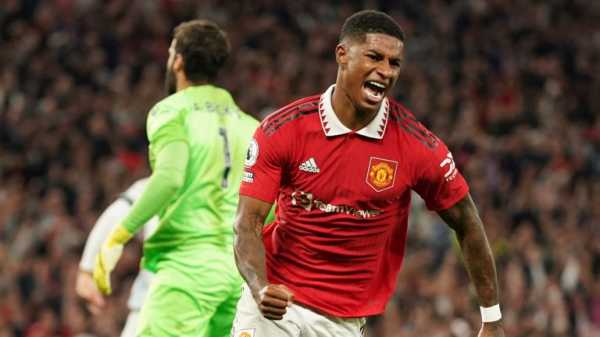 Image: Manchester United's Marcus Rashford has been scoring goals but is currently injured

I don’t think anyone else will get into the England fold between now and the World Cup. There’s not too many English footballers playing well at the moment. Roy Keane hit it on the head when he said: if you’re not playing for your country, you’re not very good.

I can’t think of anyone who’s not playing for England right now who is good, there’s not a lot players left out there.

People talk to me about Jadon Sancho, but he’s scored two Premier League goals and got no assists. He’s not ripping it up, and while he scored a good goal against Liverpool he’s in a queue of a lot of players in that position. 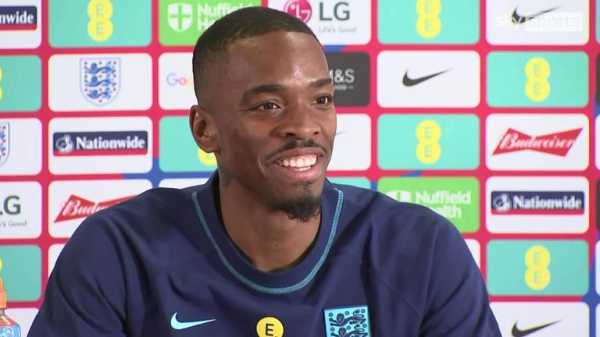 Brentford striker Ivan Toney says he never doubted his chances of an England call-up but adds why he turned down the possibility of playing for Jamaica.

My England starting XI for Iran 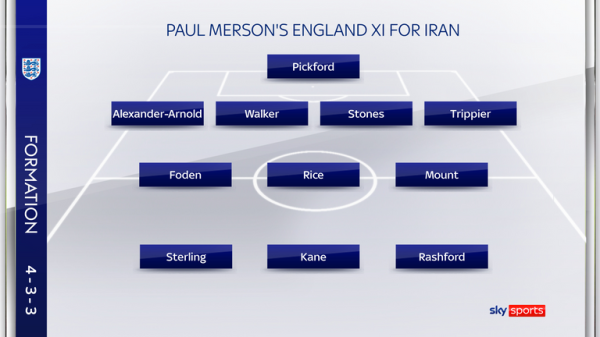 We’re playing Iran in the first game, which going to be hard.

It’s a nightmare start against a team that is used to being in hot weather. It’s their first game and they’re going to run around – it’s not like the third game of the group and they’re out. How many shocks do we normally see in the first round of games? You see loads.

I don’t like playing four at the back – and in any other game I’d play three, but we have to break Iran down.

Whatever happens, Alexander-Arnold must play in the opener. I definitely don’t think he’s a better player than James in terms of being an all-round player. But if you’re talking about a team like Iran who are going to put 10 behind the ball and you need to break them down, Trent has to be in the team for that game. He’s the best passer of the ball in the country, in my opinion. 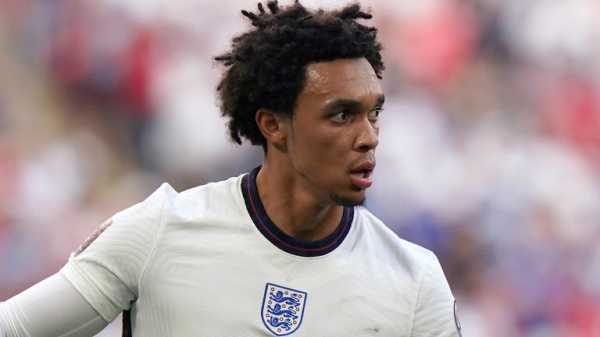 Jordan Pickford will be in goal, with Trippier at left-back because it might be a set play that wins it. Then I would have to put Walker at centre-back, because if you’re asking Alexander-Arnold to bomb forward then Walker has to play because of his pace. I would probably play John Stones with him.

You don’t need two holding midfield players against Iran so there’s no need for both Declan Rice and Kalvin Phillips. So I’d play Rice in there, Mason Mount to the side of him with Phil Foden on the other side as we have to get him in the team. The front three will be Raheem Sterling, Harry Kane and Marcus Rashford – if he keeps on firing.

It might be a big match but we should dominate this football game so I want as many players on the pitch that are going to hurt them. We can’t be playing sideways football, I want people who are going to commit players and put people through with eye-of-the-needle passes. Image: England manager Gareth Southgate has to choose between a back three or back four

As soon as we play against a top team and we start getting into the knockout stages, I think we have to play a three at the back. I don’t think we’re good enough against those teams to play four. If we do, I don’t think we’ll do anything at the World Cup. 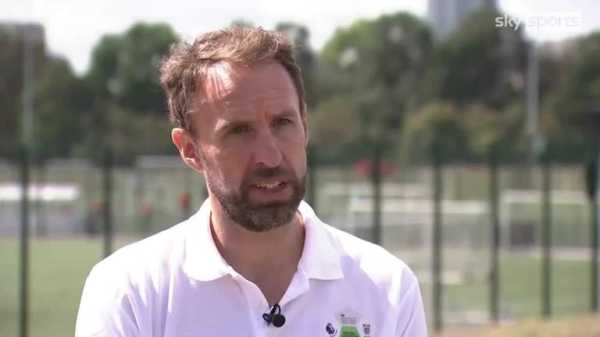 Gareth Southgate discusses his best England XI and why making quick decisions and adapting to a mid-season World Cup is key to success in Qatar.

England’s success in Qatar all depends on how they deal with the heat. It going to be so hot out there. I played in Euro 1992 in Sweden and that was hot – but it wasn’t like what this is going to be.

It’s all about how Southgate manages these players. Hopefully we can get two or three-nil up in games and bring players off with 20 minutes to go. That will make a difference.

You’ve got to say the expectation is semi-finals minimum. There’s not too many teams who can cause us major problems. Why can’t we beat France in a potential World Cup quarter-final? They are probably the same as us really, but while they’ve got that little bit extra, I wouldn’t be surprised if we beat them. 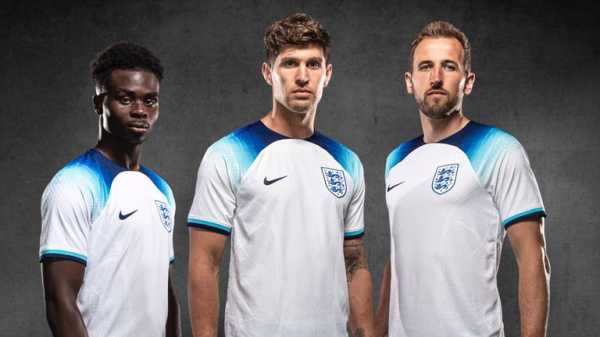 Image: England should be aiming for the World Cup semi-finals at least in Qatar, says Merson

You can reel off another England starting XI that I haven’t picked above. You’ve got Bukayo Saka and Jude Bellingham who are £70m to £80m players. You’ve got Jack Grealish who is a £100m player. You’ve got Sancho who might not even go and he’s been bought for £75m.

We’ve got the ammunition and it comes down to Kane. If Kane plays, well, there’s a chance England win the World Cup. There’s no way we win that World Cup if he doesn’t. 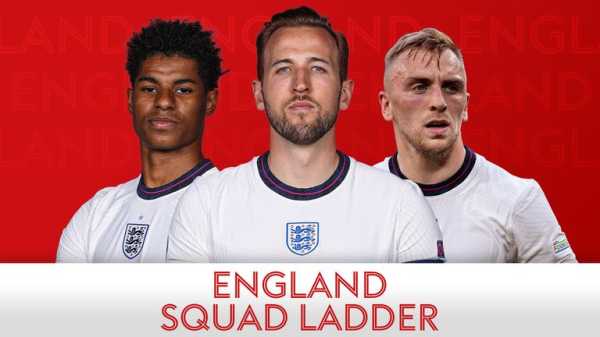 Is Harry Maguire a shoo-in for Gareth Southgate? Can the injured Kalvin Phillips win his race to be fit? Could Ivan Toney jump above Tammy Abraham and Marcus Rashford in the pecking order?

From now until England boss Southgate names his 26-man group for Qatar 2022, with his announcement expected on October 20 ahead of the tournament’s start date of November 20, we will be ranking the players we deem most likely to make the cut. Read the article to find out which players are on the up – and which are on the slide.