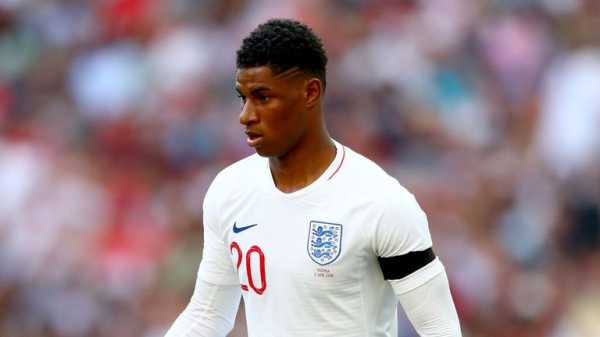 Marcus Rashford hopes the pain of Euro 2016 can inspire England at this summer’s World Cup in Russia.

England were eliminated by Iceland two years at the last-16 stage of Euro 2016 – a result which caused Roy Hodgson to resign as manager.

Manchester United forward Rashford was the youngest member of that squad – then aged 18 – but the disappointing nature of England’s exit has stuck with him.

“The feeling of losing is a nasty feeling,” Rashford said. “Sometimes when you speak to people they don’t really understand the feeling.

“We’ll definitely take the things that happened in that tournament into the next one because that’s going to put us in good stead.”

Rashford had just one cap to his name when he was selected to go to Euro 2016, but he has since played a further 17 times for England.

The 20-year-old believes the current squad have developed an identity under Gareth Southgate and he is confident England can avoid a repeat of the disappointment they suffered two years ago.

“If we do anything less than that then we are going to be disappointed in ourselves.”