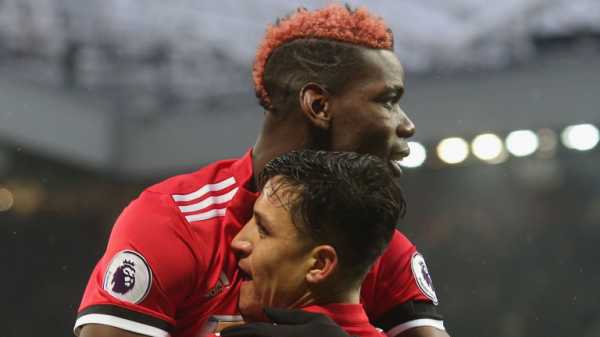 Manchester United were beaten 1-0 at Newcastle, their second defeat in three games since Alexis Sanchez was introduced to the team. Jose Mourinho has a top-class talent but finding the right balance in attack is the challenge facing the United manager now, writes Adam Bate.

“When you watch this Manchester United team, there is so much talent. Paul Pogba, Alexis Sanchez, Romelu Lukaku and Anthony Martial. It just needs five to 10 per cent more intensity. That speed in everything that they do. Every time you watch them, if they could just link together with some rhythm they are not far away. But there is something missing.”

The game at St James’ Park was barely halfway through when Gary Neville delivered that assessment of his former team. It was even more appropriate upon the final whistle with Manchester United having been beaten 1-0 by lowly Newcastle and thus failing to find the back of the opponents’ net for a second consecutive Premier League away game.

In truth, Jose Mourinho’s men were unlucky not to score – the manager putting it down to “the gods of football” in his post-match interview with Sky Sports. Newcastle’s win certainly owed plenty to a stunning debut performance from Slovakian goalkeeper Martin Dubravka and a series of desperate blocks – one from Florian Lejeune and two from Dwight Gayle.

But fluency going forwards was an issue for Man Utd and Mourinho may consider rethinking his decision to deploy Sanchez on the left side of his attack. That is where the arrival from Arsenal has done his best work in the Premier League so it is a natural move. But Sanchez’s versatility is a key asset and the problem right-sided role may be a better fit. 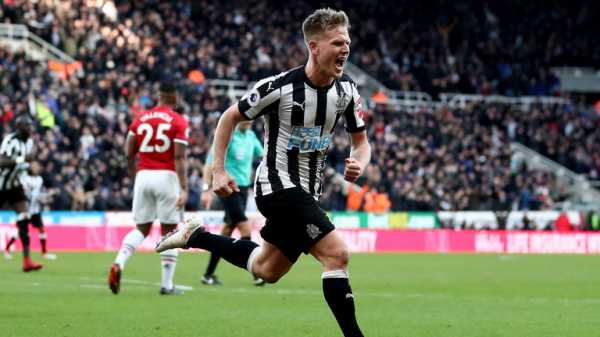 After all, that would allow Anthony Martial to operate on the left wing where he was in the form of his career prior to the signing of Sanchez. The Frenchman scored in each of the three Premier League games that he played prior to finding himself moved to the opposite flank to accommodate the new man in the 2-0 defeat at Tottenham.

“The question beforehand was how he will do on the right,” said Neville on co-commentary for Sky Sports. “He is still getting his goalscoring chances. That is the important thing for him.” Indeed, Martial did have a clear-cut chance to open the scoring when put through by Nemanja Matic during the first half but saw his shot saved by the left leg of Dubravka. 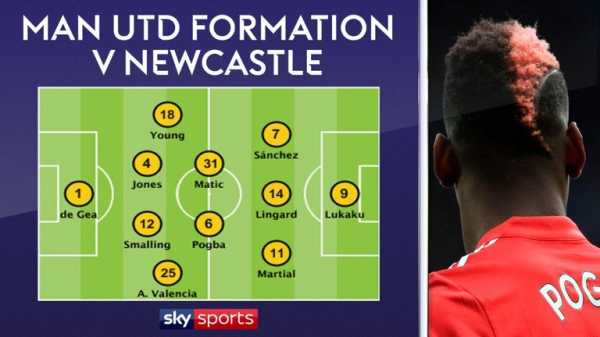 He has a well-earned reputation for being clinical in front of goal but Martial’s trademark finish is the slotted pass into the far corner when playing from the left channel. With Sanchez telling Sky Sports pundit Thierry Henry that he prefers the No.10 role behind the striker, it suggests that key players are not in their optimum positions.

Mourinho is aware of the conundrum, but finding the solution is not so straightforward. He introduced Juan Mata from the bench in place of Jesse Lingard with the intention of getting Sanchez closer to Lukaku, but the problem is that Lingard serves a dual purpose in that central zone due to the issues elsewhere in Man Utd’s midfield. 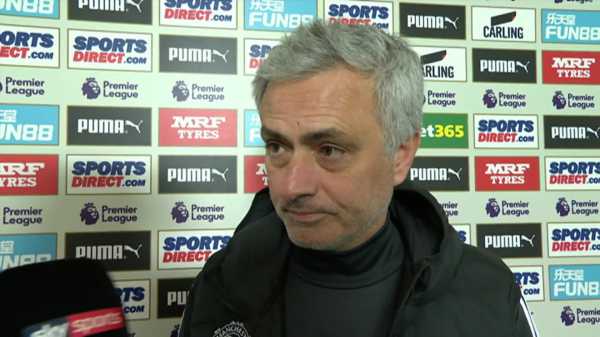 Pogba endured a difficult afternoon on Tyneside despite Mourinho’s insistence that the player was fully fit. He did not look that way for the 66 minutes prior to his withdrawal in favour of Michael Carrick. Pogba completed the fewest high-intensity sprints of any starter on either side and had the slowest top speed of all 20 outfield players as well.

“He is just ambling around at the moment,” said Neville just after the hour mark. Moments later, Newcastle got the breakthrough and the midfielder was partially culpable, failing to pick up his man from a free-kick while Carrick waited to come on to replace him. “It’s poor,” added Neville. “He doesn’t even challenge for the first ball. That sums up Pogba’s day.” 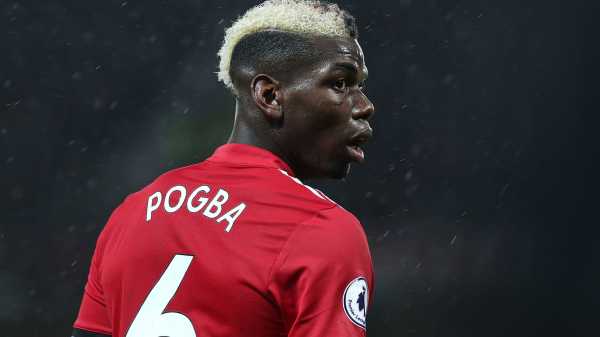 Man Utd’s record signing has so many qualities. He has created more chances, made more assists and completed more dribbles than any other Man Utd player this season. Some of the criticism of him feels grossly over the top given this contribution. But there is an issue in big games when he is expected to slot in alongside Matic in a two-man midfield.

Even at St James’ Park it was apparent why Lingard’s energy when dropping deep into the midfield can be so important if Pogba only has Matic for company. That is the problem that Mourinho now faces. How can he mould the myriad of talents in this Man Utd squad and fashion them into a side capable of winning titles? Sanchez wants to play as a No.10 but Pogba is more effective in a midfield three, which would mean setting up without a No.10. If Sanchez plays wide on the left it means moving Martial from the position where he has been in such good form this season. Switching Sanchez to the right in a 4-3-3 formation might make more sense but time will tell if that is an option.

It is not easy and, for now, there is a mixture of excitement and frustration. Excitement because of the belief that Man Utd now have the pieces in place to create something special, but frustration because of the feeling that this is a tricky puzzle to put together. Mourinho will be hoping that the jigsaw start to take shape sooner rather than later.