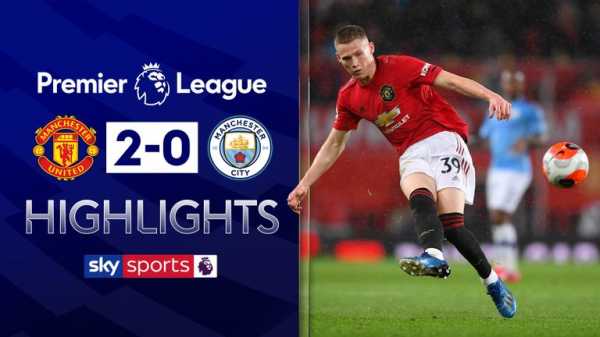 Anthony Martial volleyed Bruno Fernandes’ exquisite free-kick past Ederson half an hour into the 182nd Manchester derby, an effort the City goalkeeper got two hands to and should have saved.

Scott McTominay then settled the contest deep into stoppage-time, pouncing on Ederson’s wayward throw from the back with a superb long-range strike into the unguarded City net that sparked euphoric scenes in the home crowd.

City had dominated possession but crucially lacked the cutting edge as United registered the eighth clean sheet of a now 10-game unbeaten run, Sergio Aguero’s second-half equaliser – ruled out by VAR by the finest of offside margins – the closest the champions came to scoring.

The victory sees United secure a first league double over City in a decade and leaves Ole Gunnar Solskjaer’s side just three points behind fourth-place Chelsea in the race for Champions League qualification, while the champions stay second after their five-game winning run was brought to an end.

Man of the Match: Anthony Martial. 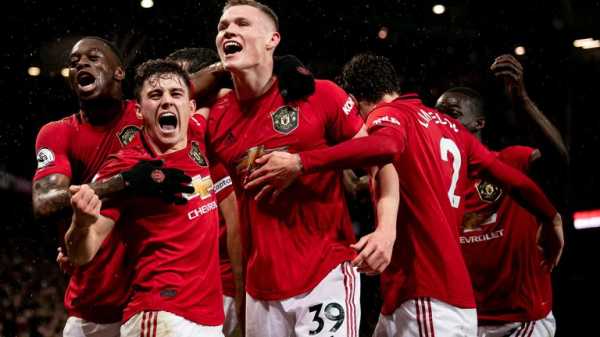 City dominated possession and outplayed United in an encouraging opening 25-minute spell from the champions. Raheem Sterling drew a save from David de Gea at full stretch inside 10 minutes, after Sergio Aguero picked a hesitant Luke Shaw’s pocket.

City grew more menacing with each attacking wave, but the clear-cut chances fell United’s way, though Daniel James’ tame near-post drive was no match for Ederson on the quarter hour.

Martial then got the better of Fernandinho down the right channel but selfishly went alone when Fernandes was better placed, and Ederson dealt with his effort with ease. But the Frenchman atoned two minutes later, latching onto Fernandes’ instinctive chipped free-kick over the City defence before sending a volley towards the near post that squirmed under Ederson’s woeful attempts to keep it out.

The goal breathed life into United, who thought they should have had a penalty three minutes before half-time when Fred went to ground in the area following a Nicolas Otamendi lunge, but referee Mike Dean booked the Brazilian for diving, despite replays showing clear contact.

City reasserted their authority at the start of the second period and had the ball in the United net within seconds of the restart, but Aguero’s effort was ruled out for offside by VAR by the finest of margins.

United were nearly gifted a second on 48 minutes when Ederson allowed a back pass to squirm agonisingly towards his own goal line but, with Martial bearing down on the goal, the City goalkeeper spared his blushes, clearing before the United striker collided with the post. 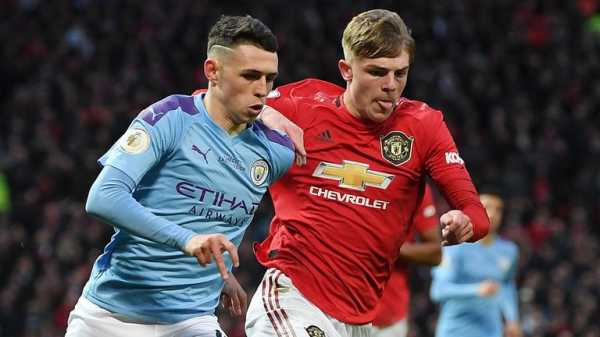 Phil Foden, on his first Manchester derby start, stung De Gea’s palms on 56 minutes and Otamendi flashed a header over from a corner as City mounted a sustained push for an equaliser.

James, like Martial in the first period, selfishly went alone on 70 minutes when Fernandes was better placed, and his drive was tipped over by Ederson.

City mounted a late rally on the United goal, but Sterling and substitute Riyad Mahrez were unable to salvage a point for the champions, and those hopes were extinguished in the driving Manchester rain when McTominay brilliantly latched onto Ederson’s poor pass from the back to add an emphatic scored a long-range second. 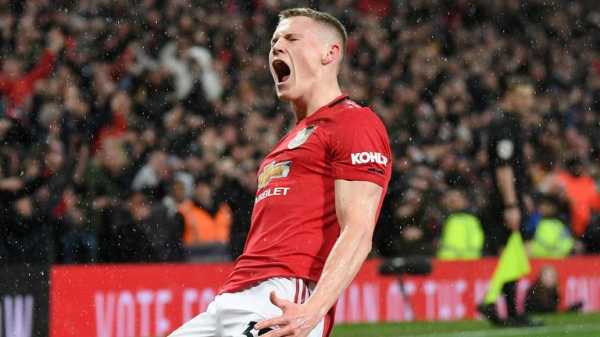 What the managers said… 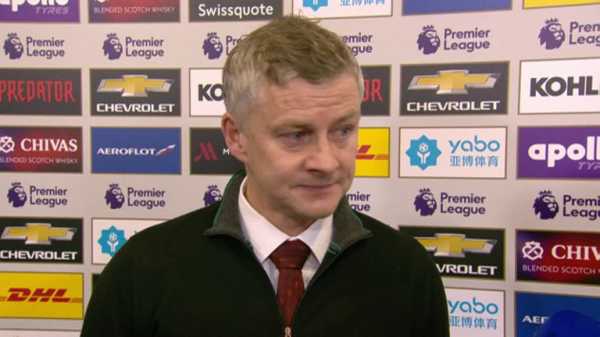 2:51 Ole Gunnar Solskjaer says his Manchester United side showed commitment, attitude and desire in their victory over Manchester City.

Man Utd manager Ole Gunnar Solskjaer: “The desire, attitude, commitment, connection between fans and players pleased me most. We pressed them, pushed them back, we tried to be aggressive and we made them make mistakes.

“It is a privilege to be a manager of a squad with this attitude. You cannot ask for more. For our players to beat a team like Manchester City is fantastic, I am delighted for them.” Man City boss Pep Guardiola: “We played well. We conceded a goal and should have avoided it, but in the second half we played good as well. So congratulations to Manchester United. The quality of the opponent always counts.

Man of the Match – Anthony Martial

City host Arsenal in their rearranged Premier League fixture on Wednesday at 7.30pm – live on Sky Sports – before entertaining Burnley on Saturday at 3pm.