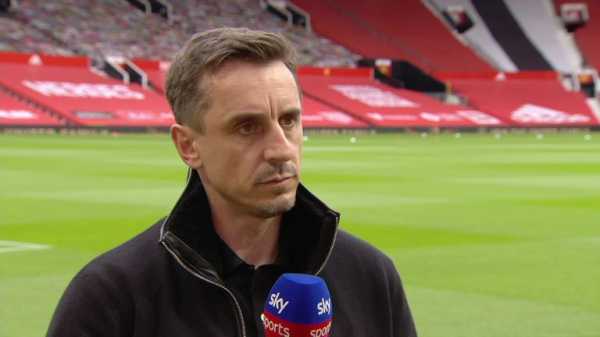 Gary Neville has taken aim at Financial Fair Play (FFP) and UEFA after Manchester City’s Champions League ban was overturned on Monday, saying FFP “needed this slap around the face”.

Pep Guardiola’s side will play in the Champions League next season after the Court of Arbitration for Sport (CAS) lifted the club’s two-year ban from European football.

After hearing evidence over the course of three days in June, CAS has now overturned the suspension and reduced City’s initial €30m fine to €10m (£8.96m) after finding “most of the alleged breaches reported were either not established or time-barred”.

Neville has long been a critic of how FFP is implemented by UEFA and reiterated that message strongly on Sky Sports News ahead of Manchester United’s match against Southampton on Monday Night Football. 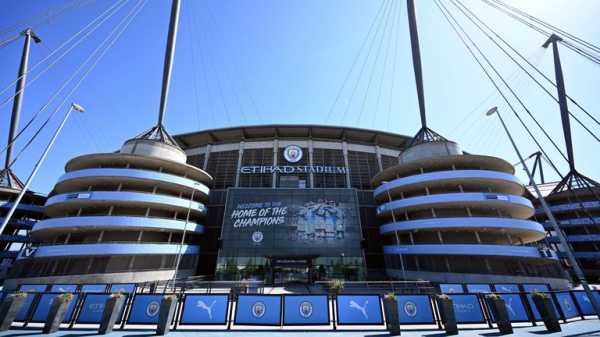 The Sky Sports pundit said: “UEFA can’t get a simple disciplinary hearing right – we’ve known that for years and years – and they’re certainly not going to be able to get something right that’s complex.

“They’re an organisation that is ultimately transitioning away from what it has been in the past and this is in some ways a hangover from something that started a few years ago. But it’s no surprise that in a serious court that Man City have won this case because UEFA are an organisation that simply cannot organise their own disciplinary measures.

“The idea that they could take on a Manchester City legal machine that were going to throw everything at this and rightly so, not just because they’ve got the money but because they’re defending their reputation, they were always going to come unstuck. 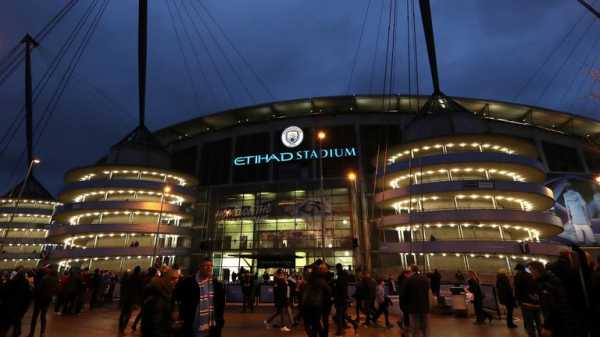 1:32 Bryan Swanson analyses City’s overturned European ban and discusses where it leaves the club and UEFA

“I know that’s not what was being debated in the courtroom and legalities of it, but I don’t believe in FFP. I think FFP needed this slap around the face. I said a few months ago, FFP would have prevented Jack Walker doing what he did 30 years ago at Blackburn.

“I know people have issues around potential owners, state ownership and other models but the reality is we’re not talking about that here, we’re talking about Financial Fair Play, the finances and people who can invest into football clubs. 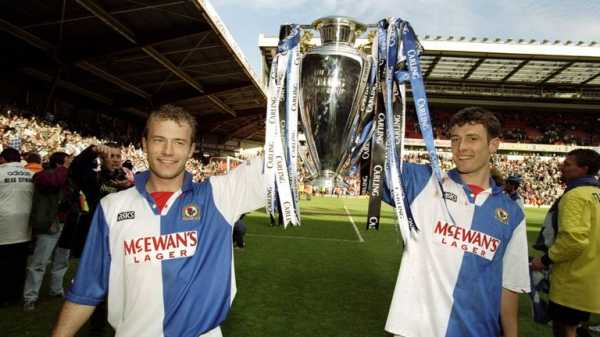 “It’s fundamentally wrong that there are restrictions placed on owners to put money into football clubs. Whether it’s Chelsea, Man City or Blackburn, all those stories we’ve had in the Premier League over the last 20 years or so, the addition to challenging Manchester United, Arsenal and other clubs wouldn’t have happened if FFP had been implemented in its truest form. I don’t believe it’s right. There has always been rich owners investing into football clubs and that won’t change today. FFP needs changing to a different model.

“An owner should have to fulfil the obligations he commits to – that is my take on how to create a sustainability model at a football club.

“If Manchester City are signing contracts worth £200m for the next four years and they have the obligations placed on the club, they should have the money to be able to fulfil that. If the loss per year is £50m, the owner should, whether it’s through a bank guarantee or a bond, have to fulfil the obligations they commit to. They shouldn’t be able to leave what are essentially community assets in a mess. 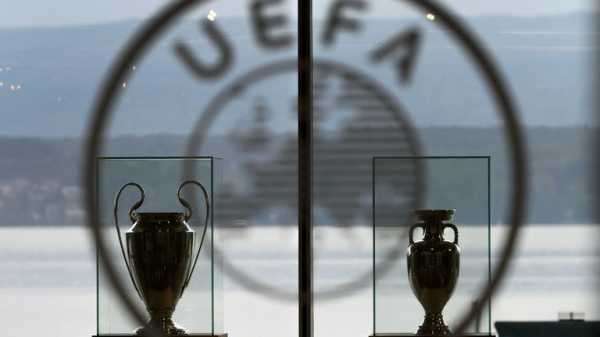 “We’ve seen it at lower league levels and at the top of the game, owners have to have the money they commit to – that’s it, as far as I’m concerned. So you need a test that has that as its fundamental, not one that restricts people. If you’ve got a trillion quid and you spend a couple of billion, that’s fine. If you spend 100 grand and you’ve only got 50, that’s not fine.

“It’s not about the amount of money someone puts into a football club, it’s about whether than can afford it and it’s a test that needs creating based on that foundation.” 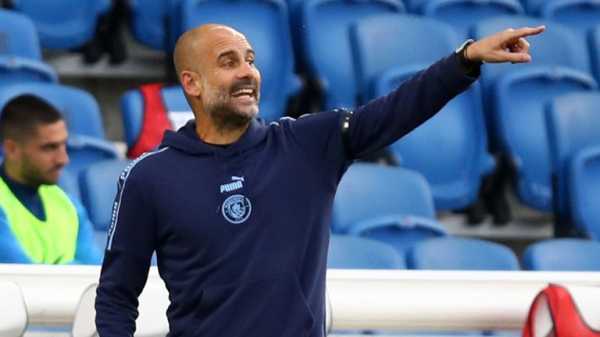 There had been rumours before Monday’s appeal ruling that some players could leave in the summer if Man City did not have Champions League football, but Neville says the verdict can now let the club look towards the future.

“It [the ruling] is not surprising. It’s a big relief for Manchester City, not just with what they want to achieve in the immediate term, but it would have left a stain on the club in terms of the trophies over the last few years if they had been found guilty of it… and they would have been worthless in a lot of people’s eyes,” he said.

“In terms of attracting players, that was being questioned and whether current players would want to stay at the highest level so all of those things will be a relief but I imagine it’s the fact that today, they’ve got through a serious court and overturned the UEFA decision. 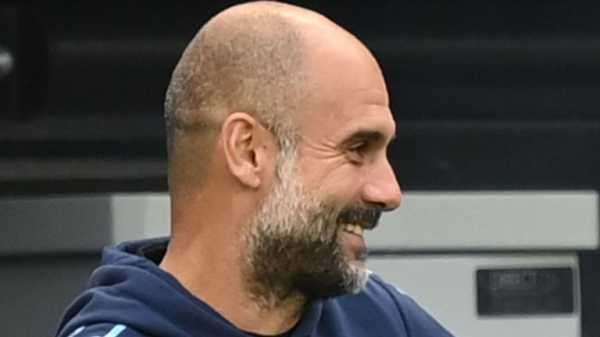 “It also allows them to move forward, sign players and do the things that they want and it won’t be held against them as in ‘I’m not signing because you’re not in Europe’ or ‘Pep’s leaving because they’re not a part of the Champions League’, all that sort of stuff has gone away now.”

The ruling also means that there is no longer uncertainty surrounding the Champions League qualification places in the Premier League, with the regular rules remaining in place.

This means Leicester, Chelsea and Manchester United are in a direct battle to finish in the top four, which will guarantee Champions League football next season. 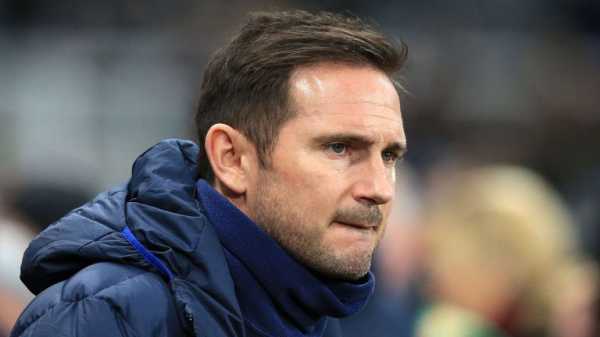 “They would have benefited from it but they wouldn’t have been banking on it. They have to win football matches and they can’t have any complaints if they finish fifth and are out of the Champions League on the chance that Man City lose some legal case in Europe somewhere.”

UEFA said that despite the decision, both itself and the European Club Association “remain committed” to the principles of Financial Fair Play. 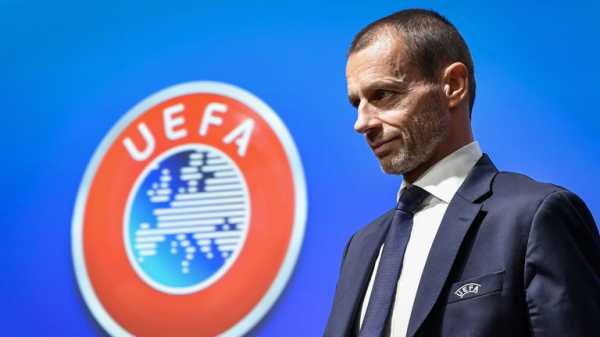 UEFA president Aleksander Ceferin told Sky Sports News in March that he believed FFP had been successful – but admitted it may be time to “modernise” the regulations.

He said: “It was established to stop the losses and it was successful. But, in the future, we will have to adapt it, change some things. Maybe we should modernise, go next step but when it will happen I don’t think very soon.”

Ceferin, speaking later to the Guardian in May, said that the “new times” amid the coronavirus pandemic could prompt change.

“We’re thinking of improving [FFP], modernising it and doing something more about the competitive balance,” he said. “We’re also considering some sort of ‘luxury tax’, if it’s possible.”