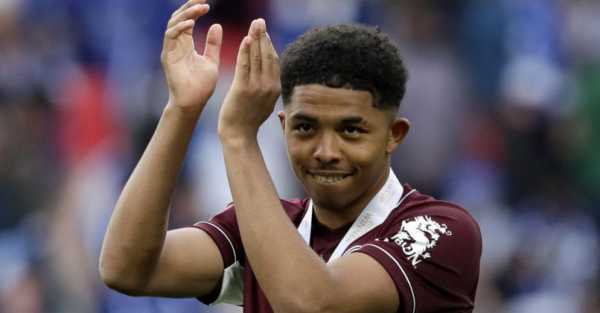 The 21-year-old has not played a single game this season after breaking his leg and suffering ankle ligament damage during a pre-season friendly last summer.

Yet as he nears a return to action, the Foxes have rewarded him for an impressive first campaign at the club following his £30 million (€27.5 million) move from St Etienne in 2020.

Fofana made 38 appearances in all competitions for Brendan Rodgers’ men last term, including their FA Cup final victory over Chelsea at Wembley.

“I’m really happy to sign a new contract,” Fofana told LCFC TV. “It shows the club have confidence in me offering me a contract to 2027.

“We have a great team and are continuing to progress, with a desire to win more trophies. That’s why I have committed my future to the club.”

Fofana returned to training last month and reports suggest he could be involved in the squad for Thursday’s Europa Conference League last-16 first-leg clash against Rennes at the King Power Stadium.

Leicester, meanwhile, have been fined £4,137 (€5,000) by European governing body UEFA after a fan ran onto the pitch during their 4-1 home win over Randers in the previous round last month.