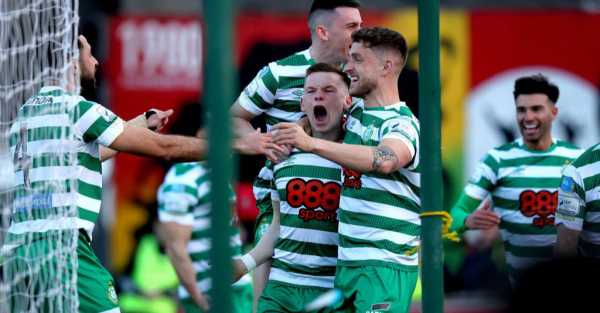 Rovers recorded a 3-1 win away to Bohs, with Andy Lyons bagging himself the first goal after five minutes.

It was Max Murphy who gave the visitors a leg up with an own goal before the break, leaving it 2-0 at half-time.

Junior Ogedi-Uzokwe found the back of the net for Boh’s in the second half, however it was not enough to push the home side on.

Rovers responded immediately with a goal from Danny Mandroiu.

Despite getting a win this evening, Rovers still sit in second place behind Derry City.

Things got heated at Oriel Park, with Shelbourne manager Damien Duff getting a red card for the first time in his career.

Duff’s side lost 2-1 against Dundalk in a game that saw both sides finish with 10 players.