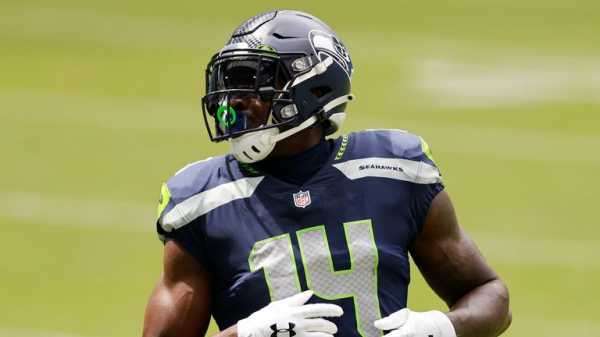 6:37 Hannah Wilkes, Josh Denzel and Jeff Reinebold pick out their favourite plays from the 2020 NFL season, including some angry Derrick Henry running, and D.K. Metcalf’s incredible run-down of Budda Baker.

Sleeper of the Season?

James Robinson. I know that the Jacksonville Jaguars are near and dear to the hearts of all of our UK NFL fans, but they’ve been such an abysmal team.

Somehow, this kid out of nowhere, was top five in scrimmage yards, at one point he was third in rushing in the entire NFL, he had double-digit touchdowns. 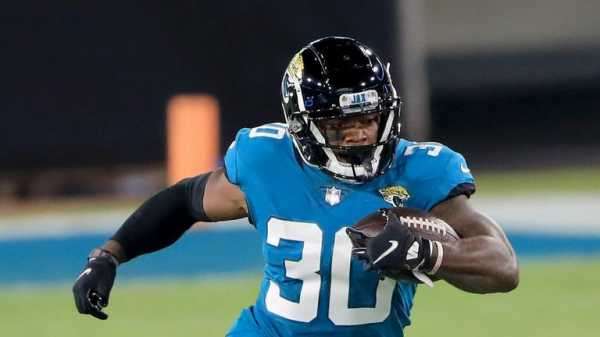 1:45 Watch some of Jaguars running back James Robinson’s biggest plays from his two-touchdown game against the Dolphins earlier this season.

For him to put this team on his back when every defence out there knew what was coming as he was the lone bright spark – averaging over four yards per carry – I think the NFL fans dropped the ball in not making him a Pro Bowler this year.

Rookie of the Year?

It has to go to Justin Jefferson. He is somebody I have talked about every week – he has won my heart over. 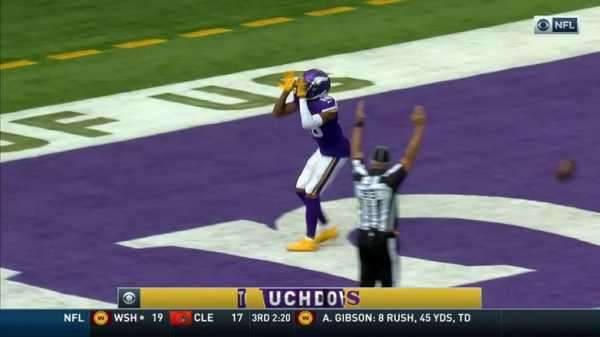 0:41 Watch this huge 71-yard touchdown reception by Justin Jefferson for the Vikings.

I thought Minnesota Vikings fans were going to be so upset that they lost Stefon Diggs, who has been crushing it in Buffalo clearly with the Bills – but both sides of that trade have really benefitted.

Jefferson just had 100-yard game after 100-yard game. Rookie receivers have done that more lately than in the past, but he is a true standout.

He carries himself like a veteran and I have no doubt he gets drafted early in NFL Fantasy next year.

Biggest Bust of the Year?

It’s hard, because there have been so many injuries. Christian McCaffrey; there’s Michael Thomas, it’s unbelievable what has gone on with him, still yet to score a touchdown.

But I’m going to say Ezekiel Elliott. The Dallas Cowboys offence, with so many changes, so much adversity – losing Dak Prescott – that should have been Zeke’s moment to really emerge and show he could be 60 per cent of the offence. 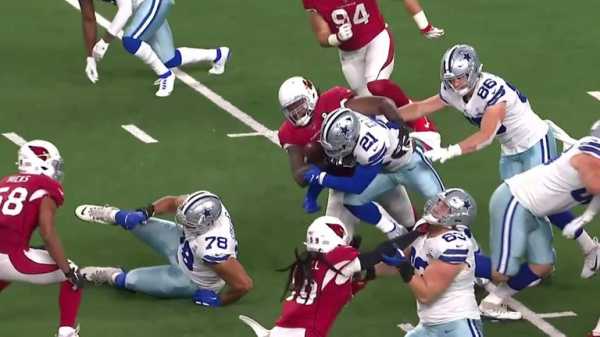 1:07 Ezekiel Elliott lost two fumbles as the Cardinals thrashed the Cowboys side 38-10 on a Monday night earlier in the season.

It wasn’t the case. And then, in Week 15, Tony Pollard goes in and racks up 132 yards against the San Francisco 49ers and you go, ‘oh, maybe it’s not the offensive line’s fault, maybe it’s Zeke underperforming’.

He was a big-time flop for fantasy owners.

NFL Fantasy Player of the Season?

It’s really tough, but I’m going to answer personally. For me, my fantasy quarterback that took me into my championship, was Josh Allen. 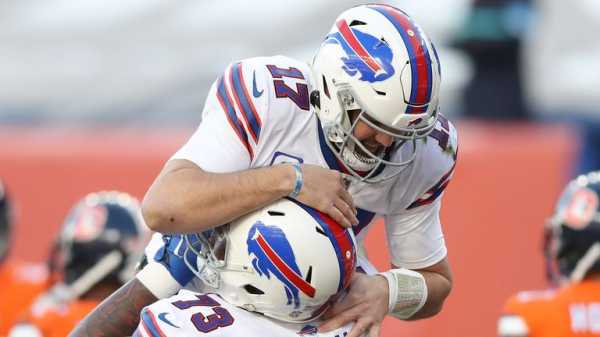 2:58 Josh Allen’s standout performance helped the Bills clinch the AFC East title for the first time in 25 years with a 48-19 win over the Broncos.

He was absolute stud; the leap he took from last year to this year was enormous. It was like he was missing a piece, and he has that now in Diggs.

The Bills run game isn’t very strong, they don’t lean on it very much, but instead of that being a weakness, Allen puts it all on his shoulders.

Moment of the Season?

The Derrick Henry stiff arm. What he did to Josh Norman was not ok. Though it wasn’t just him. 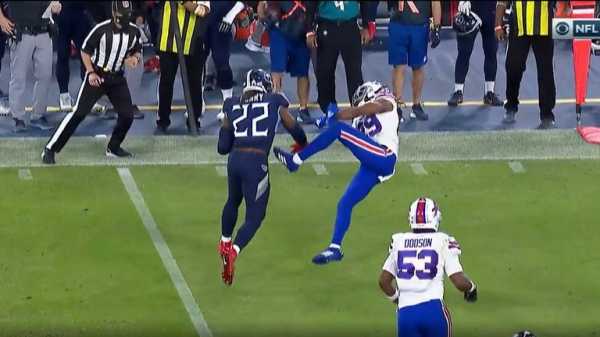 0:31 Derrick Henry sends Josh Norman flying after stiff-arming him away during the Titans’ victory over the Bills earlier this season.

Henry out there brings you back to what it was like growing up and watching football, seeing what the ground game meant – the angry runs that we talk about on Good Morning Football.

Those plays from Henry were the jaw-dropping, popcorn-flying-in-the-air moments from the season.