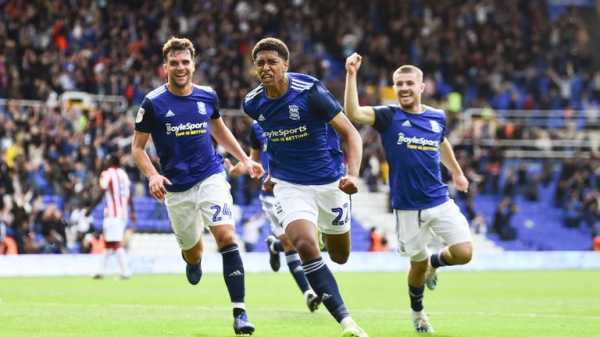 1:33 We take a look at Bellingham’s goals for Birmingham this season

There is no doubt that Bellingham was given his chance earlier than most. He had only just turned 16 when he made that debut at Fratton Park. He is the youngest player to feature in either of the top two leagues in English football and does not turn 17 until the summer.

These have not been token minutes either. There have already been more than 1500 of them in the Championship this season. As Clotet pointed out, Bellingham has had more than a taste of the action. He has emerged as an important player in the Birmingham team.

“Now the fans have one of their own on the pitch and I think there is nothing better than seeing a player who has been developed completely at your club make it through to the first team. And making it properly too because it is very easy to give minutes to young players. Playing them when you are sure they are going to make it is different.” 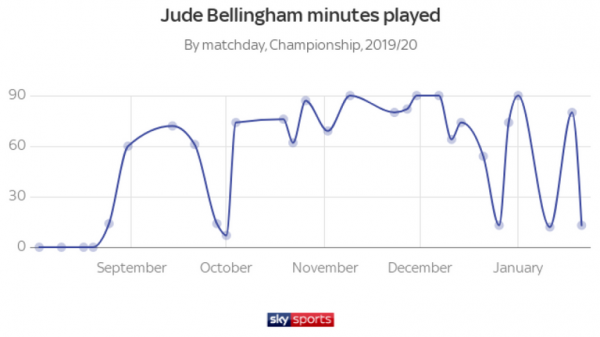 Perhaps Bellingham’s early breakthrough can be seen as inevitable but it also reflects Birmingham’s more open-minded approach to development. He has not been held back.

Speaking to Stuart English, the club’s head of coaching, he had an interesting analogy to explain their attitude to player development – one centred on the needs of the individual.

“In the past with coaching, it was too easy to treat everyone the same,” English told Sky Sports. “We talk about a motorway. We are all going in the same direction but there are four lanes in this motorway going at different speeds.”

Bellingham is in the fast lane but there have still been attempts to ensure that he has been provided with a more rounded experience. His education remained a focal point long after a career in football became an inevitability because of his obvious talent. 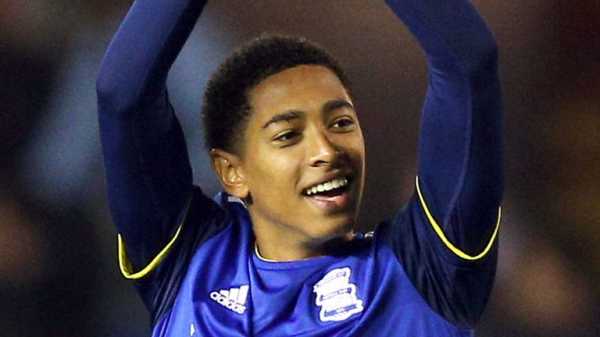 1:11 Mark McAdam explains what Bellingham has to offer Manchester United

A student at Priory School in Edgbaston, he has continued with his BTEC programme and even took on an additional sociology A Level in his own time. There have been charity initiatives in Kenya to keep him busy too. Mark Sinclair, Birmingham’s head of education and player care, has described him as an “excellent role model” for others.

It all fits with Birmingham’s ethos.

“We have a huge emphasis on education,” Speakman told Sky Sports.

“If a parent is bringing a talented young boy into our programme and they are passionate about him having a brilliant football education but they don’t want it impacting on his academic education then they might find our model is really good. We might be able to recruit someone over a category one club because of that.

“Being a category two club you are more susceptible but we have not found that to be a massive negative. Some of our audit scores for coaching have been the best around.”

English believes that one of the key aspects of a good coaching programme is not getting in the way of talent. Providing information is important, of course. But only by encouraging freedom of expression can young players really begin to fulfil their potential.

“We have a lot of highly talented players, but we need to keep improving to ensure that, as coaches, we are not harming them or stifling their creativity by putting them in a box.

There is no doubt that Bellingham has the intelligence to do that. The question now is whether he is already prepared to take the next step in his development.

There will be those who fear it is too soon. He is playing regular Championship football, after all. Certainly, returning to development games would feel like a huge mistake.

Clearly, the next step for Bellingham is Premier League football. Manchester United are not the only ones convinced that this is a player who is ready for that step sooner rather than later.