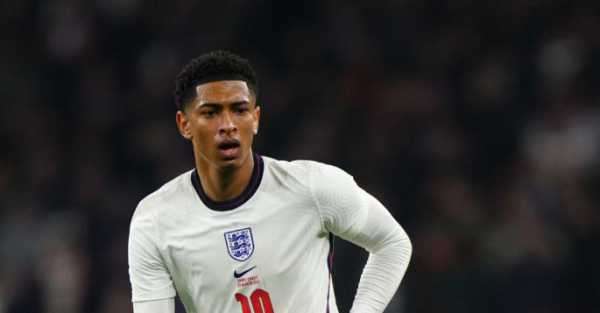 Jude Bellingham was disturbed by the way Marcus Rashford, Jadon Sancho and Bukayo Saka were treated as “just black” rather than English once they missed penalties in the Euro 2020 final defeat to Italy.

An unforgettable summer came to an agonising end last July as the England’s bid to win the European Championship was settled on spot-kicks under the Wembley arch.

Rashford, Sancho and Saka missed the crucial penalties and were immediately subjected to sickening racist online abuse, which led to some individuals receiving custodial sentences.

Bellingham, 18, was an unused substitute for the final and felt some people’s true beliefs came to the fore after the England trio’s misses.

“The biggest take away from the whole experience for me was the contrast,” he told CNN. “I think you look at the run into the final, it felt like the country had united and it felt like we were heading on the same path.

“And then as soon as they missed the penalty, they’re not English, they’re just black.

“Anyone could miss a penalty. Anyone can make a mistake in their line of work. But it’s impossible to be criticised like that. It should never happen.

“They are human. Look at what Marcus has done with feeding the children. He’s bringing out books. He’s supporting people in that way.

“Jadon’s got pitches in London, I think, released some boots that a load of people from his area felt proud of. Bukayo similar. All top, top characters.

“And then you see them kind of brought down like that. It’s disgusting, but it’s hard to take, to be honest, as a team-mate. It’s really like…wow, because that could have been me.

“What if it was me who missed the pen? And all of a sudden you’re English for seven games, you miss a pen and you’re nothing.”

Bellingham gets a racist message in his Instagram inbox after most games, saying the number depends on what he’s done during the match.

“I don’t think there’s a single job in the world where you deserve to be criticised with racism.