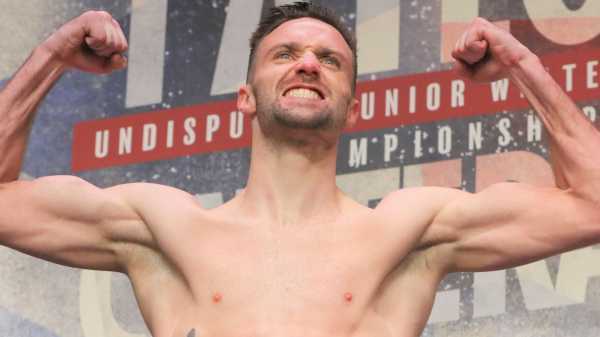 Josh Taylor can move into the rare bracket of elite fighters involved in super-fights if he dispatches Jack Catterall tonight.

His stunning career achievements to date mean that only Tyson Fury could dispute his status as Britain’s best fighter. 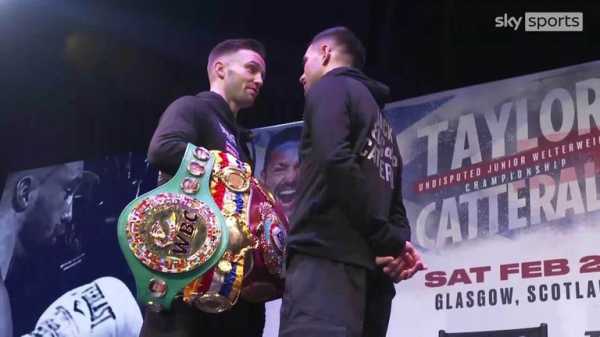 He became the first Brit to become a four-belt undisputed champion by beating Jose Ramirez in Las Vegas last year, the latest in a long run of brilliant results.

He only faces the very best – his previous six opponents had a combined record of 133 wins and zero defeats before they faced Taylor. 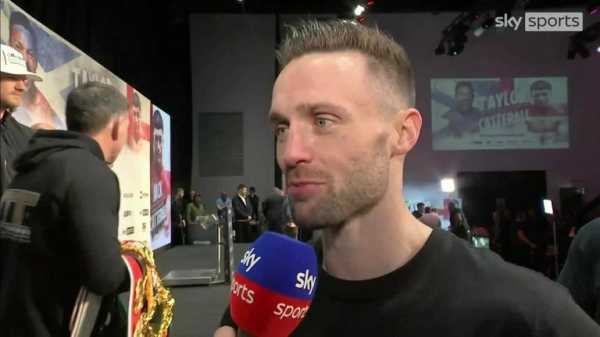 The WBO awarded him as special ‘super’ belt on Friday which could smooth the process for Taylor to move to welterweight and immediately become the mandatory challenger to Terence Crawford, who is arguably the most mouth-watering option for him.

His fiancé Danielle Murphy described Taylor alongside ‘Braveheart’ as “the next William Wallace”.

“We’ve always said we could move here or there but our roots are in Scotland and we are proud,” she said ahead of his homecoming fight. 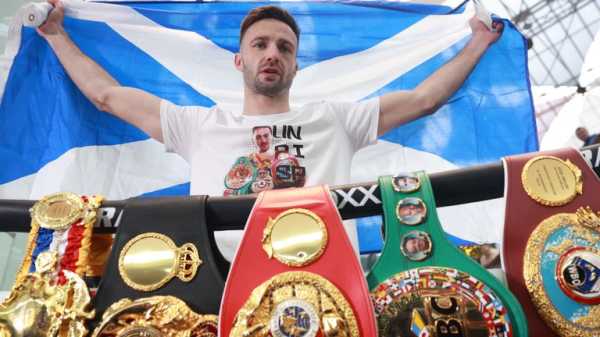 Josh Taylor’s fiance Danielle Murphy says the backing of the Scottish fans means a lot to them, with Josh thriving off their support

“It pushes him on. When you hear everyone roar his name, chanting, clapping.

“I get emotional because everyone is here for him.”

His mother Diane told Sky Sports News: “It hasn’t sunk in yet what he has actually done. I still can’t believe it. It is surreal.

“He would always say he would be a world champion at something but we never knew.”

His father Jamie added: “I am very proud. “There are only two undisputed champions in the world – Saul ‘Canelo’ Alvarez and Josh. It can’t get better than that.”

The rivalry hots up 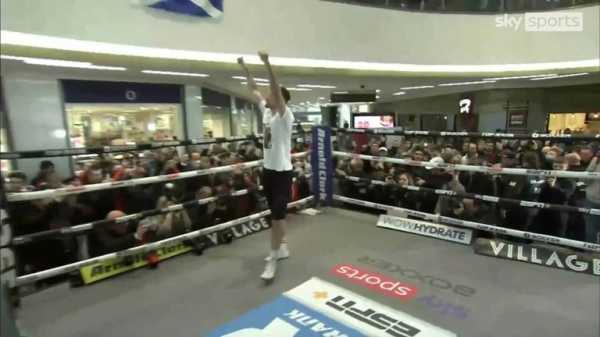 Catterall said: “We expected that. He has been bamboozled by how laid back I have been.”

Taylor muttered to Catterall during a previous face-off: “This is it, now.”

Taylor: “You’re going to get a pasting, mate. How are you feeling?”

Catterall: “I’m alright. Really good. This has been a long time coming.”

Taylor: “You’re going to go crumbling down. Are you going to fight or run?”