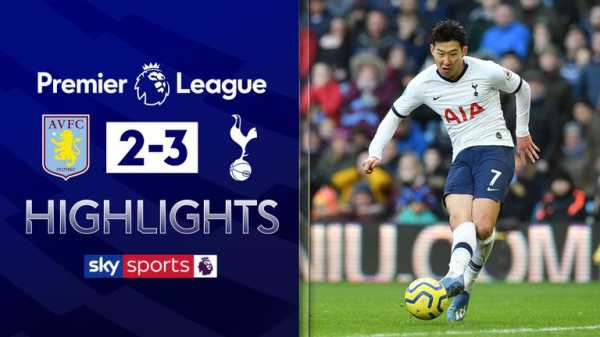 3:00 FREE TO WATCH: Highlights from Tottenham’s win against Aston Villa

Aston Villa were left bemoaning a VAR decision and a costly mistake by Bjorn Engels deep into stoppage time but Tottenham are entitled to feel the points were deserved. Villa goalkeeper Pepe Reina was arguably the man of the match. Spurs had more shots in this game – 23 – than they’d had in any Premier League away game over the past three seasons.

“It was a performance with a fantastic mentality, personality and desire to win,” he said afterwards. “I think it is the match since I arrived when we created the most chances. We had so many chances to score and not just the chance that arrives occasionally but the chance that we build and that we really work for. Beautiful football.”

Indeed, this was the most shots that Tottenham have had anywhere since facing the same opposition on the opening weekend of the season. They needed two late goals from Harry Kane to see off Villa in that one but the encouragement here came from the fact that Spurs looked so dangerous even without their star striker in the starting line-up.

Son operated more centrally than he has of late and now has six goals in his last five appearances, while Lucas Moura was impressive in a slightly deeper role. The switch of position seemed to suit them both, although Son, in particular, was wasteful in front of goal and could have been left to rue his profligacy had the late chance not come his way. 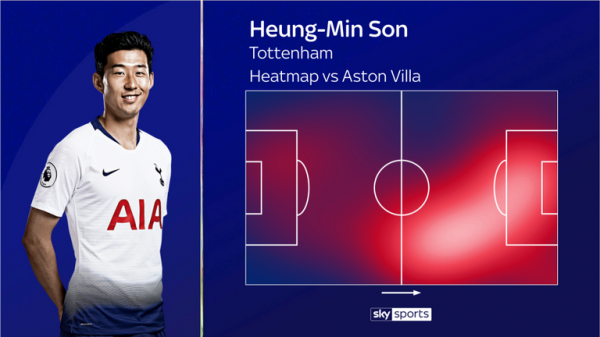 “The problem with Son and Lucas, especially these two guys, is that they have to play 90 minutes every game,” explained Mourinho. “That is the problem with them. If they run out of fuel then we are in trouble. But their quality as players is fantastic and their attitude towards the team is absolutely incredible.

Bergwijn, with four shots and three chances created for others at Villa Park, has undoubtedly added pace and purpose to the attack, while Dele Alli could well have scored too as he continues to find space in his favoured position just off the centre-forward. In the positions behind them, Mourinho, finally, seems to have options at his disposal as well. 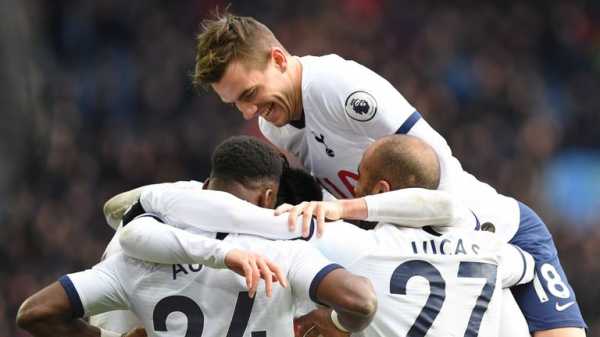 He was able to turn to Giovani Lo Celso in search of the winner in the final half-an-hour having preferred Eric Dier to the Argentine in an attempt to provide greater protection against the obvious threat of Jack Grealish. The Villa captain found plenty of space in behind Serge Aurier but Lo Celso helped to tilt the game further in Tottenham’s favour.

His corner delivery was threatening and might have brought the winner sooner had Lucas headed on target. His distribution was incisive too, one pass to Aurier cutting through Villa’s defence and resulting in a Bergwijn shot that was blocked. A clever reverse pass with his right foot then set up Son only for the forward to be denied by the veteran Reina.

In defence, the return of Ben Davies at left-back helps. The Welshman endured a testing first half but having been out of action since Mourinho’s very first game in charge, perhaps that was to be expected. Of more significance is the fact that his presence back in the team could allow his manager to revert to his initial plan for Tottenham’s defence. 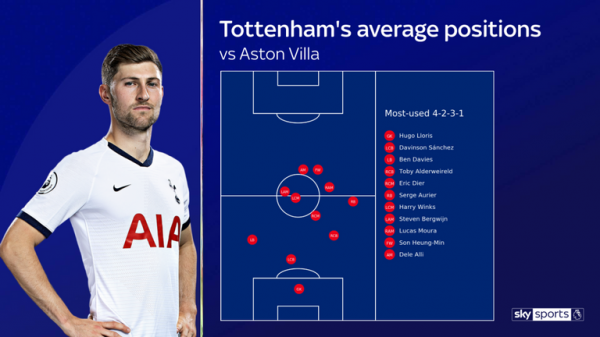 Jan Vertonghen, Japhet Tanganga and Ryan Sessegnon have all had to show “adaptation” – Mourinho’s choice of word – to fill the void but with Danny Rose now gone, Tottenham’s only natural left-back is fit once more. That will make a difference.

Tanganga, while solid, did not even attempt a cross in his three starts at left-back. Here, Davies provided Alli with a presentable opportunity inside the penalty box. Moreover, unlike Rose, he is able to tuck inside and make sense of the lopsided back four that Mourinho envisages. 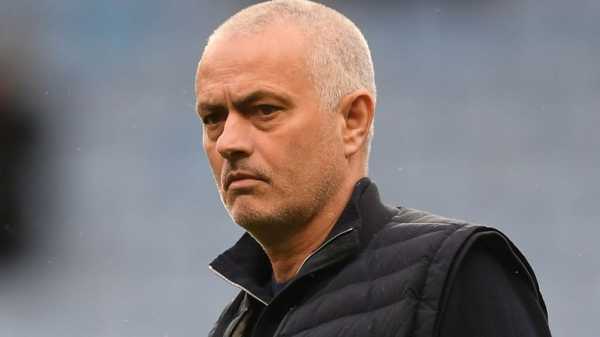 All set for Champions League?

The Spurs boss spoke of having to “manage this chess game without pieces” following the FA Cup win over Southampton last time out but the pieces are now falling back into place. Just as well. The schedule is hectic with RB Leipzig the opponents on Wednesday night before what now looks to be a huge game against Chelsea at Stamford Bridge on Saturday.

Manchester City’s European ban raises the possibility that fifth place will be enough to secure Champions League football at the Tottenham Hotspur Stadium next season. And while Mourinho was refusing to get carried away – “if we are six or seven it doesn’t matter” – it is clear that he is ready for the challenge. “We have a big fight,” he added.

“Sheffield United, Wolves, Manchester United, Everton, Arsenal. Everybody looks to the table and says week after week that they can do it.

They all can. But belief is growing that Tottenham will.