The International Olympic Committee has said it “regrets very much” that 28 Russian athletes have had their doping bans from the 2014 Winter Games overturned on appeal.

It has also warned that the Court of Arbitration for Sport’s (CAS) decision could have a “serious impact” on the fight against doping.

In a decision announced on Thursday, CAS confirmed the anti-doping rule violations of 11 Russian athletes at Sochi 2014 but said there was insufficient evidence to prosecute the other 28. Those 28 will now have their bans overturned and their results reinstated.

The 11 who saw their violations upheld will have their lifetime Olympic bans reduced to just cover the 2018 Winter Games, which start in Pyeongchang on February 9.

In a statement, the IOC said it had taken note of the CAS decision with a mixture of satisfaction and disappointment.

“On the other hand, the IOC regrets very much that the panels did not take this proven existence of the systemic manipulation of the anti-doping system into consideration for the other 28 cases.”

This, it continued, is because CAS required a higher burden of proof than the IOC disciplinary commission that awarded the bans, which “may have a serious impact on the future fight against doping”. 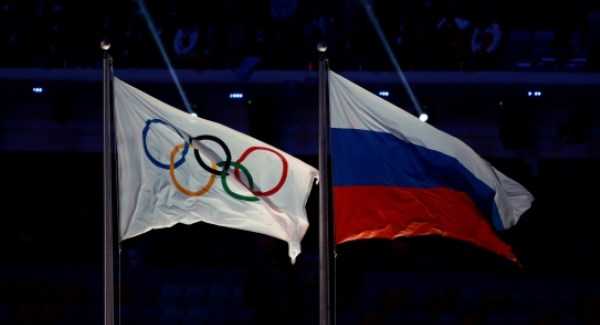 CAS has not yet released the reasoned decisions, or full judgements, of the two panels of experts who listened to the Russian appeals in Geneva last week. The IOC has said it will analyse those decisions “very carefully” to consider its options, which may include an appeal through the Swiss federal courts.

More pressingly, the IOC reiterated that the successful appeals do not mean those 28 Russians will be able to compete at this month’s Games.

Olympic chiefs suspended the Russian Olympic Committee in December, which means only Russians invited by the IOC can compete in Pyeongchang and they do so as neutral ‘Olympic Athletes from Russia’ (OARs) and only after they were carefully vetted by a panel of anti-doping experts.

The list of 169 invited OAR athletes was confirmed last week and none of those who have been successful on appeal at CAS is on it.

“The result of the CAS decision does not mean that athletes from the group of 28 will be invited to the Games,” the IOC statement added.

“Not being sanctioned does not automatically confer the privilege of an invitation. In this context, it is also important to note that the CAS secretary general insisted that the CAS decision ‘does not mean these 28 athletes are declared innocent’.”

The CAS decision was announced via a press release and among those successful at appeal are men’s Olympic skeleton champion Aleksander Tretiakov, the current women’s European and World Cup skeleton champion Elena Nikitina and Olympic cross-country gold medalist Alexander Legkov.

Aleksandr Zubkov, the double Olympic bobsleigh champion and Russian flag-bearer in Sochi, failed to overturn his ban, however, as did three members of Russia’s second unit in the men’s four-man bob in 2014, which means Great Britain’s upgrade to bronze should be a formality.

The 39 appeals were heard in two batches in Geneva last week, with all but two athletes attending in person. They were heard via video link.

Also appearing via video, were their two chief accusers, the former head of the Moscow anti-doping laboratory Dr Grigory Rodchenkov, who fled to the United States in 2015 and is the main whistleblower in the Russian doping scandal, and Professor Richard McLaren, the legal expert who examined Rodchenkov’s claims on behalf of the World Anti-Doping Agency.

McLaren’s report, published in December 2016, revealed documentary and forensic evidence to corroborate Rodchenkov’s story of an increasingly sophisticated conspiracy to dope more than 1,000 Russian athletes, across 30 sports, over at least five years and two Olympic Games.

Converting that evidence into individual doping cases, however, has proved very difficult, as the IOC has just discovered, despite setting up two bespoke disciplinary commissions to build on McLaren’s work and prosecute athletes.

In a statement, CAS said: “Both CAS panels unanimously found that the evidence put forward by the IOC in relation to this matter did not have the same weight in each individual case.

“In 28 cases, the evidence collected was found to be insufficient to establish that an anti-doping rule violation (ADRV) was committed by the athletes concerned. With respect to these 28 athletes, the appeals are upheld, the sanctions annulled and their individual results achieved in Sochi 2014 are reinstated.

“In 11 cases, the evidence collected was found to be sufficient to establish an individual ADRV. The IOC decisions in these matters are confirmed, with one exception: the athletes are declared ineligible for the next edition of the Olympic Winter Games instead of a life ban from all Olympic Games.”

In a statement, Walden said: “Dr. Rodchenkov testified fully and credibly at CAS. His truth has been verified by forensic evidence, other whistleblowers, and, more recently, recovery of the Moscow lab’s secret database, showing thousands of dirty tests that were covered up.

“This panel’s unfortunate decision provides a very small measure of punishment for some athletes but a complete ‘get out of jail free card’ for most.

“Thus, the CAS decision only emboldens cheaters, makes it harder for clean athletes to win, and provides yet another ill-gotten gain for the corrupt Russian doping system generally, and (Russian president Vladimir) Putin specifically.”