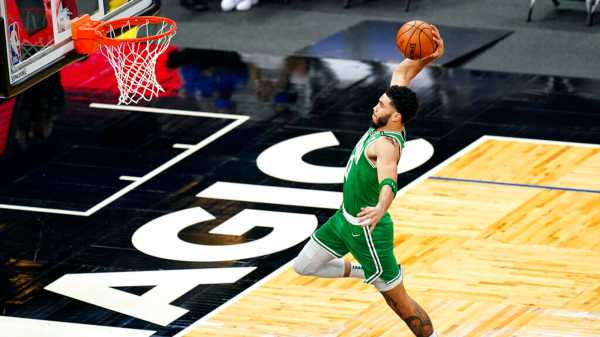 The Celtics seemed to be stuck in a perpetual limbo of almost being a Finals team, without ever quite being able to get over the hump.

Last year saw a regression though, as the team was dumped out in the first round of the playoffs via a gentleman’s sweep by the Brooklyn Nets.

Last year’s shift backwards prompted a change upstairs as Danny Ainge stepped down as GM, handing the reins to Brad Stevens. He replaced himself as head coach with Ime Udoka, and Stevens has also wasted no time in turning around the roster, trading away Kemba Walker, while Evan Fournier, Tristan Thompson, Semi Ojeleye, Carsen Edwards and fans’ favourite Tacko Fall have also all been let go. 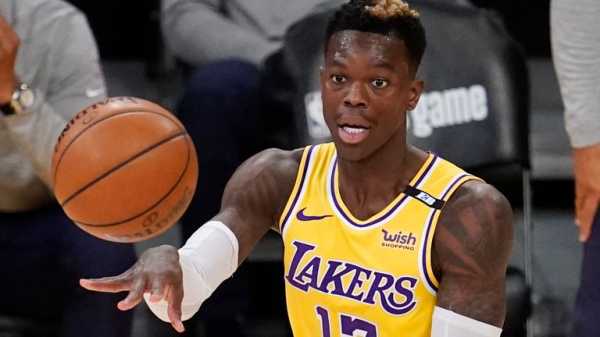 Image: Dennis Schroder was amongst the summer acquisitions for the Boston Celtics

In terms of incomings, Dennis Schroder is running the point after his contract gamble with the Lakers (he turned down $84m) backfired spectacularly, Al Horford and Enes Kanter provide a couple of experienced bigs and Josh Richardson has been brought in to supplement the depth on the wing. Juancho Hernangomez is also another intriguing addition for the Celtics to try and piece the jigsaw around.

But that is the key element, they have been trying to piece that jigsaw together for numerous seasons now and the balance has never been quite right. Probably the closest it has been was in the first year of Tatum’s NBA career when they ran the LeBron James-led Cleveland Cavaliers to seven games in the Conference Finals.

It is early in the season and a small sample size of course but, at 2-3 so far, there are legitimate questions about the Celtics’ viability as a true contender and although the new coach and roster need time to settle, there are a number of key areas which need looking at and addressing.

Sort out the defense and rebounding

Stevens built a reputation as a coach who would get his team to be very tough defensively every night and the team averaged finishing in or around the top five in the league in defensive rating throughout his tenure. That was until last season, when they were 13th.

Udoka is a coach who has a strong defensive emphasis, and learnt at the feet of the master in Gregg Popovich in San Antonio, so there is no doubt he has the talent to coax some good defense out of this team, but so far this season the defensive rating has cratered to 23rd in the league, 110.6, across the first five games. 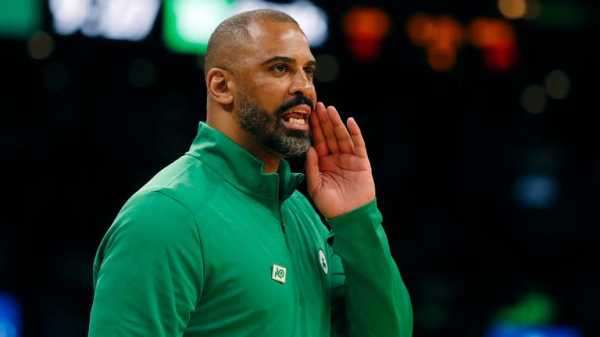 Image: Ime Udoka on the sideline for the Celtics against the Toronto Raptors

Boston are allowing teams to shoot way too many uncontested threes from outside the arc, especially when you consider the roster has elite perimeter defenders such as Brown and Marcus Smart, who is a one-man defensive wrecking crew on his day. The Celtics are 27th in the league in that category and in terms of the amount of second-chance points they are allowing the opposition. Again, small sample size, but that shows they are not hitting the defensive glass hard enough or defending the subsequent possessions well enough.

These are areas the Celtics can sort fairly quickly in a general sense, although there are questions about whether the rim protection provided by Robert Williams will be enough against elite offensive players in the playoffs. The young man is developing well, but he is undersized at 6ft 8ins, and that would be a lot to ask of him. Perhaps that is an area Stevens may look to bolster approaching the trade deadline.

One thing Ainge would argue that he did is drafted fairly well, with Tatum and Brown very much evidence of that. But what of the new wave: Payton Pritchard, Romeo Langford and Aaron Nesmith?

Nesmith has the potential to be a serviceable player in the league and Pritchard can be a knock-down shooter for sure, but there is a lengthy development curve ahead for both of them. 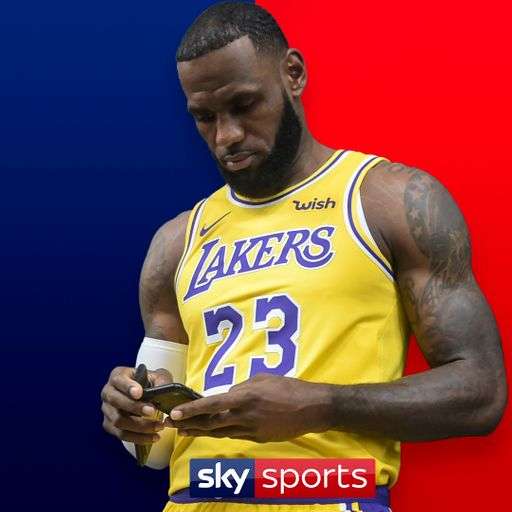 Langford is an intriguing one. Selected 14th in the 2019 draft, his trajectory has been affected by a litany of injuries which means his career his never really managed to pick up any momentum. His shooting stroke is nice, though, and can be developed, and he has shown glimpses that he could be a very strong defensive player when on the floor. Langford has a $5.6m team option for next year, the team has yet to pick that up but if he can stay injury free the rudiments of a good two-way player are there.

Grant Williams is also worthy of a mention as he consistently figures as part of the rotation in a variety of roles and he clearly is the type of player who quickly earns the trust of a coach, while the other Williams (Robert) has not been included here, because although young, he is now very much an established part of the roster.

Add another star or bank on Tatum?

This is the however-many million-dollar question.

If Tatum can make the leap to having an MVP-calibre season, will that be enough to send the Celtics over the top? Or, should the team look to re-tool the roster and surround him and Brown with a third star – one who does not want things all his own way like Kyrie Irving did?

Tatum is undoubtedly a generationally-talented scorer, but his shot choice is often very questionable and it is an area that has not really improved even as he has gained more experience in the league.

Tatum's dismal shooting against the Knicks

There have been 3,961 individual performances in which an NBA player took at least 30 shots. Only 21 of those performances came up with fewer than the 20 points Jayson Tatum scored on his 30 shots against the Knicks. And only 5 of those 21 happened during the three-point era.

In the double-overtime defeat against the Knicks that was starkly apparent but, in contrast against Charlotte he went 50 per cent from the field and from three-point range and was perfect from the line as he scored 41 points in 41 minutes, so it is about managing to achieve a consistency in terms of his shooting on a night-to-night basis which will be key to him being able to be relied upon to lead a team to a championship.

Tatum is still averaging more than 26 points a game, eight rebounds and four assists early in this new season – and more crazy than any of the above, he is still just 23, now in his fifth year in the league. So there is plenty of time for the young man to take that step. 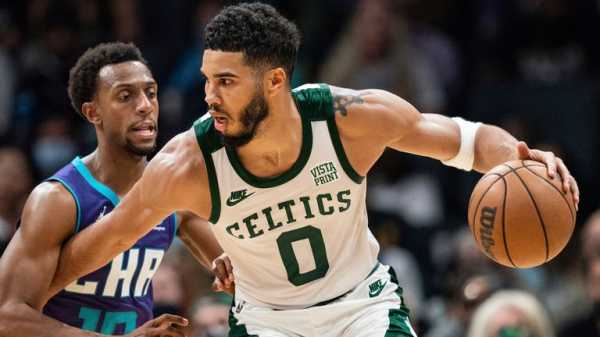 If Boston did go down the other route, though, there are a few stars they could look to. One name who has been consistently linked is Bradley Beal and coincidentally it will be he and the Washington Wizards, who have have started an impressive 4-1, that are taking on the Celtics on Saturday night.

Consistency and a settled roster

A big problem for the Celtics over the last few years has been consistently being able to put their strongest team out on the floor. This is an area where the gods have not smiled upon Boston.

Injuries and niggles hampered Stevens in his attempts to keep a settled team out on the floor. Last season, for example Brown managed 58 games as he struggled with a wrist injury, while Tatum played in 64 due primarily to Covid-19 protocols.

Consistently getting the best team on the floor is key to any team’s success. Ensuring they perform consistently when they are out there is also important, so Boston will be looking for the team to play hard on defense every night and shoot the ball well. At the moment the team’s field goal percentage of 43.5 per cent is only good enough for 20th in the league but expect that to trend upwards as the ball is moving far more fluidly in the early part of this season than it was last year.

This is the final area and it is quite hard to quantify for any team, but how many born winners do you have out there on the floor? And how many players do you have on the roster who can lift those around them to that status?

As Sky Sports pundit Mo Mooncey has suggested on Heatcheck, in many ways it is “title or bust” in Boston every season, such is the grandeur of the franchise. 2008 was the last title, so there has been a fair wait in Beantown.

This is probably the most important area of all of those we have mentioned and it is one where the players on the team certainly still have to prove themselves. The mettle of Smart, the intelligence and hard play of Brown, and the flair and fearlessness (remember that dunk on LeBron) of Tatum may be enough one day, but the Celtics will have to improve in the immediate future if they are to be deemed a proper contender.