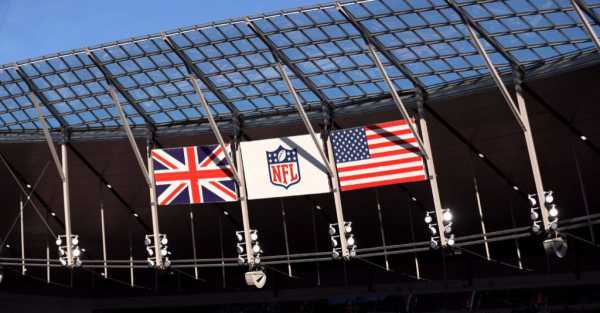 Aaron Rodgers’ Green Bay Packers will take on the New York Giants as the NFL brings three games to London later this year.

The Packers become the 32nd and final team to play in the English capital since it first hosted a regular-season game in 2007 and will take on the Giants at the Tottenham Hotspur Stadium on October 9th.

Spurs will be hosting games on back-to-back weekends, with the New Orleans Saints taking on the Minnesota Vikings on October 2.

The Jacksonville Jaguars continue their commitment to London when welcoming the Denver Broncos, and their new quarterback Russell Wilson, to Wembley Stadium on October 30.

Having beaten the Miami Dolphins at Tottenham Hotspur Stadium last season, the Jags return to their home away from home as they play under the arch for the eighth time since 2013.

Shahid Khan, Jags owner and chairman of Sky Bet Championship winners Fulham, said: “We were the first NFL team committed to play multiple games at Wembley and will be playing a home game here each season for at least the next three.

“We have the largest social following of any NFL team in the UK, our Foundation continues to expand, and we intend to keep growing.

“I look forward to being back in London to watch Fulham and the Jaguars play, in what I think will be a hugely exciting year ahead for fans of both teams.”