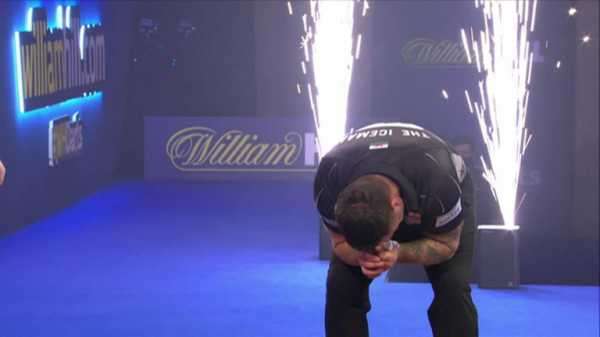 1:40 Price sealed his maiden World Championship title with a 7-3 victory over Gary Anderson at Alexandra Palace on January 3

No wonder Price is enjoying his darts. ‘The Iceman’ has shattered a host of records over recent years, and his World Championship triumph on January 3 saw him become the first Welsh PDC world champion, and the 11th world No 1 in PDC history.

“I never thought I would get to No 1,” Price added. “I was just someone who wanted to earn a living and make a career out of it. If I was lucky enough to get into the top 16, I just wanted to provide for my family.

“As time goes on and you get more experience, you’re playing these players week in week out and realising: ‘I can beat these, I can get to the top’.

“I thought I would become a world champion one time, but I never really thought I could be No 1 until last year when the figures really worked out.”

Incredibly, Price only began playing the game a decade ago, signing up for his local pub league at Markham Miners Welfare. The rest as they say, is history.

“I was playing against the Gwent County players and the boys who played Welsh international for the BDO circuit, and I was beating them all. I was like: “I’m not too bad at this!”

“I started going to local opens, winning a couple of quid here and there just in the local rugby clubs. I met a good player and a good mate of mine, Barrie Bates, along the way.

“He kept saying: ‘You’ve got to go to Q School. You’ve got to give it a crack. I was always a rugby player. That was all I wanted to do, so I kept putting it off, and then in 2014 I decided to take the plunge.”

By 2016, Price had two Players Championship titles to his name and had broken into the world’s top 32. This was followed by an appearance in his first televised final at the 2017 UK Open.

His major breakthrough at the 2018 Grand Slam of Darts saw him overcome Gary Anderson in one of the most contentious finals in PDC history, to become the first Welsh winner of a major PDC tournament.

Dealing with the darting boo-boys 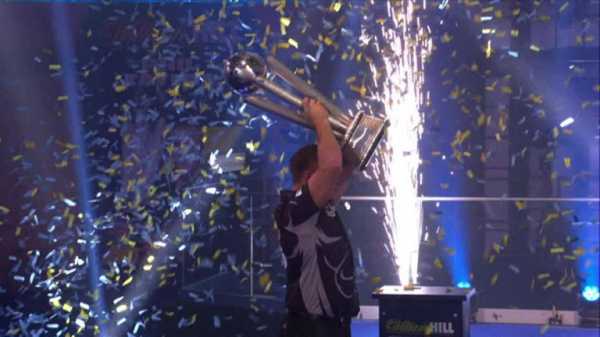 Nevertheless, the fallout saw Price cast as the sport’s pantomime villain. He was subjected to relentless hostility from crowds in the ensuing months, but his family were also targeted with vile social media abuse.

“When social media target your family, your daughter, it’s not what you’re in the game for,” the world champion admitted.

“You’re in it to earn a living and support your family, but for them to get grief from a sport that you enjoy, that was just a bit below the belt.

“It was hard to take. It was a struggle at times, but I’m glad I stuck at it, and glad that I dug deep and got through those times.”

It was a major test of Price’s mental fortitude, but he let his darts do the talking and the public’s perception of him has subsequently changed for the better.

Prior to lifting the Sid Waddell Trophy at Alexandra Palace, ‘The Iceman’ prevailed at the World Series Finals, led Wales to World Cup glory and captured a first World Grand Prix title.

Moments after Price sealed Grand Prix glory behind closed doors at Coventry’s Ricoh Arena, his children were shown on the big screen, celebrating as their dad lifted his latest major title aloft.

Family is everything for The Iceman

The visibly emotional Welshman paid tribute to his family during his post-match interview, and it provided a refreshing contrast to the combative persona cultivated by his critics. 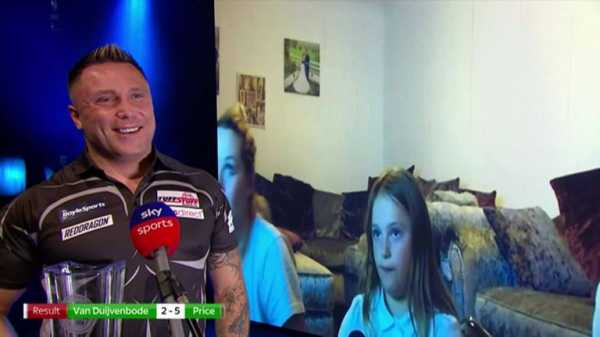 2:39 Price’s family were pictured on the big screen celebrating as he lifted aloft his World Grand Prix title

“I might be on stage being really boisterous, but then I’m still a person off the board and completely different to what you probably think I am on the board.”

Family is everything for Price. Just hours after toppling Anderson to achieve his darting destiny in January, he dedicated his world title triumph to his late mother in a touching Instagram post.

“I had only been playing for a year-and-a-half before my mum passed away. I never used to like her and my dad coming to darts because I used to say they were a jinx. Every time they came, I wouldn’t win anything,” Price added.

“When she passed away unfortunately, I said to my wife: “I’m never going to win now, she’s going to be with me all the time! It’s something that I wish she could have been there to see as well.”

However, having opened his account for the new campaign with victory at Players Championship 6, he heads to Milton Keynes for the Premier League full of confidence, as he bids to seal play-off qualification for the first time in his career.

Price is yet to really deliver in the sport’s most lucrative event, but given his proclivity for breaking new ground, it almost seems inevitable that he’ll be battling it out come Finals Night next month.

Watch the 2021 Premier League live on Sky Sports – the action gets underway on Monday April 5 with five consecutive nights of action from the Marshall Arena, Milton Keynes.